Heading south we more or less stumbled upon The Box near Socorro. Another win for the Mountain Project App! 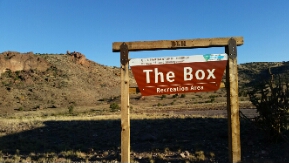 With little info we just headed for the sunniest bit of rock, and found ourselves on what we identified as East Wall. We did two routes on crumbly chose – the worst routes of the trip (actually the only two that haven’t been great to Awesome! ) and were about to write the place off as a bad decision and get back on the road.

However the sun had come onto the west facing Red Wall opposite and we decided to give it another chance. 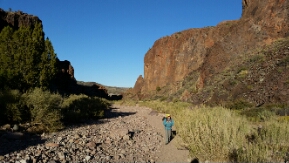 …like chalk and cheese  (or rock and Weetabix in this case ). Grand day salvaged and topped off with a few beers at the Socorro microbrewery.

We were so impressed we stayed an extra day to explore the South Canyon. This provided even better climbing and some very friendly locals – apparently this is the regular refuge for Albuquerque climbers when it is a bit chilly at home. 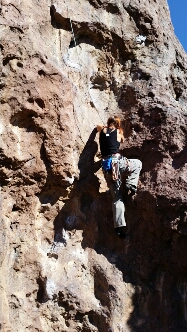 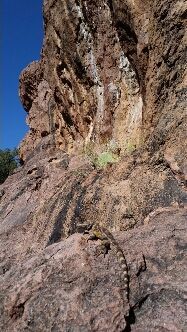 We left a little before sunset to catch the spectacular flocks of migrating cranes at the nearby Bosque Del Apache National Wildlife Refuge. 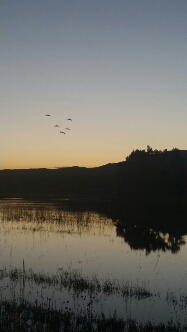