Forecasts suggested that a  decent start to the day would turn to showers, not ideal for the first Rucksack Club evening meet we’d managed to be around for in ages. But what time would rain stop play?

We made it to the crag by 5pm to find the “afternoon shift” out in good numbers. Great to see Charlie, Rick and Crill along with the usual suspects (Bill, Jeff, Warby et al). 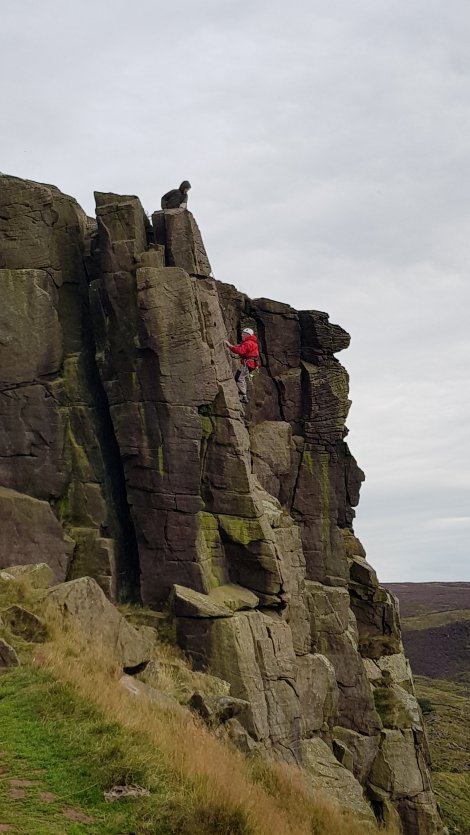 The team was further reinforced by climbing legend Richard McHardy and Barbara, who we’d met when they came as guests to one of my Club dinners. It turns out they they live very near the conglomerate crags we were climbing on last week and were pleased to hear we’d enjoyed them so much.

And Charlie demonstrated his party piece, leading Scoop Wall (it gets slippier every year!).

The “evening shift” never did arrive, but nor did the rain (quite!) but it did get increasingly chilly prompting a move to The Beehive.