Just ten minutes off our route to the south of the Peloponnese, Ancient Olympia was the perfect stop off for a quick injection of antiquity into our trip.

The site of the Olympic Games since around 800BC, there are many remnants of religious and secular buildings including the temple of Zeus which held a 12m high statue of the god which was one of the seven wonders of the ancient world. The statue has long gone, but perhaps more interesting are numerous examples of the wooden patterns used to shape individual pieces of the gold covering. 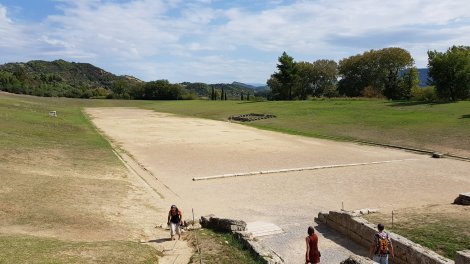 … and it’s remarkable to imagine the crowd of 45,000 cheering on Bolt’s predecessors.

In the adjacent museum are artefacts and sculptures from the site, including this remarkably preserved statue of the goddess Nike which was sculpted to celebrate victory over the Spartans in 425BC.

… Which is where we’re off to next! 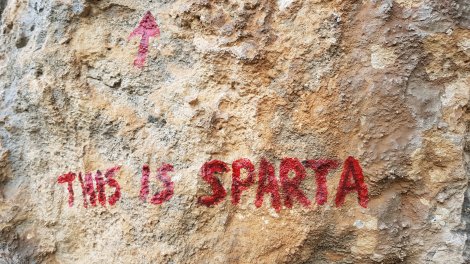