Yesterday’s sussing had pinpointed the abseil bolts for a couple of the main sectors (easier said than done!) and also got a couple of great pictures of a team enjoying the last of the rays on the west-facing wall at the end of “First Landing” – just about visible on the rightmost wall in the picture below. 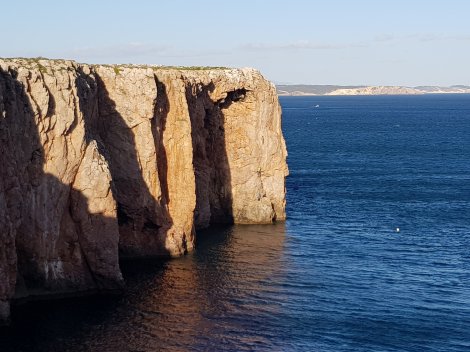 It was all bathed in glorious sunshine when we arrived the following morning, and once down from the top, the crag was even reasonably sheltered (and happily the sea was as flat as a millpond on this side of the headland).

Here’s Helen rapping info belay ledge of First Landing, down the line of Magellan, 6a (and a tough one!) which follows the overhanging corner. 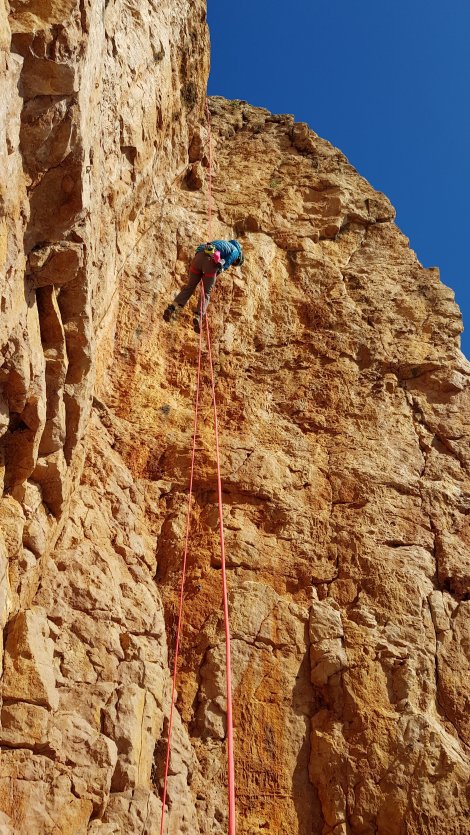 … and here’s a view down to the ledge from the top of that route. 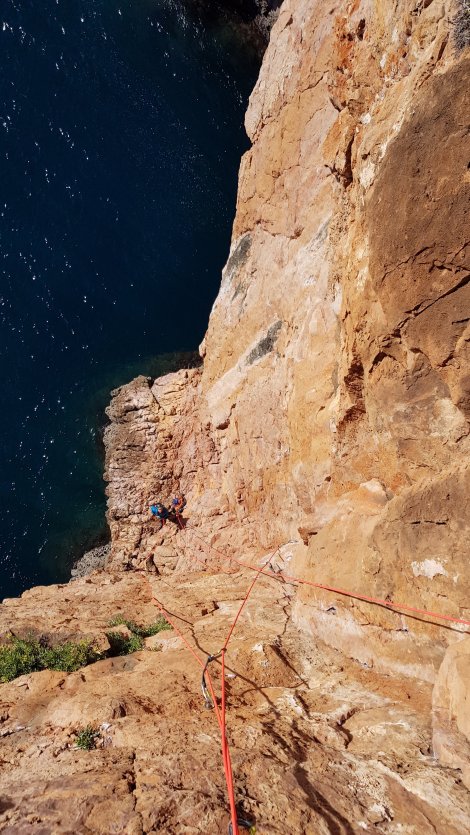 Next I did the truly outstanding Cristal Clear, which takes the left wall and overhang (right hand side of the picture above) at 6b – again no giveaway, but one of the best seacliff routes I’ve done anywhere. Then we finished up Monkey on a Stick, 5+ up the right arête, which takes in some great positions at a more reasonable (but still testing) grade. 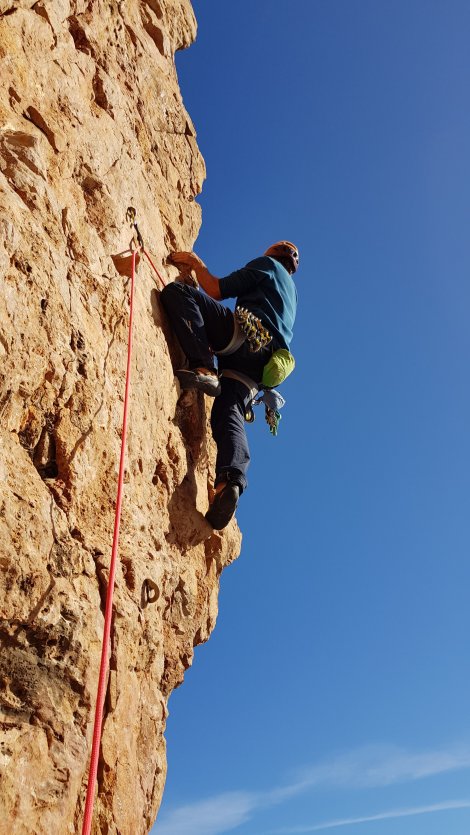 To save you a bit of hassle, here are the coordinates of the abseil points for the three sectors we reccied: 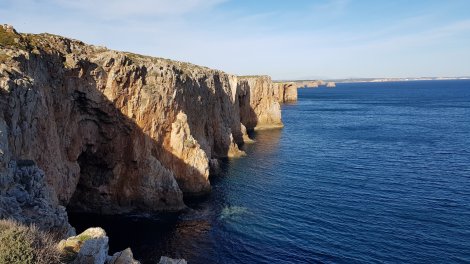 Anyway, after all that excitement it was time for a trip to the cafe on the other side of the headland (overlooking Navigator Slab) for a well-earned coffee (I know you were expecting “beer” but the sun wasn’t quite over the yard arm 😉 ) 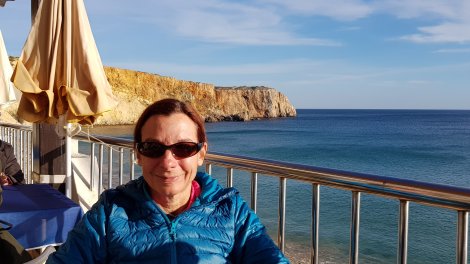 That’s it from our visit to Sagres – next stop is just south of Lisbon, so here’s a shot of a beer boat (Sagres is the most popular brand of beer on the Algarve) 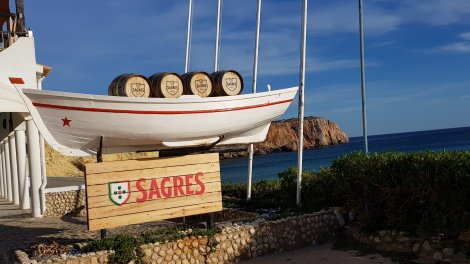