Another trip to Cubells – we were last here about 18 months ago with Bill and Steve. Once again the crag seemed to have been block booked by Brits, with a Welsh foursome we’d met at Alos and a couple we’d bumped into at Sant Llorenc also in attendance – funny how these random encounters multiply if you stay in the same area for a while.

Anyway, here’s Helen warming up on an “old favourite”, Raska de Nebraska, 6a

Followed by the imaginatively named “??”, 6a, which is actually a really good route and deserves a decent name!

and Espero Pomperos, 6a, which takes the rib to the right.

Meanwhile, Chris and Justin were warming up on the left hand end of the main crag. 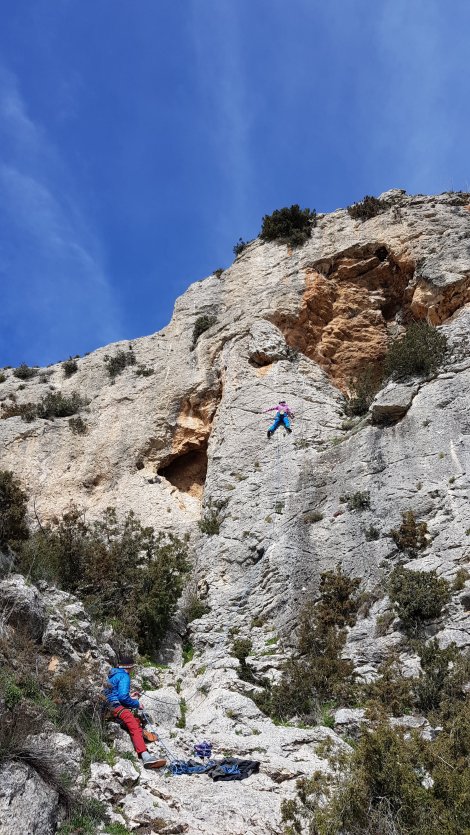 Probably the pick of the routes at the Sector Braille is the 3* Arnoleta, 6b+ – well worth the stars but probably also worth 6c! 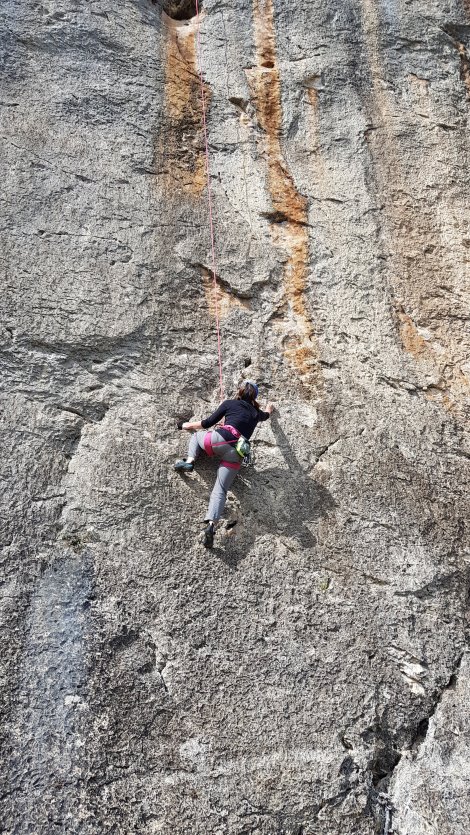 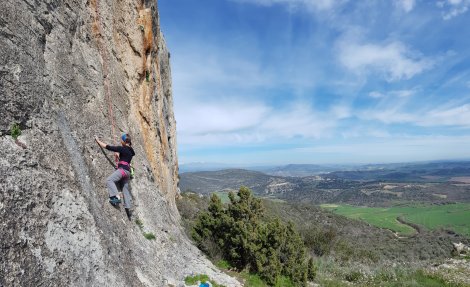 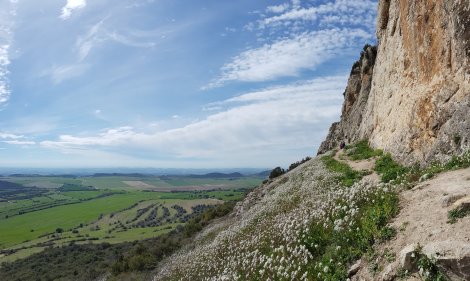 and in the other direction, a vulture catching the thermals along the crag with the snow capped Pyrenees in the background 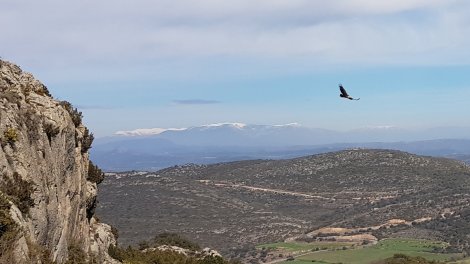 … Not such a bad spot to while away an afternoon.