Based around Samoens for a couple of days, we decided to explore the wealth of climbing in the hinterlands around Mt Blanc. There are three guidebooks-worth of cragging accessible within an hour’s drive, and at least 5,000 routes to go at.

After an abortive look at La Cascade, above Fleine (only worthwhile for the drive under the hotel to reach the crag) we back-tracked to Treydon. Arriving at the parking area, a grungy slabby quarry (which would nonetheless have 30 routes if it was in The Peak), we thought we’d drawn another blank, but happily the actual crag is a few mins walk through trees to the left of the parking.

There are a couple of excellent 2-pitch routes that can each be done in a oner with a 80m rope: L’Eclipse, 5c and Les Cyclamens, 6a+ – a bit like the easier routes at High Tor might have been before the polish, which is praise indeed! 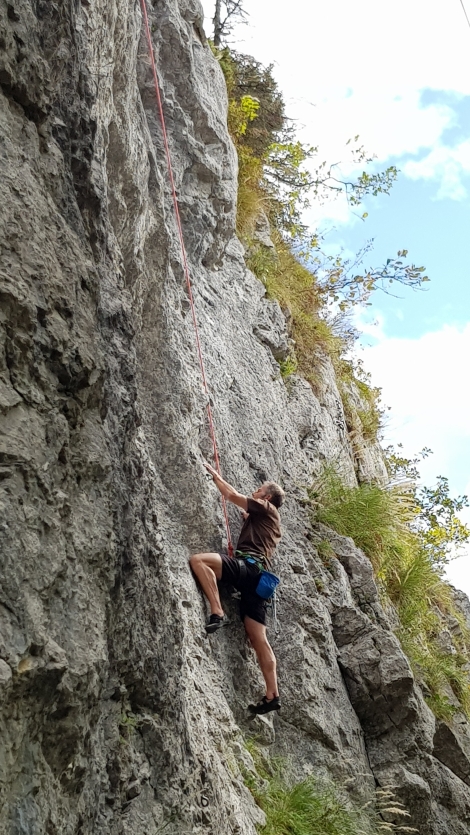 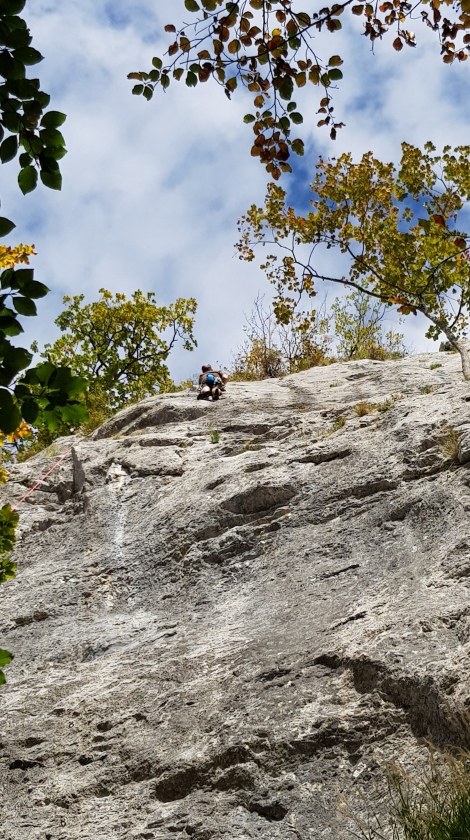 Further right, the routes are shorter, more bouldery and more polished – Sam le Pirate exhibiting all three characteristics but worth doing for the name. 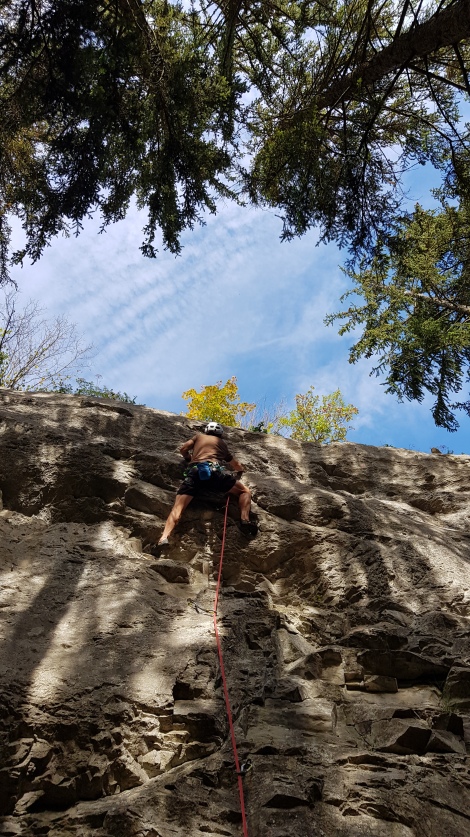 The following day was chilly and forecast to rain, so Dave and I nipped out for a short session at Chapelle Saint-Gras. A 5 minutes stroll from the charming, tiny eponymous chapel… 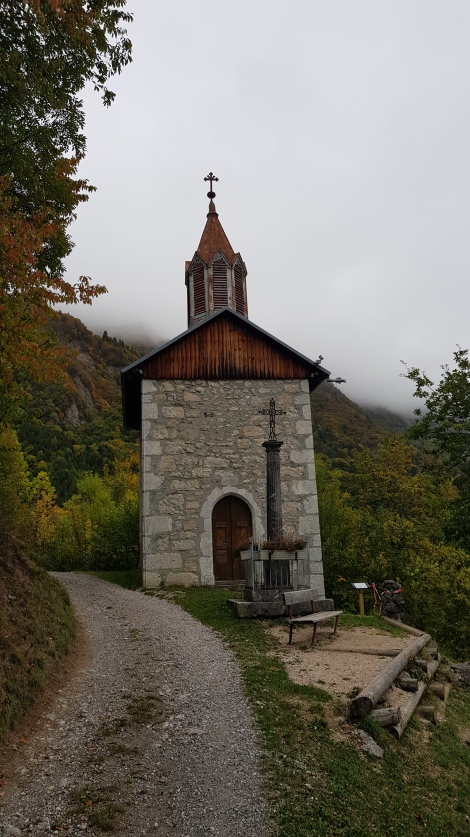 takes you to the the first sector, with decent routes and sandbaggy grades: Votre Corps Ausi at 5c+ (what kind of a grade is that anyway?!)

and La Dent Creuse at 6b both tough but worthwhile.

Heading further left on a higher level path, La Vie Devant Soi , 6b is very good, with a thin and tenuous first 10m up a tricky ramp followed by 15m of fun climbing up a steep slab. Sticking to the lower path you arrive at sector Coucou Cherie, which is the main event here (and had we known, we’d have skipped straight here). We had a go at the route that gives its name to the sector, a 40m 4* (out of 3!) 7a, but got stopped by a super thin crux rockover with a microscopic crimp.

One response to “Climbing around Le Grand Massif”