After a week of valley cragging it was time for another adventure further up in the Big Hills, so it was great to be able to call on The Rucksack Club’s Chamonix Section again for a partner, with Neil as a keen accomplice this time.

There are only a couple of lifts operating in Cham at the moment, and even those only go halfway up the hill. We considered a couple of options from the Plan d’Aiguille, on The Peigne, but these get almost no sun at this time of year, and it’s only 3C overnight in the valley – might be a wee bit chilly at 2,500m! That left the Flegere lift followed by the walk up to The Index lift (45 minutes again!) to access a range of options on The Aiguilles Rouges.

Ignoring the attractions of another route on the Grande Floria, we traversed further right beneath the Aiguilles to open up a further vista of possibility: Point Gaspard and Les Crochues.

We settled on the former, the left hand summit in the picture above, via Lady in Black, a 5 pitch TD. A bit of an ugly scree shuffle along the foot of the ridge gains an obvious orange wall and the first bolt (another half hour or so from the Index). Here’s Neil following the first pitch 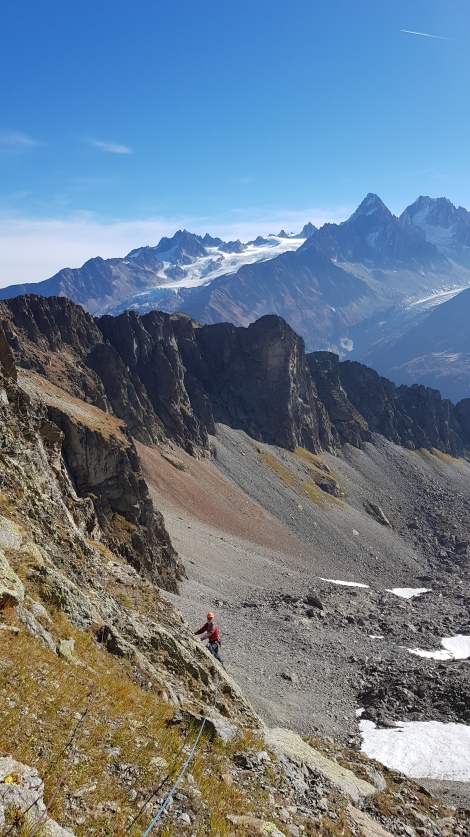 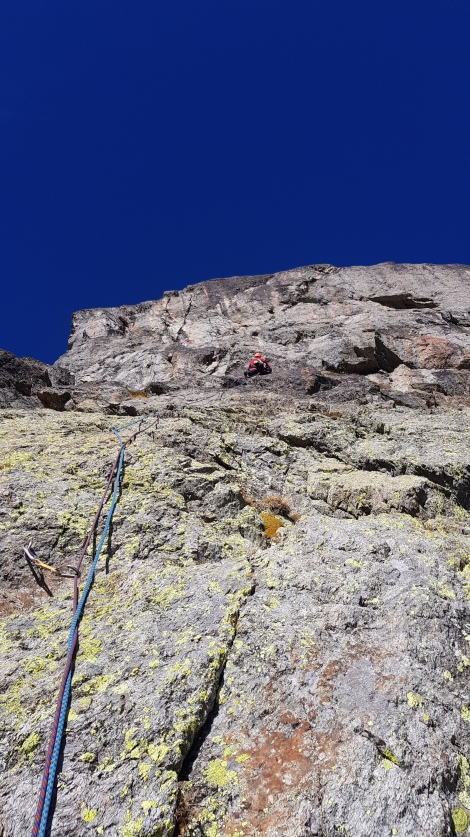 Here’s me at the belay after the crux pitch 3, a few well protected 6a moves across a thin slab

… and Neil approaching the same spot.

Pitch 4 has another couple of thin 6a moves straight off the belay, then more traversing across and up to a hanging belay below the final arete. Here’s Neil leading pitch 5, just after the airy swing around the Arête and before romping up the superb final wall…

From the top of the climbing there’s the option of a short scramble up typically fractured terrain to bag the actual summit (2,741m – who said I’m a crag-rat not a mountaineer!?) and the obligatory photo – just under two hours of climbing.

Three 60m raps (the first one just making the 3rd belay and thus avoiding the single bolt B4, and the last one reaching the deck from B2).

Reversing the short snow patch on the return to the lift, you could be forgiven for thinking we were Alpinists 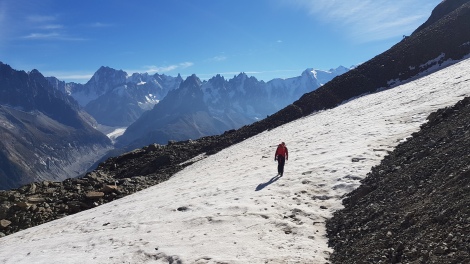 Great view of Point Gaspard, but not as good as the one that the parapenter is getting! 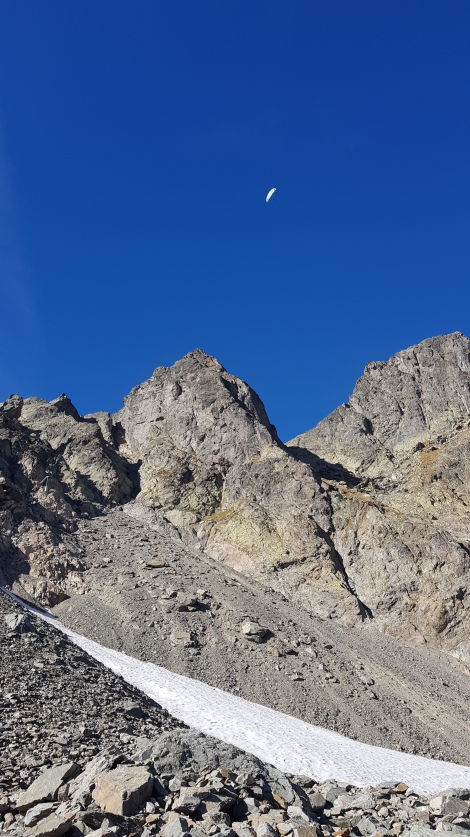