There’s a LOT of granite on the hillside above Martigny, much of it accessed from the impossibly quaint village of Salvan Les Granges. The major tourist attraction here is The Gorges du Dailley:

… a thundering cascade down a narrow 200m high ravine that’s had a wooden staircase strapped up the side of it: 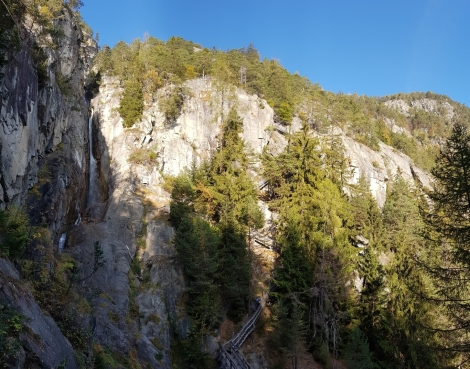 There’s a handy topo available for download online – just search “topo escalade Salvan” and you’ll get 52 pages covering 34 sectors from bouldering to multi-pitch adventures including a bunch of single pitch areas. After we left I also discovered a great little app (also free) which has topos for dozens of crags in the Vaud and Valais regions of Switzerland https://play.google.com/store/apps/details?id=nomadsystems.carnetEscalade

We had a couple of days here, but there’s enough climbing for weeks (though mostly east or south east facing so getting chilly in the afternoon in late October). Sector Dalle de Dallet is easily accessed in about 20 minutes following the signs to the Gorges (Park just before the village at a large carpark, rather than squeezing through the chalets and trying to get to the parking indicated in the topo which is now banned), head over the wooden bridge and then up a couple of flights of the staircase

About a dozen 20m routes on steep, featured white granite, from 6a to 7a. We did LouLou Lillett, 6a

and Ganimede, 6b (also tough!)

We then skirted round to Sector Dalle (a bit confusing) following a well-cairned path rightwards, dropping down to meet another path after a hundred metres or so, following this further eastward (climbers right) and then up for another hundred metres (being careful not to take a right / downwards turn that leads to the foot of sector Pissevache). You should arrive at the crag! Coordinates: 46.141925° N 07.021342° E

This is a lovely 40m slab with half a dozen 6as & bs and we did l’empire des sens as the sun was leaving it, and enjoyed it so much we came back and did the rest of them the next day. 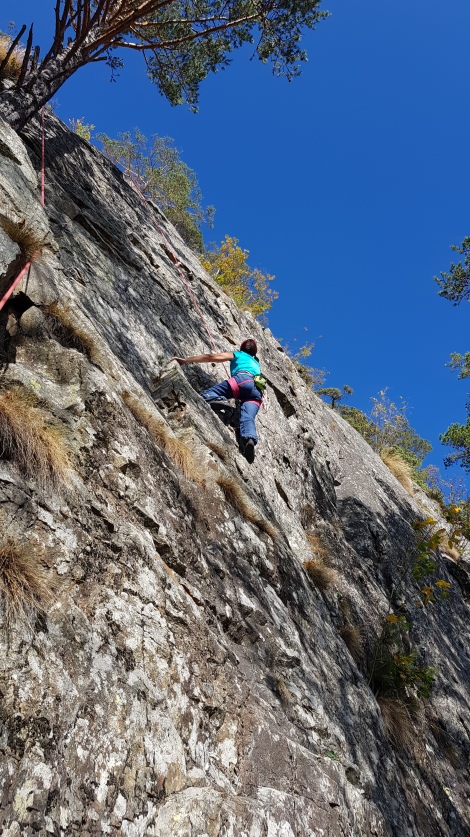 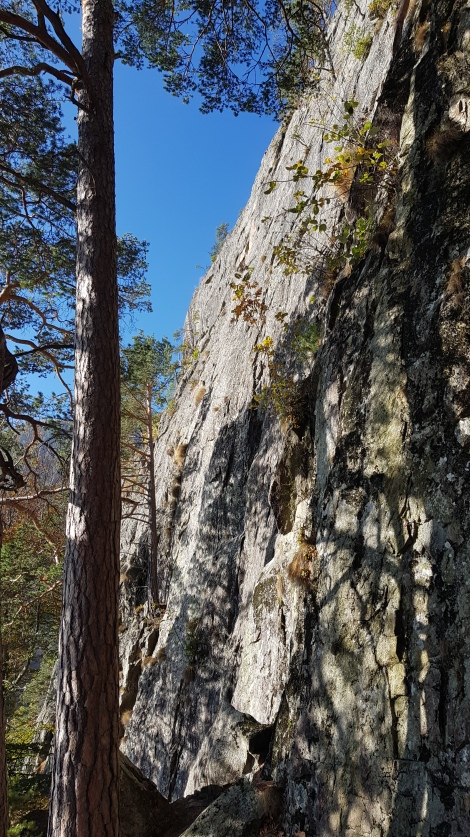 The view from the top, of Mt Blanc in the blazing sunshine above a misty cloud inversion covering the Rhone Valley was worth the return visit.

Overnight, we parked up above the village for a memorable moon rise over the Pierre Avoi (isolated conical rock tower at the left of the photo) 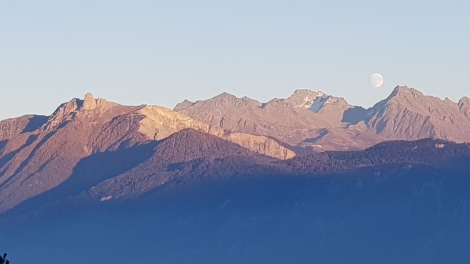 … and alpen glow on Mt Blanc.

Final words of praise for Les Granges – they have the swankiest public toilets in the world! 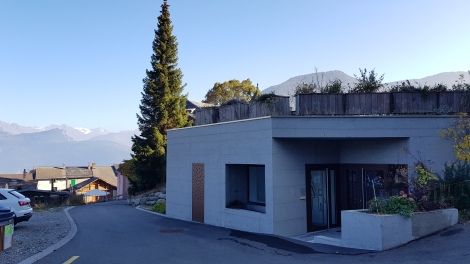