A grey Saturday to be followed by a grim Sunday prompted a detour to Craig Arthur on the way to the Rucksack Club’s hut in The Pass for the annual working meet (easier to paint in the rain than it is to climb).

It’s an impressive crag perched imposingly above the Eglwyseg Valley – the light doesn’t really do justice in these photos. 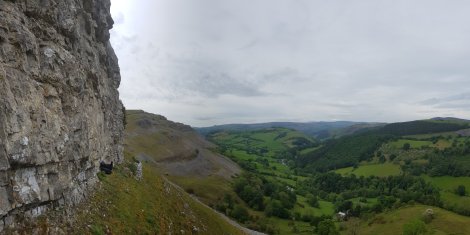 The established classic trad routes include some high quality E2s and 3s, like Digitron, Touch of Class and Manekins of Horror, most of which I’ve done, and then jump to a clutch of very fine E5s and 6s which are out of my league. More recently these have been complemented by a bunch of sports routes filling in the gaps, and it was these that Andy and I came to have a look at.

We warmed up on A Cunning Plan, 6b+, which is pretty much the entry grade if you want stars. Tough moves through the initial bulge.

Then upped the game for Delta Force, 6c+, with a really tricky exit up a vague hanging corner.

Then we moved on to the main event: These Foolish Things, 7a+ and given the Top 50 accolade. It certainly warrants it, with a lot of technical climbing

and a pumpy crux right at the end. 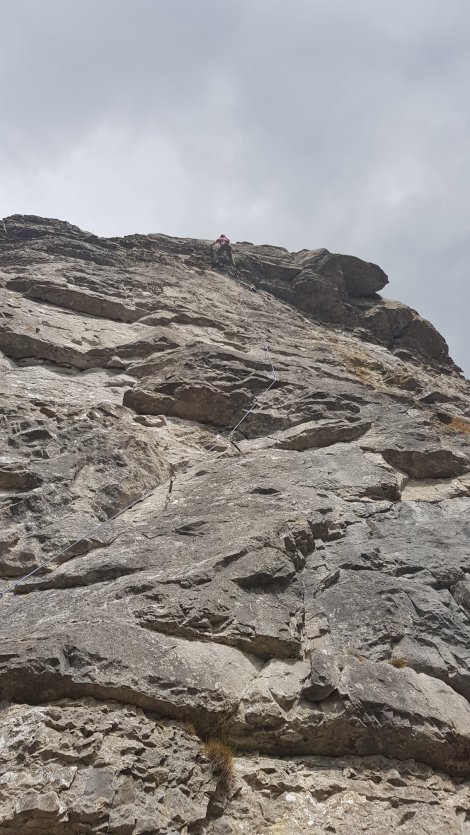 Neither of us managed to quite string it together, so that’s reason enough for a return visit.