After an uneventful flight we arrived in Denver just before midnight.

With afternoon thunder storms forecasted and a need to get some acclimatisation in before heading up to climb on The Diamond on Longs Peak later in the week, we headed into the Rocky Mountain National Park for an afternoon hit on Lumpy Ridge, set high above the tourist centre of Estes Park. 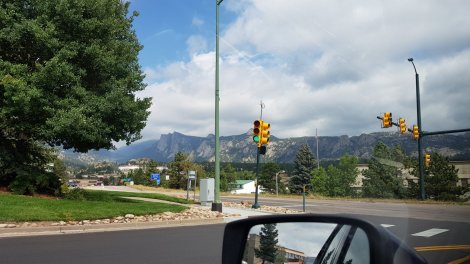 About an hour’s walk gets you to The Book, probably the best of the crags along this granite escarpment.

We did the 5 pitch classic 5.9 Loose Ends with the 5.10b variation of Visual Aids.

Here’s Bill on the sketchy pitch 1 lay back. 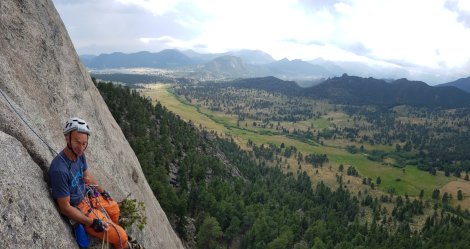 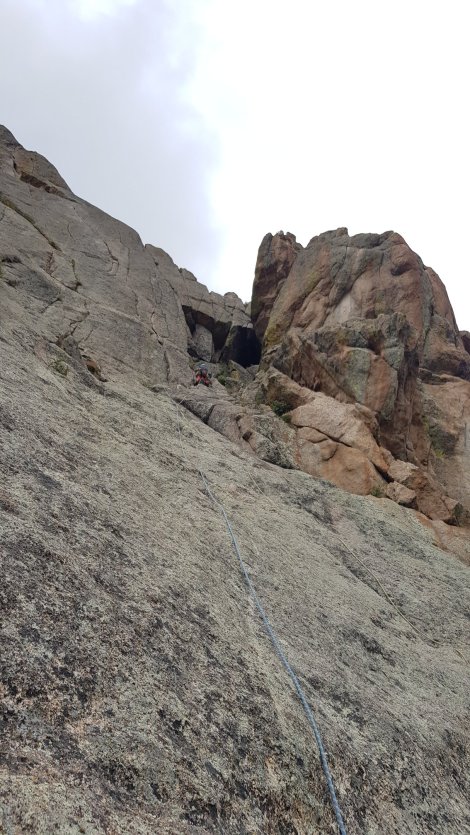 We were up and down with only a few showers despite the lightning and thunder kicking off nearby.

Altitude and jet lag combined to leave us both knackered – the adventure begins!