Tenerife is very obviously a volcanic island, the biggest clue being the chuffing great volcano at its centre. Mt Teide, the 3rd highest in the world at 3,718m (7,500m from the sea bed apparently), dominates the view from all directions. Not to be ignored, given recent tragic events, it is an active volcano: its most recent eruption occurred in 1909 and tends to blow every hundred years or so…We woke to partly overcast skies and a dull forecast on the coast so decided to try our luck with one of the famed cloud inversions on the island. Sure enough, after a winding hour’s drive, we arrived at the Mt Teide National Park in glorious sunshine.

It’s an amazing moonscape of volcanic detritus – rock everywhere, but remarkably little that has climbing on it. The reason becomes apparent at closer quarters, where much of the “rock” is little more than ash and cinders. 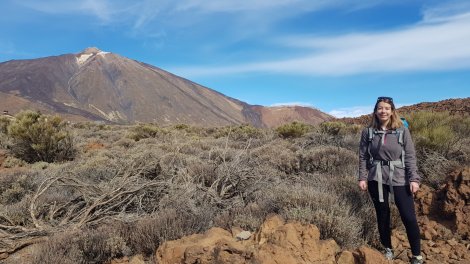 However, there are a number of areas with unworldly towers and pinnacles of (more) solid rock, the main one being sited somewhat incongruously next to the Parador. La Cañada del Capricho has about 150 routes scattered throughout a labyrinth of crazy spires, pinnacles and towers. 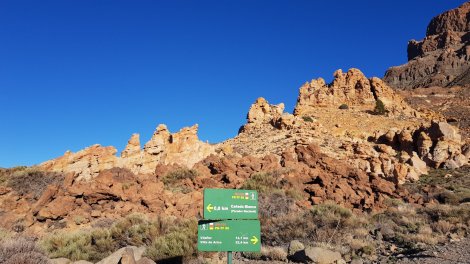 We homed in on the impressive wedge-shaped sector of El Diedro, and its sunny south face: sector Psiquiatrico – mostly because it was the nearest, most impressive bit of rock, and there was a situ French team who were able to point out where we were in the guidebook. They also warned: “The ways are very difficult and the security is very distant” Hrmmm… 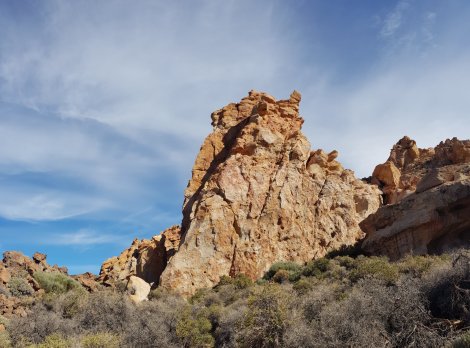 Their circumspection was evidenced by a top rope down the classic IV corner and the easiest bolted line, a 6a on the Arête.We headed over to the to the right hand side of the wall and the other 6a, Follada a medias, which was tough but not ridiculously so – though 3 bolts in about 12m certainly felt spicy. 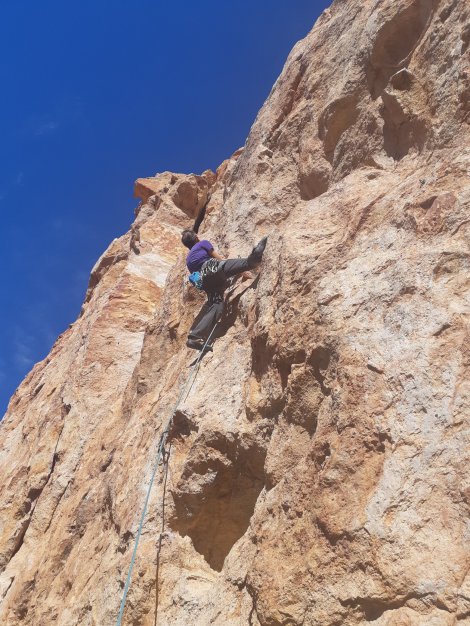 Left again, Los Ultimos Dias del Mesias, 6a+, felt more than half a grade harder, and you only got one extra bolt for an extra 3m. 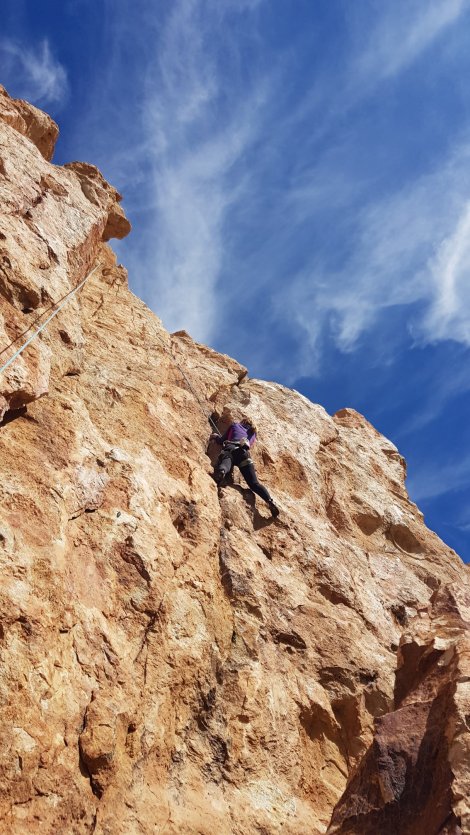 This handily enables a top rope down Bavaresa, a trad protected grade V flake and corner crack, which Tash styled up, burbling about the quality of the climbing. 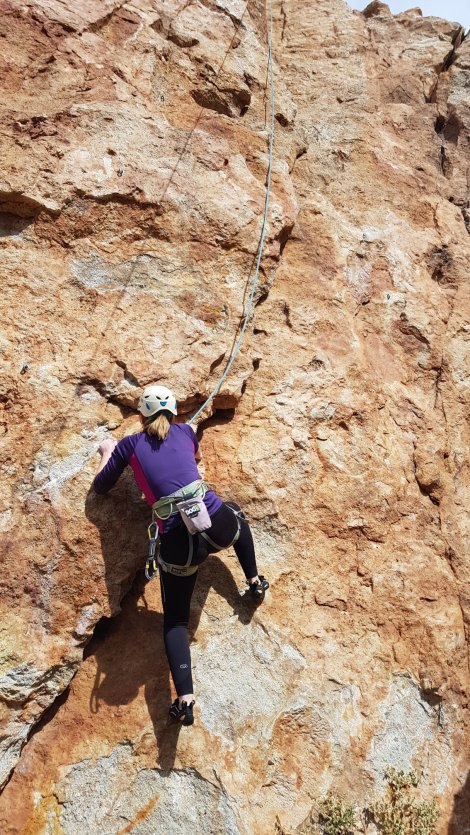 Having got bit of calibration data, I threw myself at a couple of 6cs: La Vie de Cesar and Cuajada de Pus (charming!)Both felt fairly tough, with somewhat erratic bolting – a mix of old and new, with the crux requiring a committing run-out above an older specimen in both cases. Weird, but perhaps not surprising as this was the first area on the island to be developed for sports climbing. A had a cheeky rest to gather mojo on the first, but got the second clean.T-shirt climbing at 2,200m; not so bad this near the winter solstice, and fully justifying our high-altitude gamble. This was reinforced as we wound our way back down the hill at the end of the day, as we were greeted by an unbroken sea of cloud beneath us as we basked in the last of the afternoon rays. Pictures courtesy of Tash: 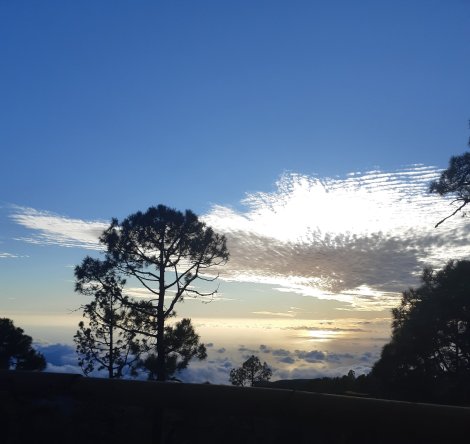 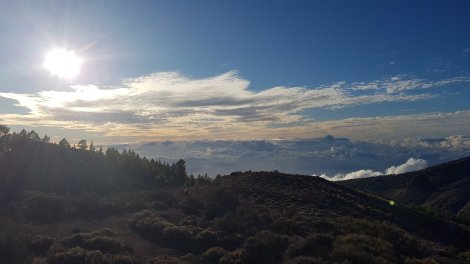