Arico is the premier climbing area on Tenerife, at least in terms of numbers of routes (250), and also one of the first to be developed (over 30 years ago). It even gets the coveted 6 karabiners rating in Donde Escalar – we clearly had to fit a visit into our itinerary!

Like many of the Tenerife crags, you park at the top

and drop down into a former watercourse of some description – in this case a narrow slot Canyon. This runs north-south giving options for sun or shade as required. At the bottom of the steps you realise that you have pretty much parked on top of the crag and for once the 1 minute approach time isn’t a typo! 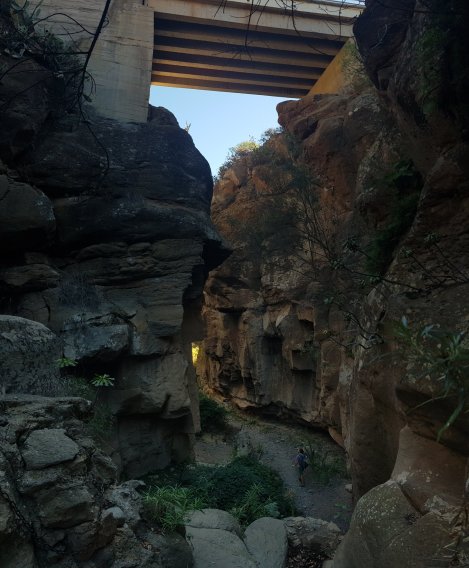 You’ve now got the choice of two contrasting parts of the canyon – head left (uphill) for the broader Arriba / Upper area, with generally easier and shorter routes, or right (downstream) for the Lower / Abajo sector with longer and more tricky routes. We turned right to try to catch the early shade on the most impressive walls in Abajo.

Here’s a shot taken down into this area later in the day, when the sun had been and gone. 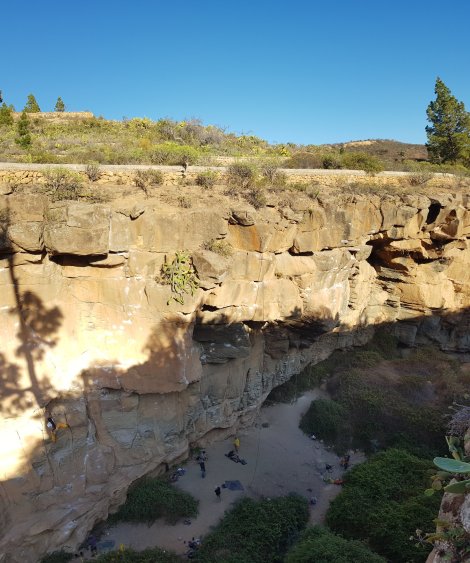 We’re back in Ignimbrite / welded tuff territory, so pockets abound, and the first area you come to, Gimnasio de Fran, looks like one of the wilder areas of Swanage or Pembroke; huge pocketed roofs promising major jug-fests!

We warmed up on Barrio Conflictivo, 6b, which is a classic.

Then moved on to La Vagoneta, 7a, which tackles the huge hanging prow of giant crozzles. The first few meters are a bit choosy as well as preposterously steep, so these are avoided by a rope ladder – how thoughtful! 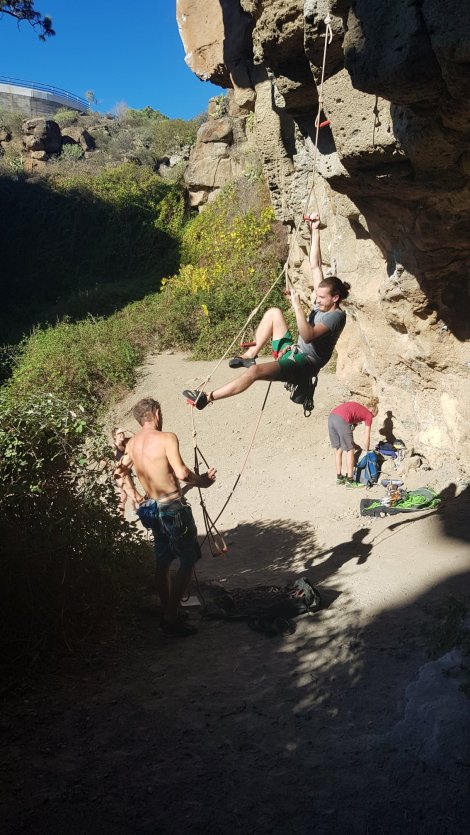 It remains very steep territory once on the rock, but the holds are also huge, and there’s scope for the odd cunning rest (that’s me on the right, bridging, not dangling on the left!)

More jug hauling to the chain and then just a huge swing avoiding the beckoning bramble thicket as you lower off. Fun route (and barely harder than yesterday’s 6a+).

Luna Llena is also 7a and also very traddy, but more reminiscent of Millstone than Swanage – an overhanging finger crack with bolts; what’s not to like! 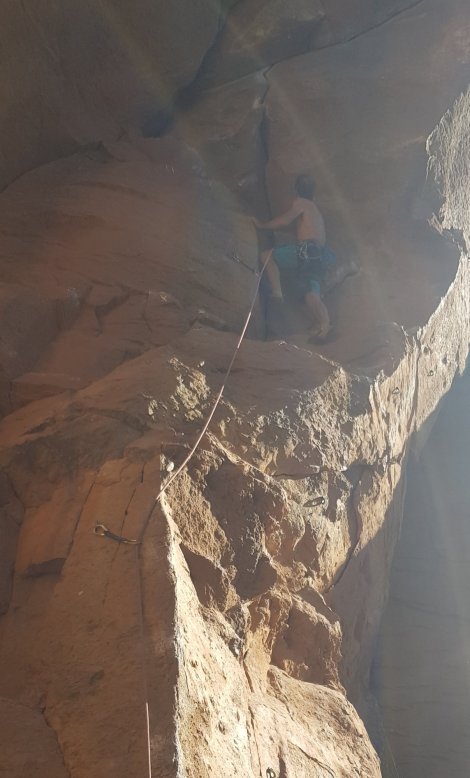 A couple of routes further right is Putas Zarzas, more of the same: finger jams to layaways and then a final thrutch rightwards to the chain.

Not great conditions for photography but more important to catch the last of the shade to get them done. Three 7as on the bounce and it’s time to pack the harness away – I know when to quit while I’m ahead!

We relocated to the upper gorge and it’s Leah’s turn on the sharp end. Here she is coping admirably with the sandbaggy and run-out Pa’empezar, V. 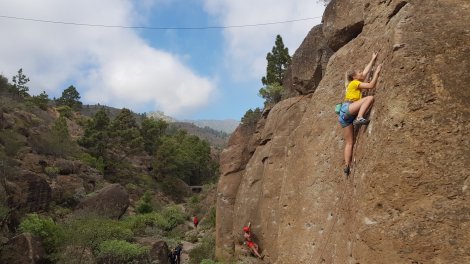 A bit further up the gorge and the routes get bigger and more impressive. Sick English, 6a, up the pockety arete is well worth 3 of anybodies stars. 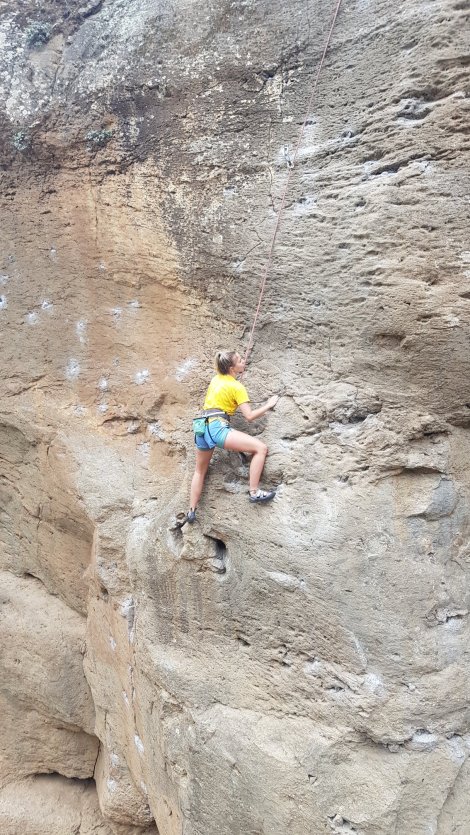 By now the sun had gone off most of the main Abajo walls so we swapped sides again, with Jake making a smooth ascent of El poder de un cono, 7b+, and me taking advantage of the elevated view from the bridge to get some great photos. 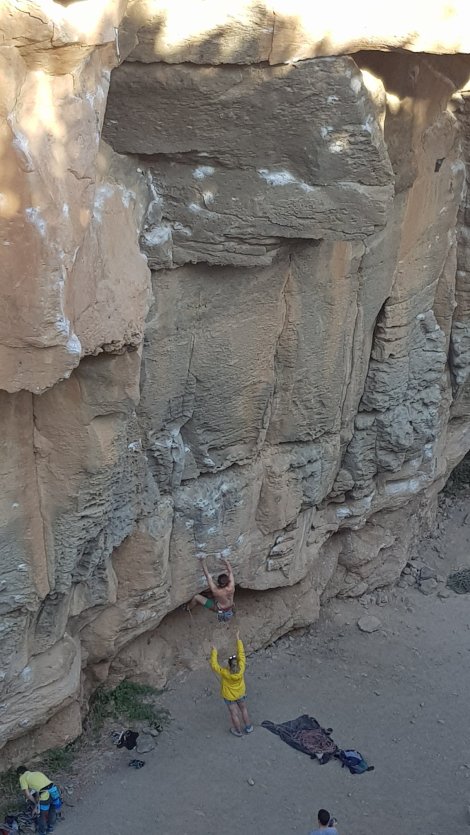