We’re staying just west of the Portuguese – Spanish border, near Marvão (in sight of its Marvã-ous castle)

… in order to climb at Escusa. We thought that it was completely out on a limb, and miles from any other climbing area, until Gary, our helpful host at Camping Asseiceira, pointed out Puerto Roque just over the border into Extremadura. Sure enough, it features in Donde Escalar (3 karabiners) and a Web search yielded a handy topo:http://paredesdelmundo.blogspot.com/2008/07/escalada-en-extremadura-puerto-roque.html?m=1All of a sudden a one-crag stopover had turned into a two-crag (and two-country!) mini-break.It’s easy to spot the crag, just a kilometer over the border into Spain, part of a long rocky ridge visible behind the Repsol garage where you park.

Easy… until you try to find the path shown in the topo, which absolutely doesn’t exist on the ground. A friendly chat with the forecourt staff, in my very limited Spanish, reveals the answer. Head along the road for about 200m (further into Spain) and you’ll find the path marked by a cairn, just after the Armco barrier ends. Here’s a Wikiloc to help:https://www.wikiloc.com/rock-climbing-trails/puerto-roque-escalada-approach-46753169

There are three developed sectors,

… and the path brings you to the middle one: Matchacas Mitad.

… a barrel shaped 20m wedge of granite with a slabby upper wall protected by a bulging first few metres.

We’d been hoping that a foray into Spain would bring a relief from the stiff grading we’d experienced across most of Portugal, but these looked tough. Just how tough was made clear about 15mins later when I found myself sitting on the second bolt on Burratino, a V+, trying to figure out where the holds were! The ignominy!Having got the measure of the place I managed a couple of desperate 6as including La ATS Pechagona

This climbed more like slate than granite, with some very thin edges on Mescalito, 6a 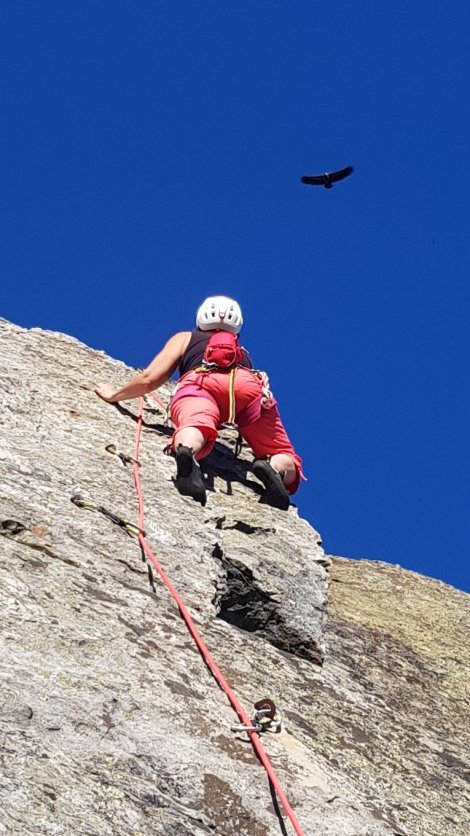 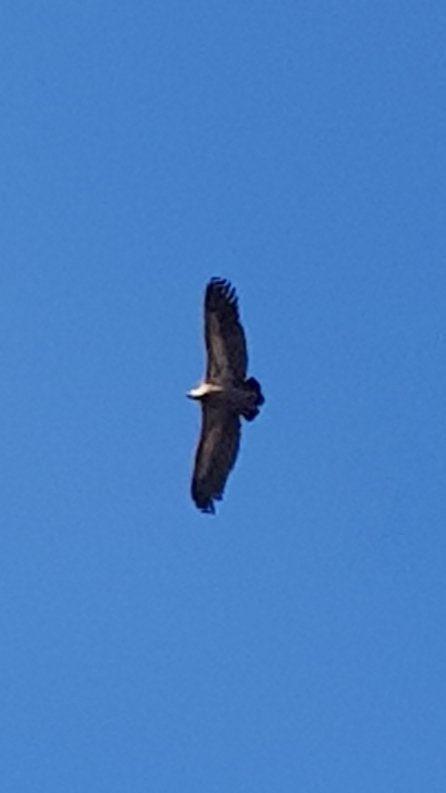 A gorgeous spot to spend a sunny afternoon, but you’d be well advised to leave your ego back at the campsite!