French climbers have a name for conglomerate: Poudinage vividly captures the random collection of glued-together cobbles, stirred together in ancient rivers or perhaps in some Giant’s mixing bowl. If Spain has two of the most famous instances, in Riglos and Montserrat, we’ve climbed on fine examples as far afield as Greece (Meteora), France (Mont Dauphin) and the North of Scotland (Moy); and now Southern Germany. 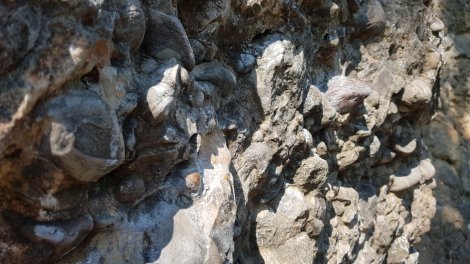 Seltmans is one of a dozen such crags in Allgau, and one of two that get 3*. It also has the attraction of being a couple of minutes from the road, has a range of grades and benefits from afternoon shade. Like most Allgau crags, you’d have no idea it’s there unless someone told you!

Obviously word has got out, as there were half a dozen teams there, making it the busiest venue we’ve visited so far.

The first couple of routes we did were good (or rather bad!) examples of the tenancy of conglomerate to polish: Pia Jasmin, 7, and Schleicher, 6, were desperate sandbags.

Further left perhaps the routes are a bit newer, but the grades are certainly more reasonable. You get a good impression of the rest of the crag from this end.. 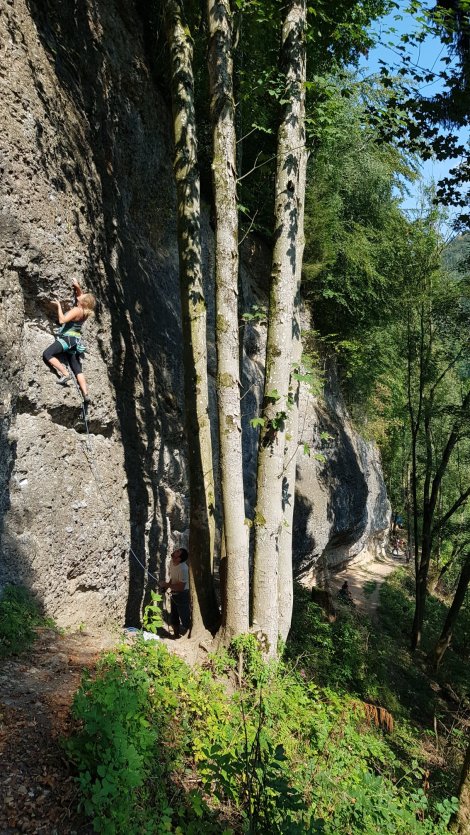 We waited for the crowds to dissipate and the routes to go into the shade. Helen was really chuffed to lead Sex Magic, 7. 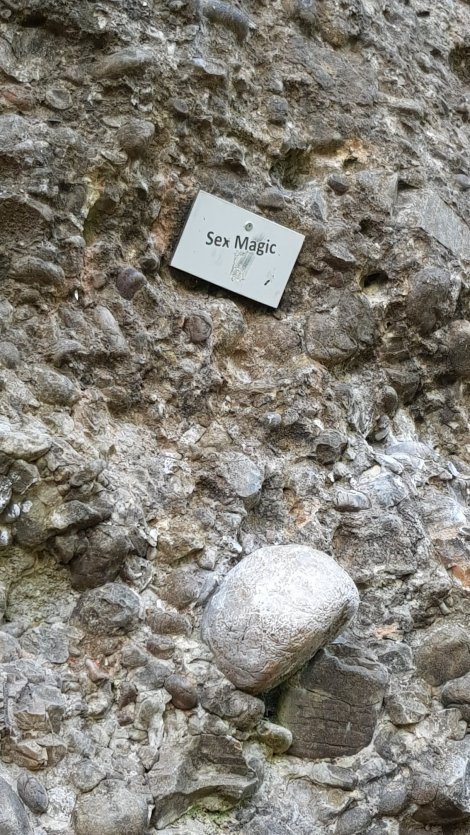 Time to celebrate, but too early for a beer garden, so we made do with a trip to Lidl instead and stocked up on their excellent own brand IPA – at 66c for 500ml of 6% it seems rude not to!