With a long day under our belts we fancied something a bit shorter, and maybe a tad harder. Lasciamili, a 6 pitch 6b which we could rap off fitted the bill perfectly.

It takes a buttress to the left of Dente per Dente, and stops (somewhat randomly) after a couple of hundred metres. 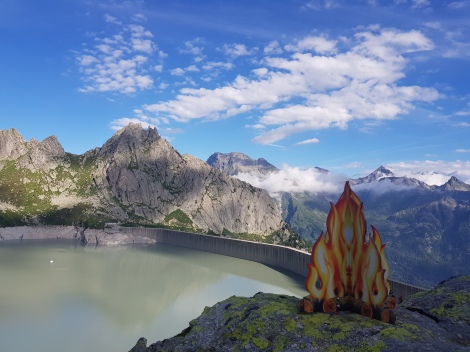 Jim got a couple of 6a pitches, including this one up a steep cracked wall …

But the pick of the bunch was pitch 4, a 50m 6b up an arête then wall with fun moves on underclings over a small roof followed by exposed climbing on flakes and cracks. One of the pitches of the trip.

… and after half a dozen raps it’s just a 5 minute stroll to the telepherique station. Designer climbing!