It’s less than 300km from Turda to Brasov, but around a 5 hour drive. You just have to get into the slower paced groove, rejoice in the average trip mpg gradually increasing and ignore the mph figure dropping. It certainly isn’t hard on the eye: lovely rolling green hills punctuated by pretty villages of distinctive low-built houses in pastel colours, each with a square-built white church with tower and silvery spire.

On the way we broke the journey in Sighisoara, one of the main historical towns in Transylvania. A pleasant stroll through a medieval citadel perched on a hillock and fortified with a 14th century wall.

Next stop Brasov, or actually the Cheile Rasnovei or Rasnov gorge, about 20 km further south. There’s a very handy and friendly campsite here, within walking distance of the crags in the gorge. 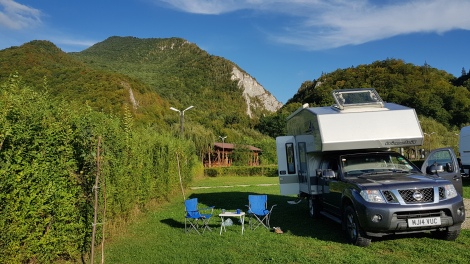 … although a recce of the climbing left us uninspired, with the smooth south facing walls not being very attractive for climbing in 30C heat. 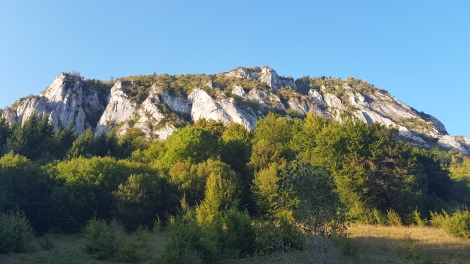 We did witness a bungy jump from a wire stretched across the gorge though! 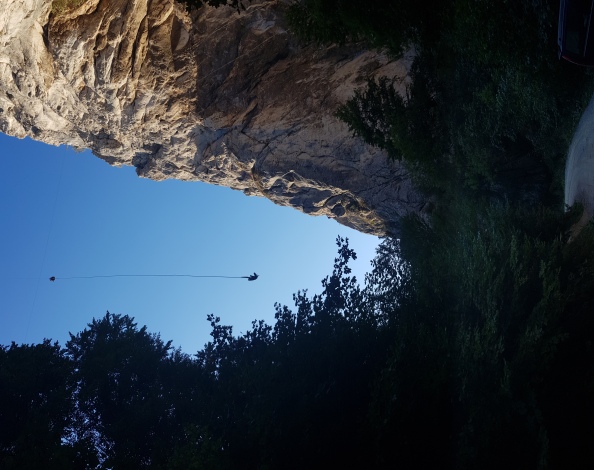 Looking for shade the next day we headed to the national park Piatra Craiului, about half an hour south west. This deep impressive gorge runs into the Carpathian mountains and is a popular spot for walkers. 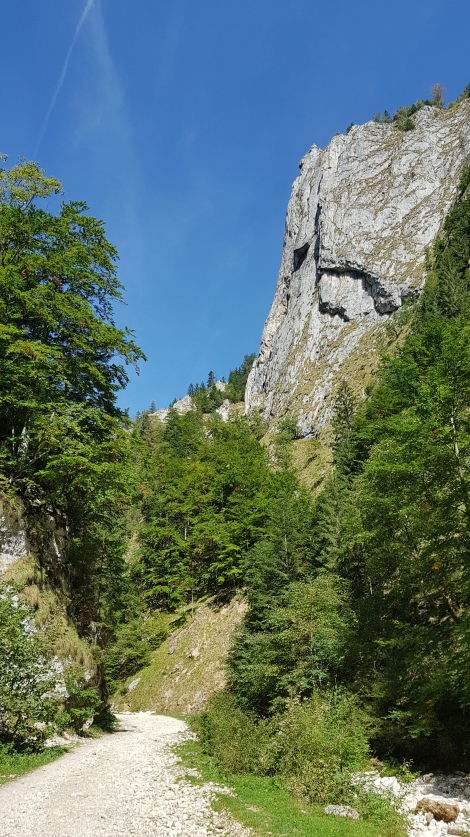 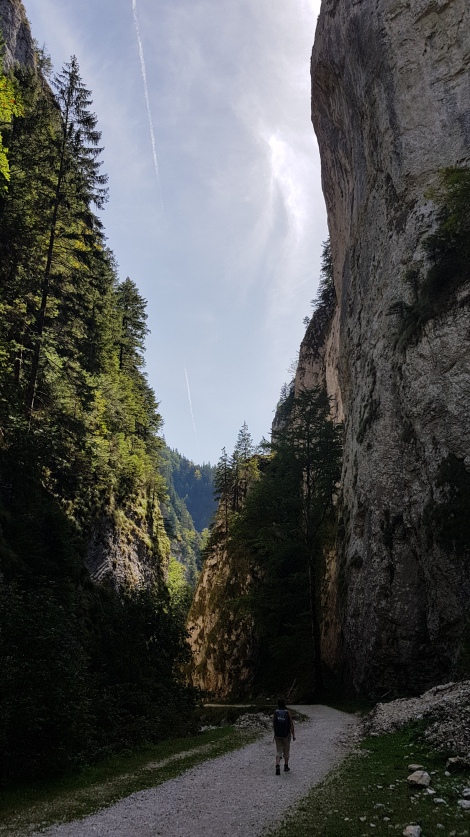 There are crags dotted about along the length of the gorge – mostly single pitch although the gorge walls are a few hundred metres high in places. Mostly the routes didn’t look great and we decided to chance what seemed to be the pick of the bunch at sector Refugi

The rock looks a bit loose and has a fair sprinkling of scuttling daddy long legs type creatures and their webs. However, the climbing is really fun – very steep but very juggy where you need it. We even managed a couple of 8s (okay, 8- but it definitely helped repair some of the dented ego of the trip so far!) 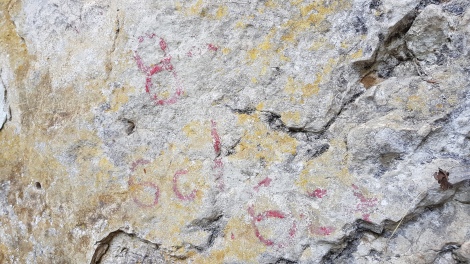 Charmingly, each sector has an information board with details of flora and fauna (which includes bears, wolves and lynx!) together with a topo. How considerate!

Back to the campsite via dinner in Bran, the touristy village that brands itself as home to Dracula as his alter ego Vlad the Impaler, once stayed in the castle there (maybe). Pretty castle though… 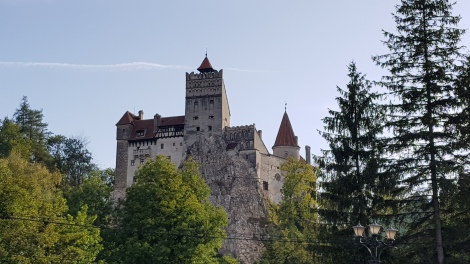 With a 50% hit rate so far, we decided to chance another day climbing around Brasov. First we checked out Pietrele lui Solomon, a collection of small, scruffy, polished crags around this local beauty spot – a favourite with picnicking families.

Heading up into the hills we spent a while trying to find Belvedere, with no luck, so it turned back into a one crag / one route day after all. You can’t win them all.

One response to “Climbing in Transylvania around Brasov ”