Enjoyable climbing so far in Athens, and very conveniently shady, but still a bit short of “World Class”, and we were keen to find something more spectacular for Jake. Mavrosouvala fits the bill, with tufa pipes every bit as impressive as the best of Kalymnos and hidden in dense forest just north of the Athens sprawl.

Only a couple of routes below 7a and both of them (6b/+ish) would warrant 3* anywhere else. 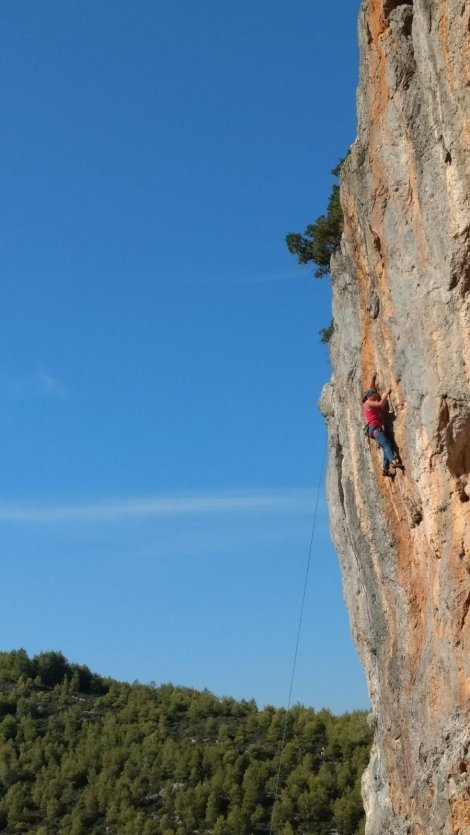 Stepping up a gear, Enaerites, 7a, is a stupendous line of colonnets leading into ever-steepening territory…

where a major tufa blob can be straddled to get a bit of a rest before tackling the final crux pop for an undercling.

Jake then made smooth work of the fabulous Gorgo, 7b 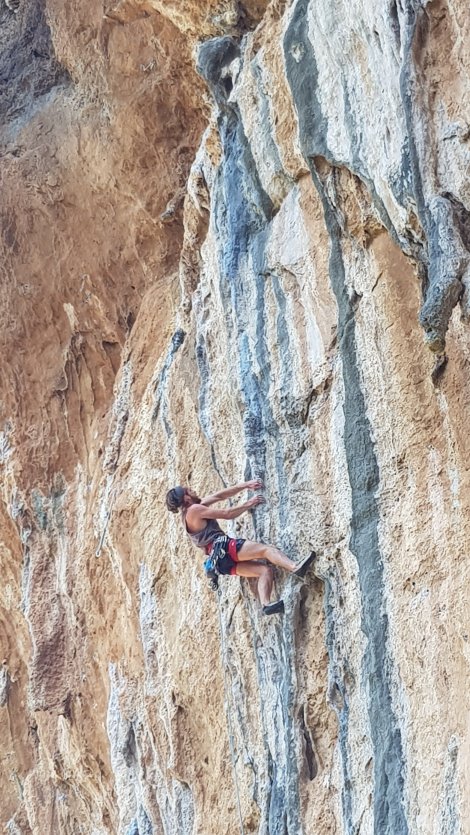 Before inadvertently (?) pulling the wrong end of the rope and leaving me to try leading it when I’d hoped for a top rope 😦

I made it to about the 2/3 mark before a bit of A0 trickery allowed me to retrieve the rest of the draws.

Jake exhausted the remainder of his energy on a near-miss on Black Mamba, another 7b with a blind leap for a much-chalked break with only one decent hold (some you win…) by which time we’d run out of shade, routes and energy!

Back at the campsite by 5 we decided to nip into central Athens for a shufty at the Acropolis. This turned into an hour long drive through gridlock only to find it had already closed (Google does get it wrong sometimes 😦 ). We weren’t the only ones to leave it too late, and we felt more sorry for this fella. 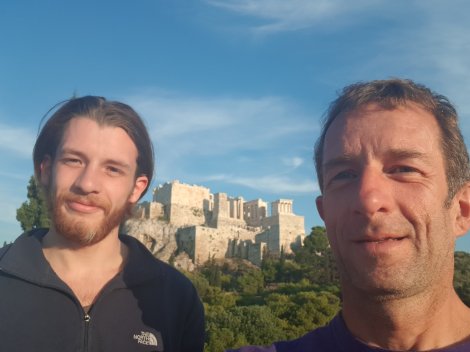