31 years ago, a bunch of work colleagues had a weekend away in The Pass, and we’ve got together on the same weekend pretty much every year since (none of us having changed a bit!) This was the first trip to Scotland though, courtesy of Kevin’s grand new pad in Sutherland.

We chortled over “yellow snow warnings” on the overhead motorway gantries (don’t eat yellow snow!) but it looked like touch and go whether we’d make it. Happily we did, and were soon settled in for beers round an open fire. Next morning there had been a major dump of snow, so we settled on the nearby Carn Chuinneag, a mere 838m and around 20km round trip. 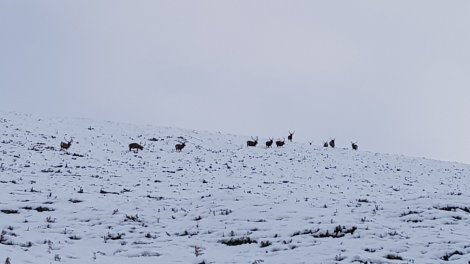 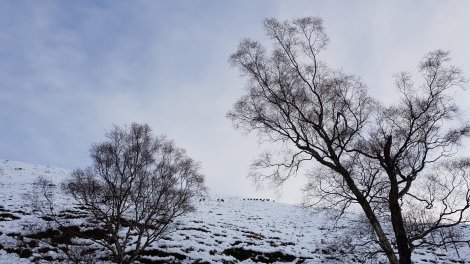 The threatened storm held off as we started ploughing up the stalkers’ path but the going got progressively slower “post-holing” through deep unconsolidated snow – waist high in places (and more so for Kevin’s dog Skye!) As we approached the upper ridge the wind picked up too, enough to knock you over. 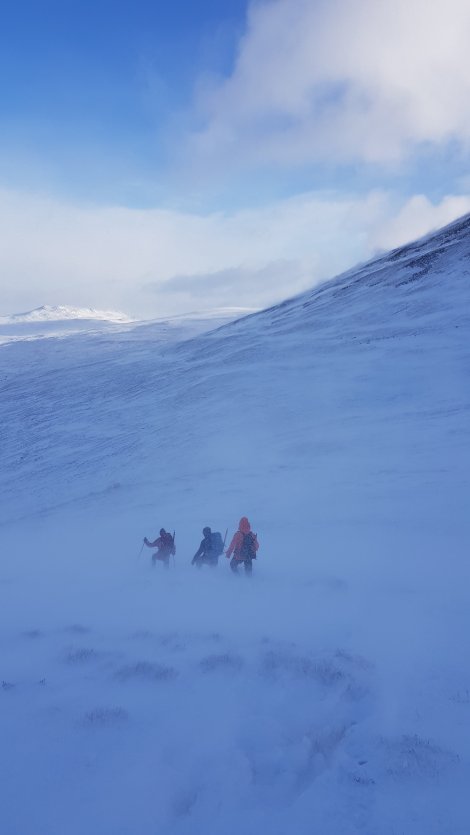 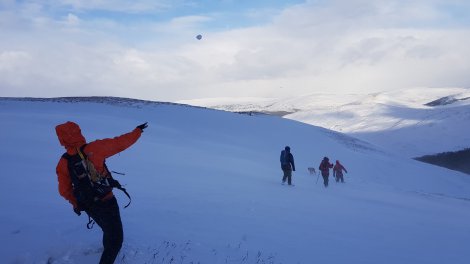 With Skye showing signs of distress we made a “sensible mountaineering judgement” and headed down. Probably for the best, as we were hosed with sleet for the last couple of miles. More fine food and a few more beers as we thawed out in front of the fire.

Hopes of a revisit to Moy Rock on the way home were dampened (or chilled) by a temperature just above freezing and occasional rain, but a sunny window around Dunkeld prompted a short diversion to the very conveniently located Bennebeg crag – what it lacks in stature it makes up for in being just 2 minutes walk from the car park and having a cafe next-door!

With ice-covered puddles on the ground it was only ever going to be a token one-route-day, but You Either Climbed Today Or You Didn’t 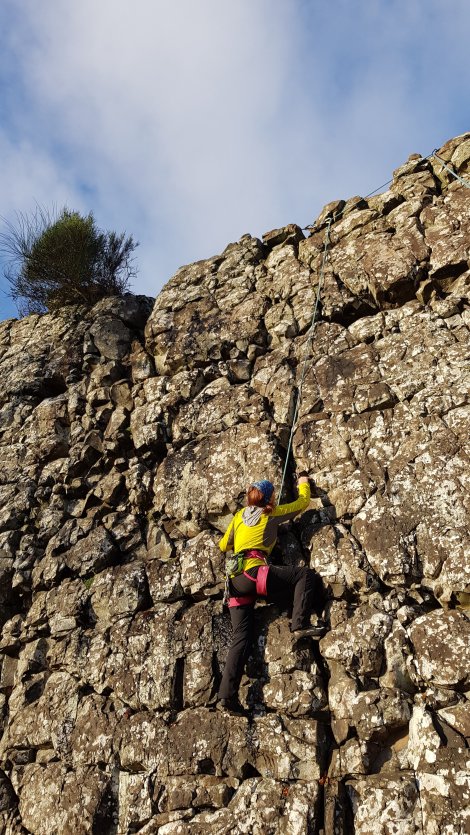 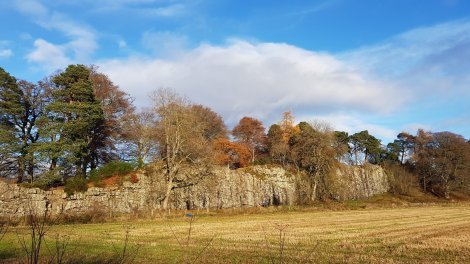 A big thank you to Kevin for his tremendous hospitality, and everyone else for the company. Same time next year, if not before!