Another day of discovery on a new crag – Villanueva del Rosario is about an hour’s drive north east of El Chorro, just beyond Antequerra, and became famous in 2003 with the first ascent of Chilam Balam, graded 9b+ at the time. Although subsequently downgraded to “only” 9a+/b it is a truly stupendous undertaking, an 80m diagonal traverse of the roof of the cave in the picture below. 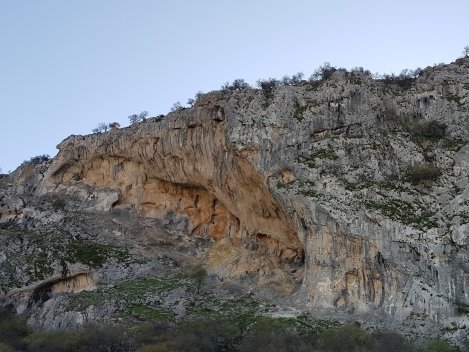 There’s a topo here http://www.bernabefernandez.com/en/my-way/villanueva-del-rosario/sector-chilam/ on the very useful website of the the first ascentionist, Bernabe Fernandez. As well as CB and the main cave, it also shows a wall of long routes on the right hand side, around 6c to 7b+ and well worth a look.

A bit more Googling found a GPS for the parking, an altitude (about 1250m) and orientation (East). Our minds were made up and we were on our way before we really computed the implications of the last two bits of data… It was going to be cool. We arrived at the crag around midday and there was still a mild frost on the ground!

Undeterred, Jake jumped on Caza Caricius, which was obviously harder than the suggested 6c (given 7a elsewhere) especially in the cold – an interesting route though. 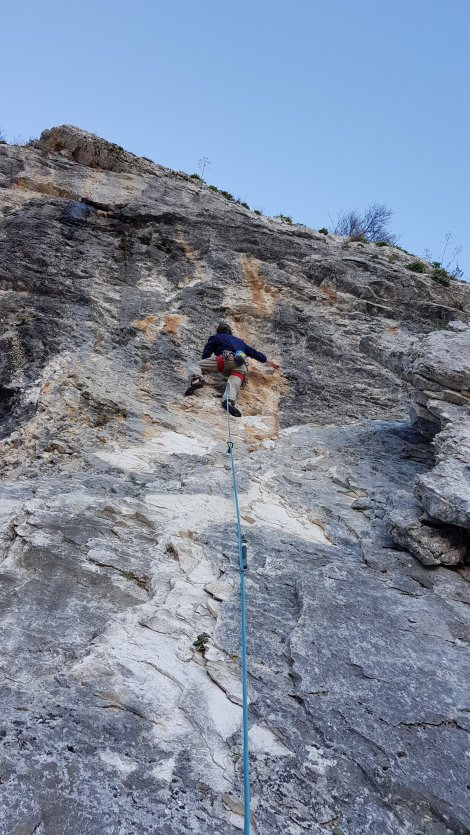 I opted for a top rope and can vouch for it being tricky. Next up was a 7a+/b to the left up a knobly tufa pillar and into the huge inverted corner. Also tough and completely beyond me and my frozen fingers. 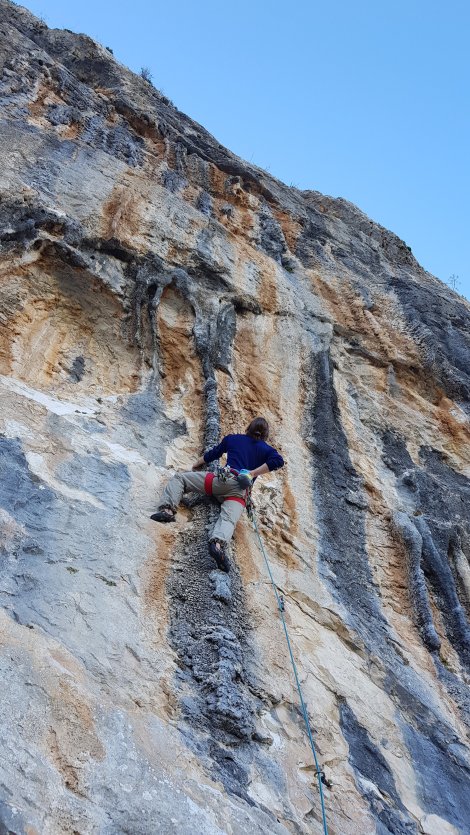 By now, Jake was warmed up and I’d come to the conclusion that a semi-rest day was due. Moving leftwards onto the main crag, Jake decided to try the “easiest” route: Cenizo, a monster 7c through the only line of “weakness” (it’s a very hard crag!) Plenty of kneebar trickery and a fair bit of heavy breathing saw him to the top. 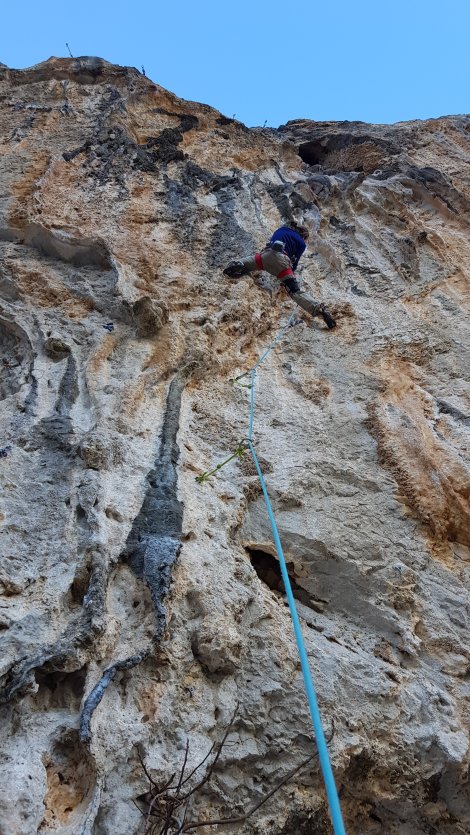 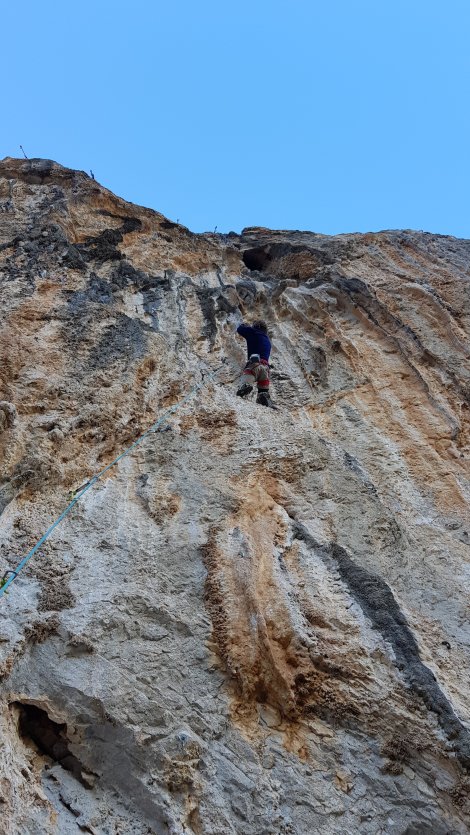 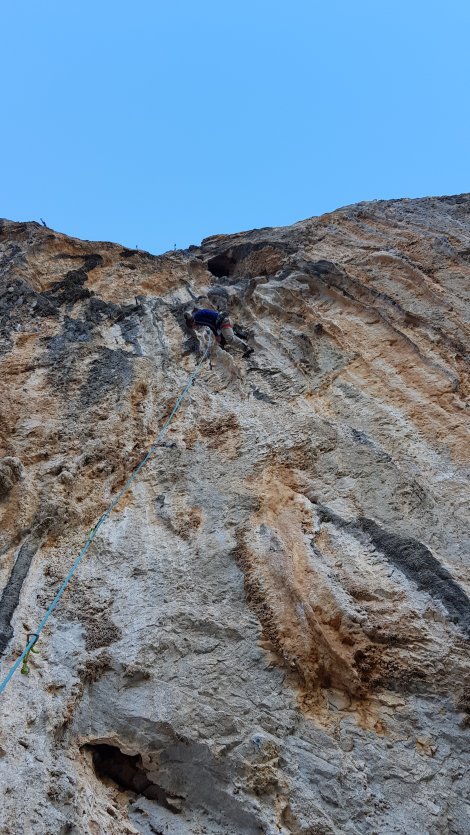 A very impressive bit of climbing, but he won’t mind me saying it wasn’t the most impressive sight of the day. This belonged to Barbara, an Austrian climber, who was working the outrageously steep and super-long Mundo Feliz, 8b+, which takes the soaring right arête of the main cave. She made it to around 3/4 height on the attempt we watched – some of the territory that she was “resting” on was completely mind-boggling! 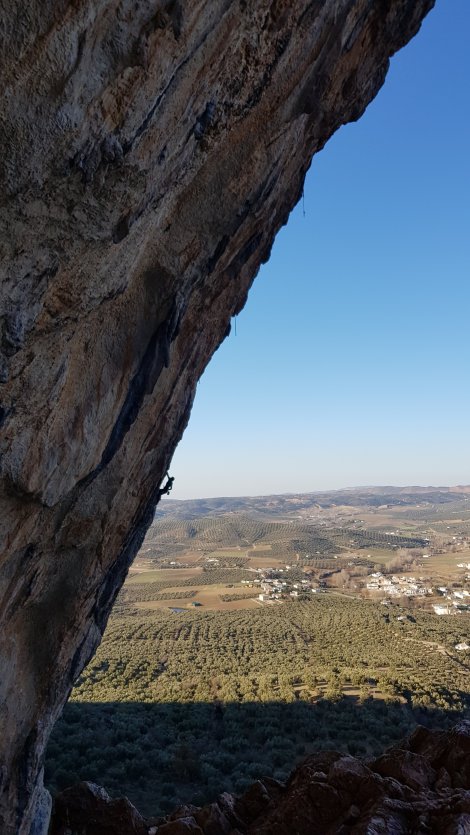 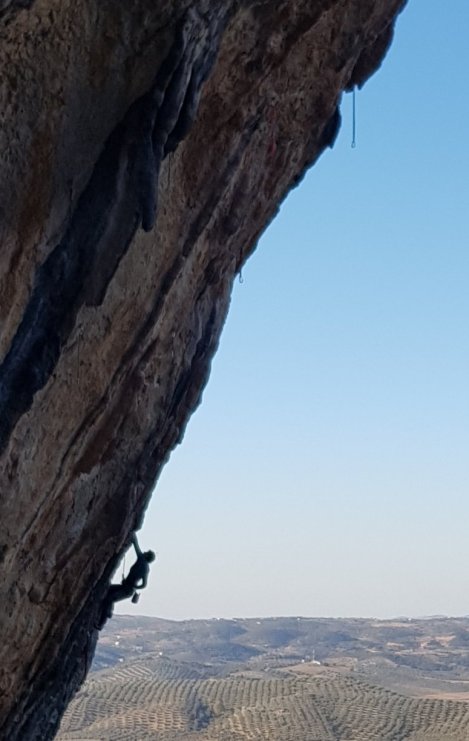 Now suitably chilled, we headed back to the Airbnb and got a roaring fire going. We were just contemplating options for tea when a knock on the door revealed our host’s mum bearing a gift of sopa caliente with a garnish of bread and salami – just what the doctor ordered!