UNESCO-listed Sintra is set high on a hilltop overlooking the Cabo da Roca, and was the favourite summer retreat for the Portuguese Royal family when Lisbon became a bit sweaty. It’s home to a couple of splendid palaces – the fairy tale pink and orange Palacio da Pena right on top of the hill, 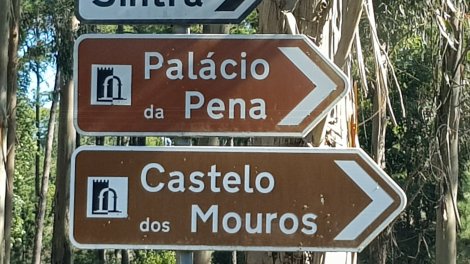 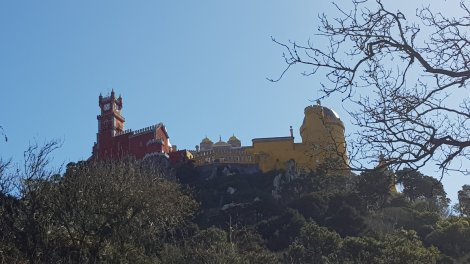 and the only slightly more practical Palacio Nacional in the town below (with its extraordinary Madonna-esque twin conical 33m chimneys), surrounded by lavish villas ancient and modern. 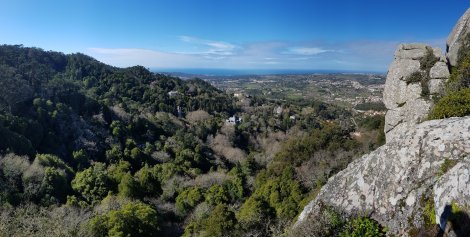 The altitude and proximity to the Atlantic creates a highly localised microclimate which often sees the hill engulfed in its own personal cloud, affectionately known as “the Queen’s fart!”

Pre-dating the palaces is the Moorish Castle, and as with all the best castles this is built on top of an impressive cliff (in this case of slabby white granite) which was the birthplace of Portuguese technical  climbing in the 50s and now sports about 70 mostly bolted routes of one or two pitches up to about 45m high. 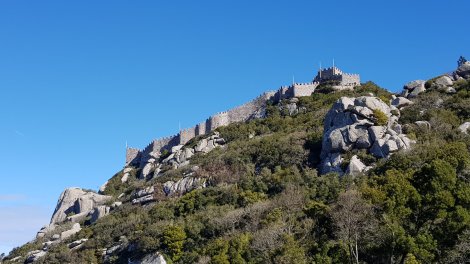 Happily we were blessed with cloudless skies (no Royal pardon required today), but the overnight rain, westerly aspect and tree cover at the base of the crag made for far from ideal conditions. It was really soggy!

We started on Solar, a IV (I can’t remember when I last stooped to a grade IV!) but thoroughly enjoyed the fun juggy dyke that leads up the right hand end of the crag – reminiscent of the upper pitches of Snake Dyke on Half Dome (but with a lot more bolts!) 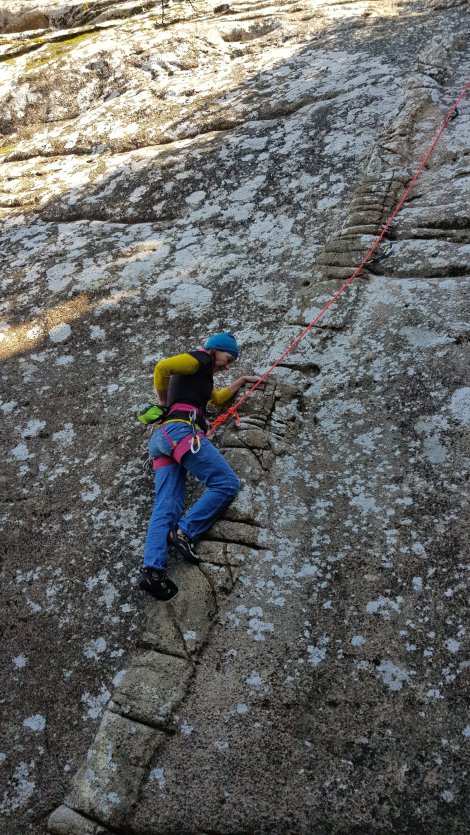 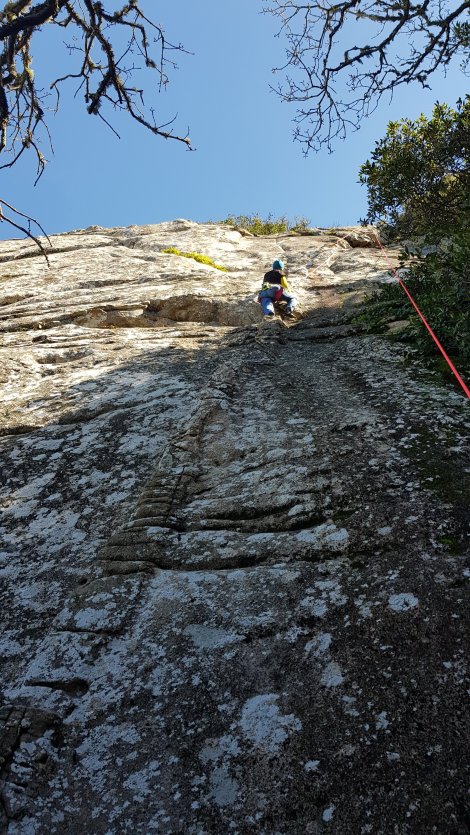 Emboldened, we then did Meles Meles followed by Cu in one long 40m pitch of V – great once the lower dankness was escaped, with only a few damp patches further up.

Then, with the sun finally getting to grips with the moisture, we did New Wave, a 40m 6a with an increasing feeling of Tuolemnee precariousness as height is gained. 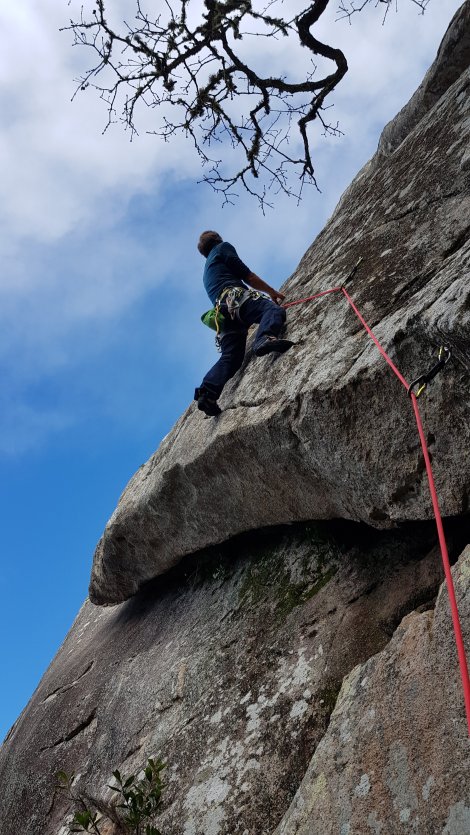 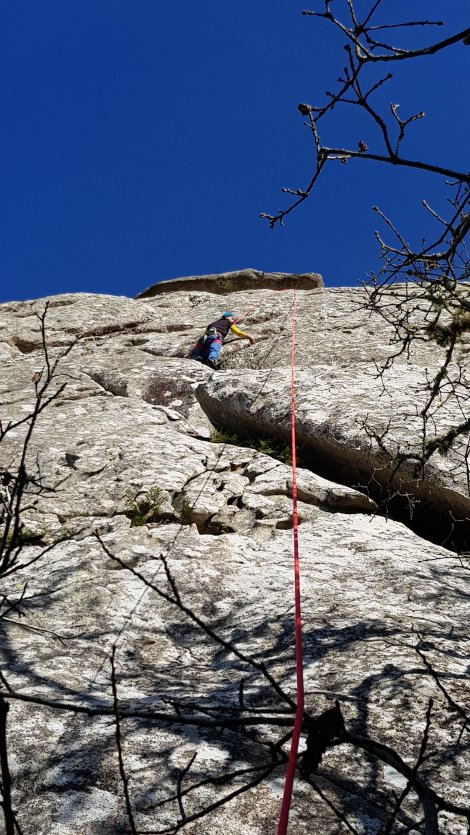 I should mention that the foot of the crag is the main tourist trog from the town up to castle and palace, and as such was mobbed with inquisitive passers-by. We’ve never been questioned or photographed (or told how brave we are) so much anywhere else – ironic that we were doing such casual climbing. 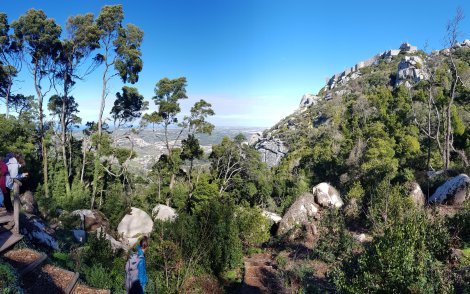 Having driven to the crag through zigzagging country roads through dense woodland on the south of the Sintra hill, it was a rude reminder of our proximity to Lisbon to take the northerly route down, which includes a stretch of motorway, a couple of shopping malls and the Estoril Grand Prix circuit. Both are about 30 minutes but the contrast is remarkable!