Drizzling this morning – the first really crappie day we’ve had in a month, so unreasonable to whinge (he says, whinging!) We settled for a day of exploring new crags, as there are plenty of options around Sintra / Cascais. The first plan was to check out the climbing at Ponta Atlantica, near Cabo da Roca (the westernmost point of continental Europe).

This is where the whinging intensifies and is directed at Carlos Simes, the author of the otherwise excellent new guide to Portugal that has been our climbing bible for the past few weeks. Carlos – why don’t you include a description of how to get to the crag?!! I spent a frustrating hour or so, stomping around cliff tops in fabulous granite but failing to find the Placa Sul I was looking for. These are largely trad routes, so less obvious, and it’s a big cliff!

I did find some beautifully sculpted granite…

… and managed to locate sector Garganta…

… but not the slab I was after. Frustrating! 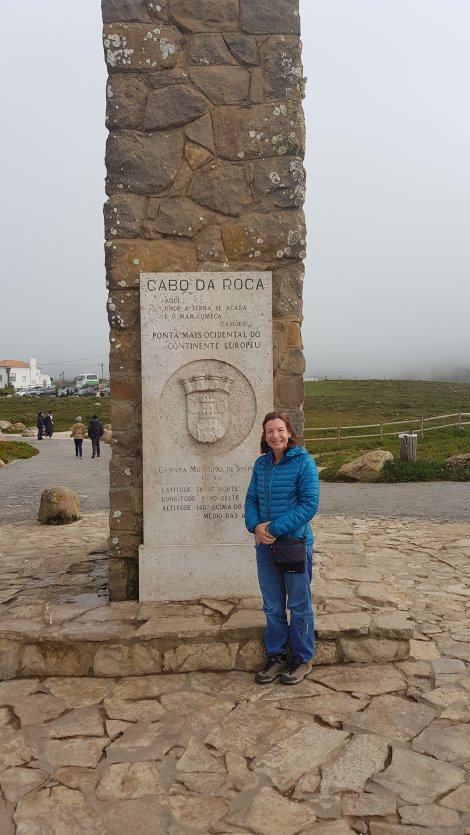 It is a grand spot, even if inevitably busy on a damp Sunday afternoon.

Next stop was Casal Pianos which must rank as one of the weirdest spots I’ve ever climbed. It’s a basalt seacliff about 10km North of Cabo da Roca, which has been partially quarried and recently developed as a trad climbing venue. It’s simultaneously wild and beautiful,…

Yet grim and grungy, especially the east facing Morro Este which was the only bit that wasn’t sopping wet… Quarried rock in a quarried landscape, all of about 20ft high – it makes Hobson Moor look like the Verdon!

… However, we did manage a couple more routes than we’d otherwise planned, so mustn’t grumble!

… And in fairness, the other buttresses look a whole lot better.

The final recce for the day was the climbing at Sintra, which is on top of a hill at the foot of a Moorish Fort – hopefully we’ll make it there in the dry later in the week.

After a day of hard graft without much to show for it, we decided to reward ourselves by exploring another aspect of the Lisbon environs – the beer scene! Beer Cascais is a great little bottle shop that would rival Harvey Leonard in Glossop, one of our favourite watering holes.

Apparently, according to Lonely Planet,  Lisbon is the centre of a craft brewing craze or “hop-heavy suds revolution” that is sweeping the country – hasn’t swept too far yet, as everywhere else is Sagres or Super Bock. These are good though… 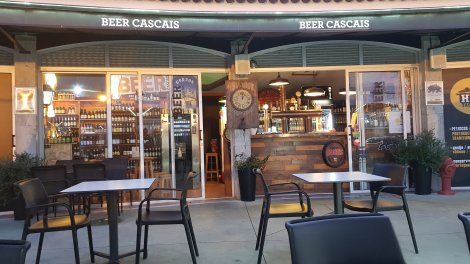 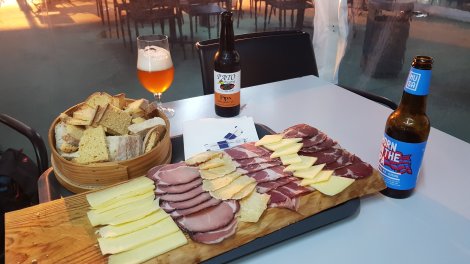