Another trip to Santa Linya sector Futbalin – I must have climbed here four or five times, and on the face of it that might seem daft considering the other options nearby. There are only a couple of dozen routes, and I’ve done all the ones I can, some multiple times. It’s not a magnificent crag and the rock is a bit loose in places…. So why do I keep coming back? 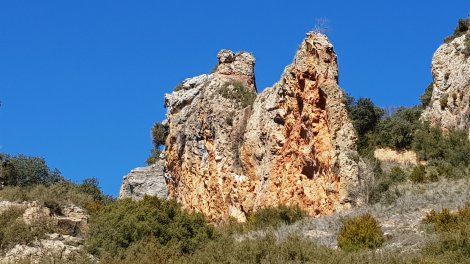 Reason #1 it’s only a 5 minute walk – Helen’s having a rest day so  I’m not dragging her up a big hill just to hold my ropes.

Reason #2 it’s a sun trap – freezing overnight and chilly in the car park, it’s toasty on the crag (especially now it’s  a bit later in the year when the sun doesn’t nip behind a rock to plunge the belayer into shade.)

Reason #3 the climbing is outstanding. I warmed up on Red Dusk, 6b+, and then did El Kalkilo, 6c+/7a, both unremittingly steep but on great holds, testing the ability to grab the occasional bit of respite and just keep going to the chains. Here’s Justin and Chris on Red Dust 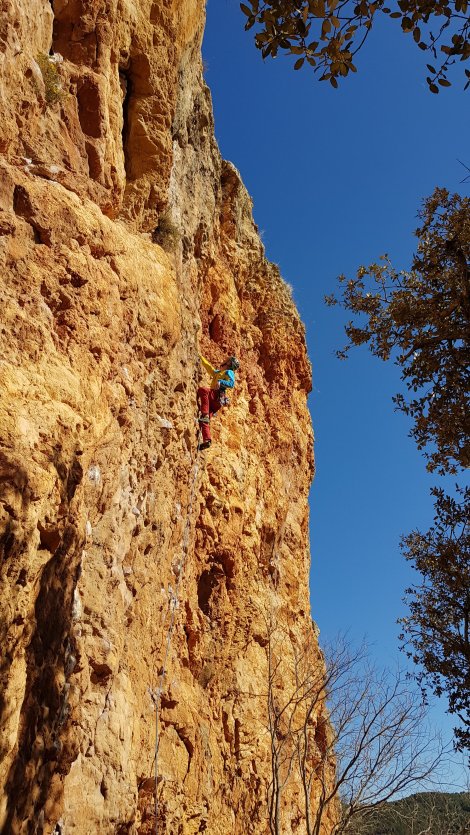 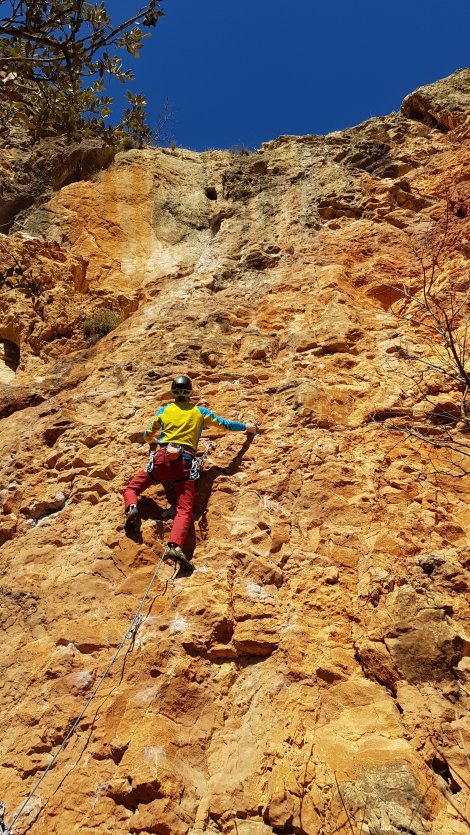 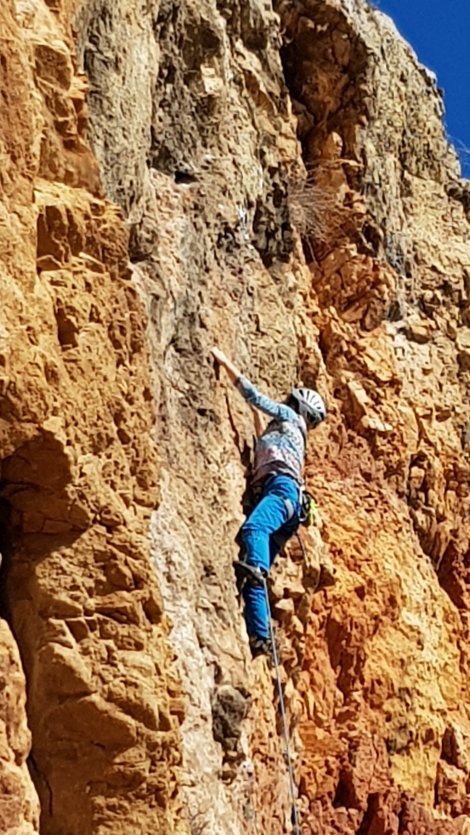 Having warmed up in “Winchester” (repeater) mode I’m determined to break new ground so I throw myself at one of the few routes I haven’t done, and get well and truly shut down on Opium, 7c, mostly my fault because I’d been aiming to do the neighboring 7b The Oxfury and lost count! That didn’t go a whole lot better, so a final roll of the dice found me on Colera, also 7b and also beyond my onsight capacity (I’d had a vague thought about using the day to project something tricky, but just couldn’t summon up the enthusiasm). However, some new ground covered and a very good workout! Time to enjoy the sun and watch Justin cruising Totem, 6c

Wandering back down to the van you spot…

Reason #4 it has one of the handiest overnight parking spots you could ask for – on an unused (?) football pitch (hence the name) 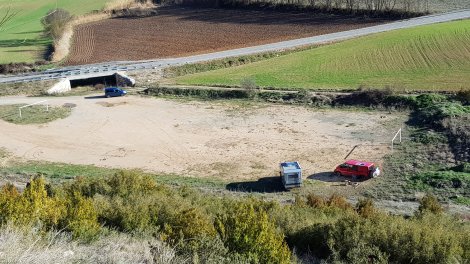 Time to enjoy the last of the rays 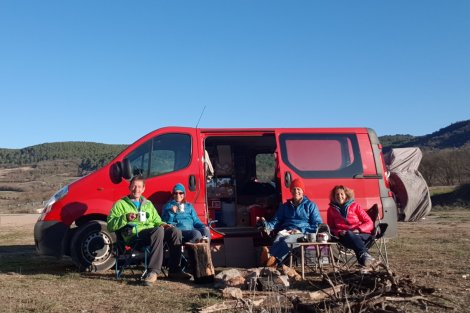 before assembling a campfire, which along with a couple of beers, is enough to keep the cold at bay until turning in at around 8 o’clock for a peaceful (if sub-zero) night 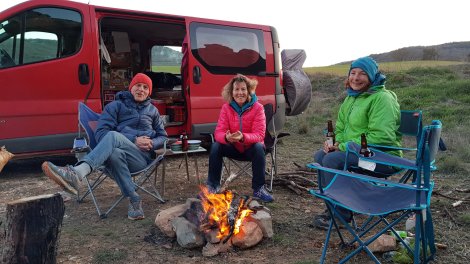