December held out until near the end to offer up a climbing weather window – until Christmas Eve to be precise. A forecast of sunny and 5C was as good as it’s expected to get before 2019 so Jake and I wrapped up warm and headed for Bamford. We were greeted by blue skies and a slight ground frost with a spectacular cloud inversion filling the Hope Valley.

I made the mistake of pointing out Auricle, one of my few grit “party piece” E2s and he thought it would make a good warm up.

… and just to up the stakes a bit further (to E3) he chose the direct finish.

I’d frozen solid by now and struggled somewhat! Magnificent views down to Ladybower though 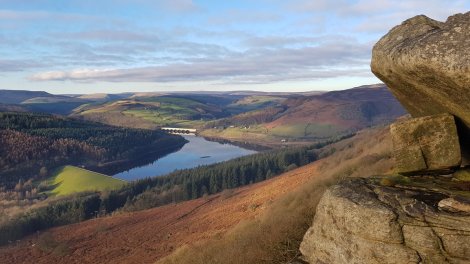 We then headed over to Salmon Slab to check for dry rock on Jake’s objective for the day: Salmon lefthand (a.k.a. The Trout, E6 6b). Damp in places but perhaps not impossibly so – worth a look on a rope, so I nipped up Quien Sabe for another 3* addition to the day (albeit a bit easier!)

Jake soon sussed the moves on a top rope and announced that he’d “give it a go”. Whilst there looks to be some decent gear, I prepared for an emergency sprint, as a fall from the top moves would easily be a twenty footer (as demonstrated in this video he didn’t show me until after he’d done it https://vimeo.com/53890693)

Here he is contemplating, having pulled the rope:

Anyway, Jake had no such problem 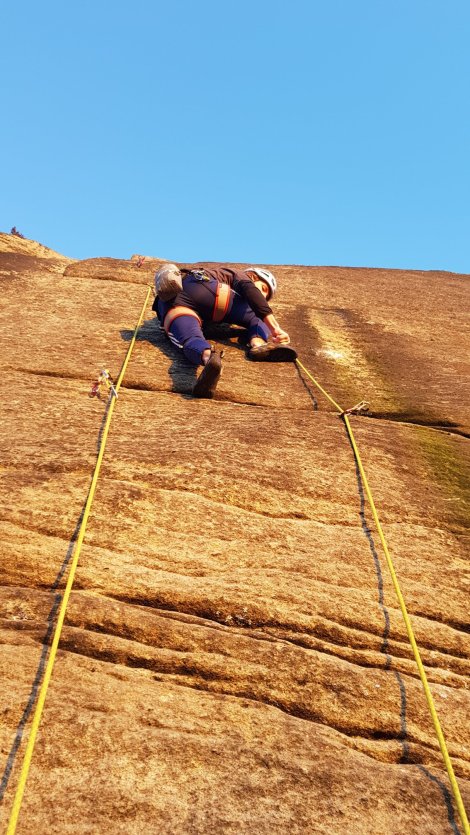 … he even gave me a rope up Jet Runner despite belaying in a T shirt.