This crag gets quite a write up in the guidebook and warrants 5 karabiners in Donde Escalar – “a spectacular climbing area with the longest sports routes on the island”.

The setting is certainly fitting, with the crag forming the south facing side of a deep gorge, with stunning views down to the sea and across to La Gomera. 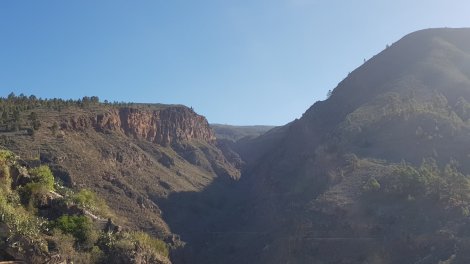 The crag is in the Montana de Tejina protected natural area and a permit is required prior to accessing climbing. The permit is easy to obtain, subject to a maximum of 70 people per day, and it’s free – just visit the webpage: http://centralreservas.tenerife.es/actividad/4(only in Spanish) 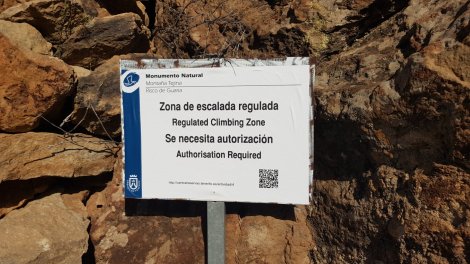 It’s about a 20 minute walk to the crag, starting steeply up the road and looking out for a path that runs along the boundary wall before the last dwelling on the right (a single storey white bungalow / shack) about 100m past the much grander No. 16. There’s a good path up the terraced hillside which is worth taking the time to find (occasional cairns) which leads up and then contours round beneath the crag. 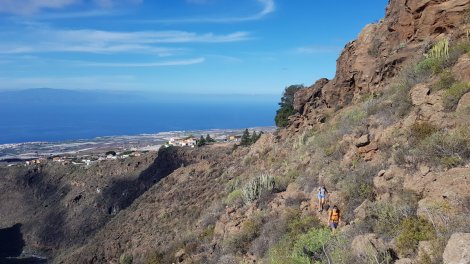 It’s wall-to-wall sunshine and 22C – fab for sunbathing but a tad warm for a south facing crag. I hesitate to use the word “unfortunately” but it’s forecast the same for the rest of the week, so we’ve just had to slip-slap-slop and get on with it (I can sense the waves of sympathy all the way from home…)

Once again, many of the easier routes are trad lines, and we did a couple of the few easier bolted routes to warm up. Here’s Leah nearing the top of Que Bonitas son mis Ninas, V+

and here’s Tash on the outstanding Los Lunnis, 6a (though there’s a move on the initial thin wall that wouldn’t be out of place on a 6b!) 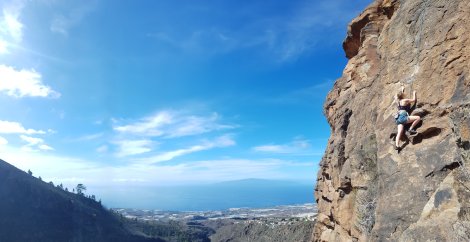 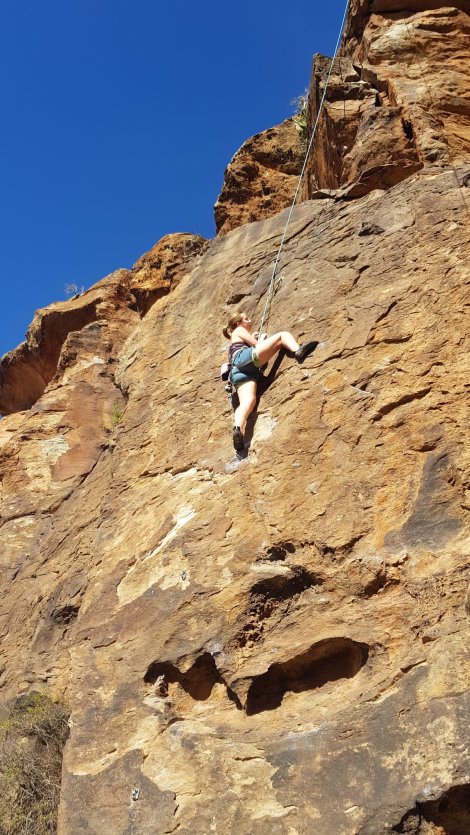 Tash and Leah also fought their way up the improbable juggy Capricornio, V+ 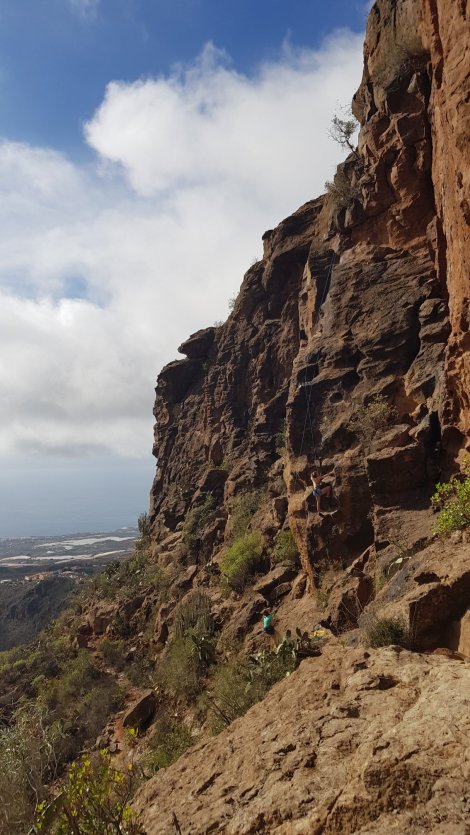 Peter Punk, 6b+, was deemed worthy of having a sector named after it, and proved to be well worth 3*, with a somewhat harrowing run-out around mid-height.

Another “route of the sector”, Commando 25, 7a, was a fabulous stamina crimp-fest – here’s Jake showing the way

… but unfortunately, there were a couple of crimps too far for my onsight. 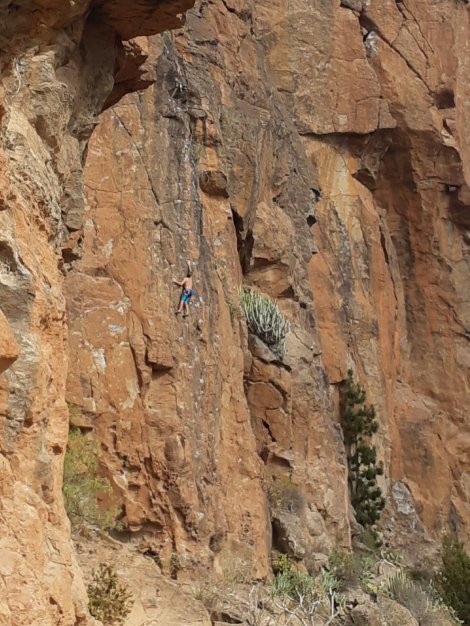 Heading rightwards again, Via de Pablo, 7b, on Sector Big Wall, offered a 35m stamina test with some mighty pockets interspersed with a couple of fingery interludes and a final heart-breaker crux (no problem for Jake of course).

By 5pm the cloud had finally bubbled up enough to provide some shade, and Jake took advantage to polish off La Quilla, 7b+, up a wild and massively overhanging corner system.

He certainly ended up with a big swing lowering off!

Moody sunset as the cloud billowed up – time to be heading down, me thinks… 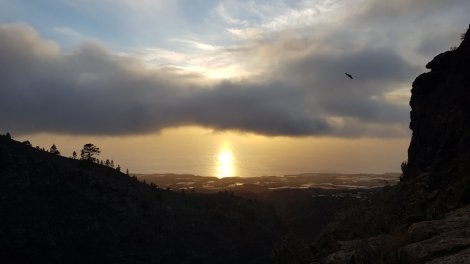 Guaria certainly lived up to its billing – I’d put it in the same league as Siurana (similar long, aesthetic lines) and Margalef (pocket paradise) but without the crowds (we had the whole place to ourselves) or polish. I’d definitely recommend a visit, but maybe take the guidebook advice and wait for a cloudy day, and expect some stiff grades!