We arrived at Castro de Barona late on Sunday afternoon, just in time for a quick recce.

The place was heaving, but with tourists rather than climbers, as the place’s main claim to fame is its Iron Age fort, dating back to around 100BC and marvellously preserved. It occupied an isolated peninsula which apparently provided security and succor to its inhabitants. 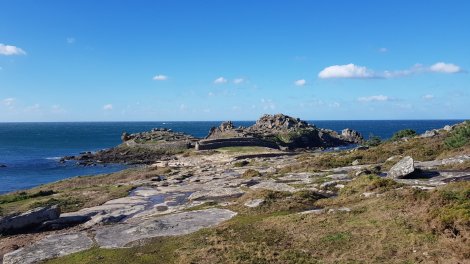 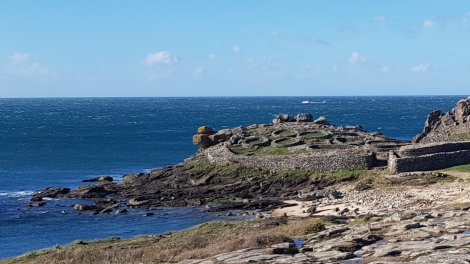 Anyway, enough of the history lesson. You park in the same place to reach the crag, and follow signs to the Fort along a cobbled track with red and blue paint flashes. As the fort comes into view, ignore the throngs heading towards it and instead stick with the track and flashes and bear right following a walled sunken track down towards the sea. This soon brings the crag into view:

It’s a fairly small wall about 15m max height and a couple of hundred metres wide, but what it lacks in size is more than made up for by the situation. It really is idyllic:

These shots were taken from the headland opposite, and you can just about make out a few teams of Sunday climbers.

Recce over, we headed 10 minutes south down the coast to the splendid beach, Praia das Furnas, at Xuno, just in time for sunset.

Great view from the van window the following morning

We nipped into the local bar for a coffee (to give the SW facing crag time to warm up), and were engrossed by the coverage of Storm Gloria on the telly, as reports of snow in Murcia vied with motorway closures in Granada: 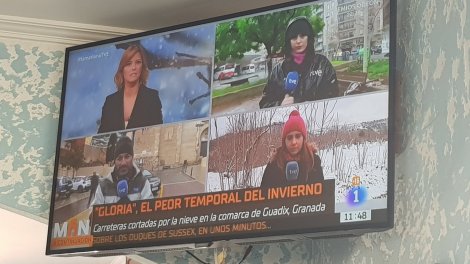 First hand accounts from friends on the Costa Blanca of 7 inches of rain overnight and 80mph winds put yesterday’s damp crag into perspective!

It was breezy enough as we wandered over to the crag but happily very sheltered from the NE wind when we arrived, and what an enchanting little sector it is, with non-tidal access and a comfortable ledge system beneath the routes.

The most impressive area, which is featured in Donde Escalar, is Diedro Armeria, and we did half a dozen routes around there including the eponymous 6a+ (immediately above Helen in the photo above) and Fenda, V+

as well as Diedro Armeria 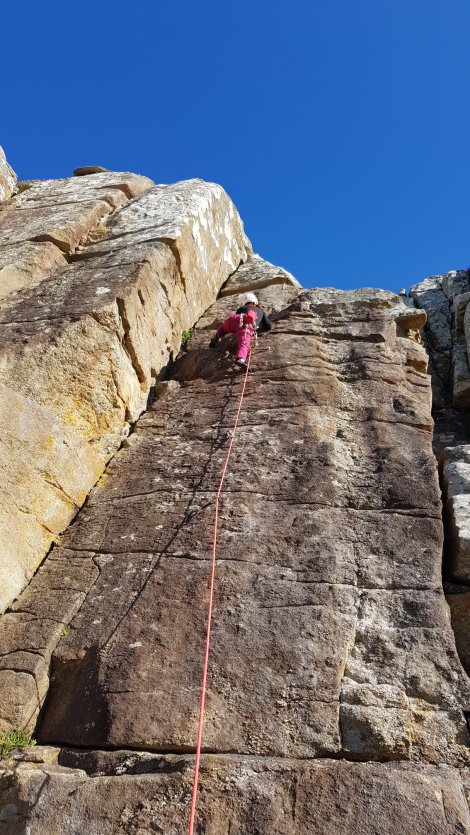 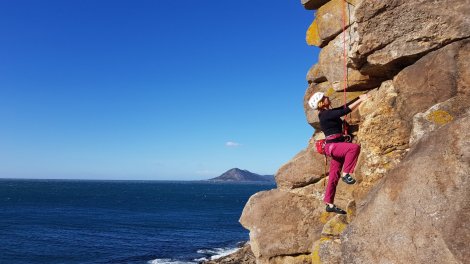