As we left Jean, skirting Granada, on the way to Almería, the wall-to-wall olive groves gave way to the white and pink blossoms of the almond trees; all set against the backdrop of the Sierra Nevada, improbably brimming with snow (incongruous that there’s a ski resort only 30 km from the Costa del Sol!) We took the winding pass over the Eastern end of the Sierra to Almócita to revisit one of our favourite finds of our 2018 trip – Cacín, in the Sierra de Gádor

It’s a 30mins approach walk along a pretty obvious path (follow the broad track which narrows to a good path skirting the olive trees, before dropping down into the (dry) watercourse via a short steep section (fixed rope handrail, largely unnecessary) to follow the watercourse to beneath the crag.

We managed to pick up some confusing directions on our first visit so here’s a Wikiloc just in case (and it’ll get you to the parking)
https://www.wikiloc.com/rock-climbing-trails/approach-to-cacin-climbing-escalada-46960675

This is a Donde Escalar featured crag and gets 5 karabiners, and is well worth it: Over 200 routes on both sides of a pretty canyon, on stunning orange limestone. There’s a mix of grades with a few Vs and 6as, then a bunch of 6bs & cs (easily a couple of days worth) but it’s fair to say that you’d ideally be climbing into the 7s (or even 8s) to make the most of it.

As this was our third visit, and neither of us is on top form, we ended up repeating a few routes, but that’s no hardship; the quality is generally excellent.

We warmed up on Diedro Marisco, 6a+ (good but tough!) then did Adios Varne, 6b+, Operation Cabarito, 6b (outstanding!), 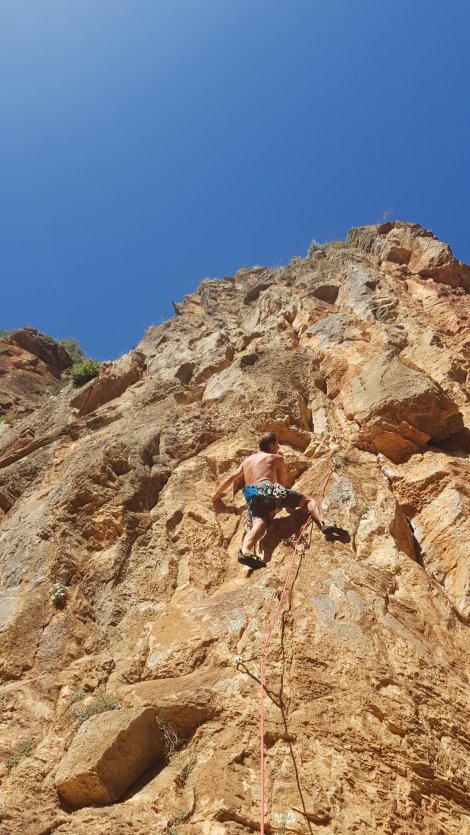 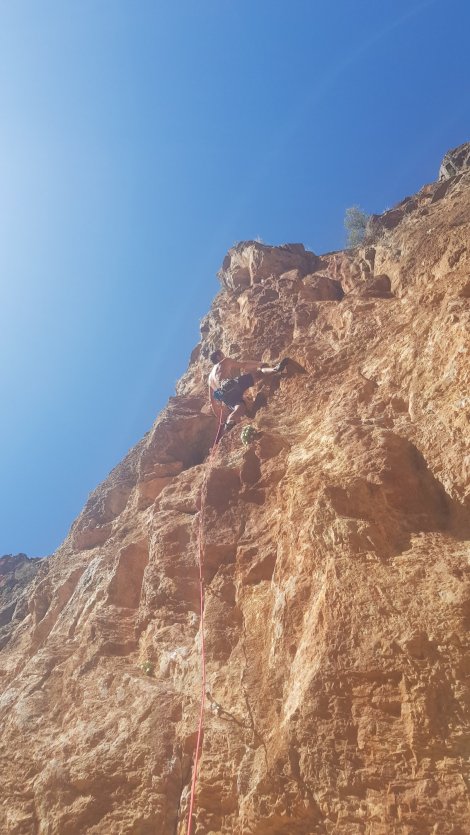 … as well as a valiant effort on Fuc#ing Crisis, 7a 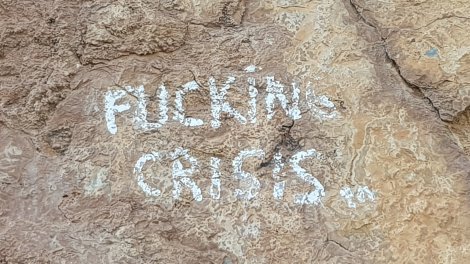 …and Con Los Cohonnes, an intimidating V+ with a memorable corner crack 2nd pitch, and the slightly disappointing Venga Venga! 6a+.

Scorching in the sun until around 3pm when it disappeared behind the crag, at which point it gets a bit chilly for belaying – and anyway, we were toasted in both senses of the word. Back to the campsite for sunset and a sundowner. 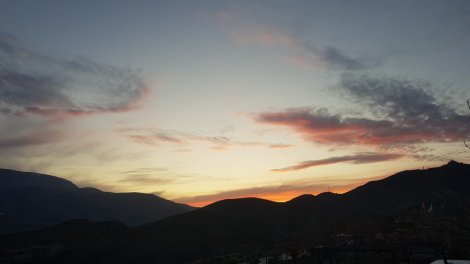