Alex, the first named storm of the year, was forecasted to dump about 6 inches of the wet stuff on Val Penneveire on Friday, threatening to put a major dampener on Jake’s last day of “Sun Rocking”. Of course “oh well, never mind” was never really an option, and plans were hatched for a YECTOYD (You Either Climbed Today Or You Didn’t).

Reviewing these in the morning resulted in the following whatsapp exchange: 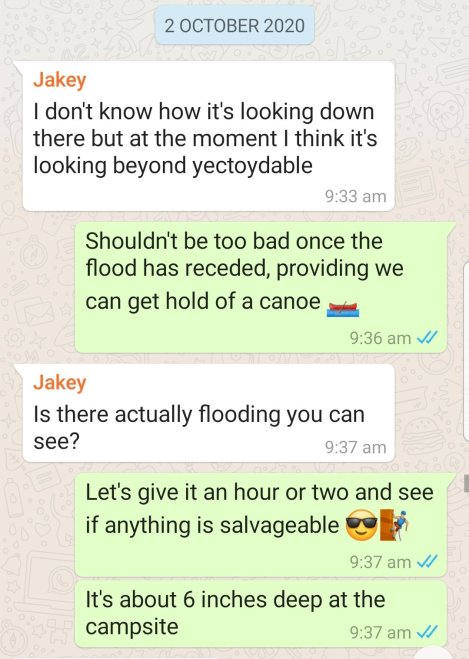 Anyway, things perked up and we convened at the Erboristeria parking in Castelbianco. One silver lining was that there was a parking space (it’s usually completely rammed!)

Another silver lining was that the crag was looking pretty dry (the major advantage of having a huge built-in umbrella!) Closer inspection confirmed dry rock – game on!

Jake got a rope up IGNATiA, a stupendous 6c+ on huge but spaced holds. Outstanding!

The adjacent Bella Donna, 7a+, is a much stiffer proposition, but highly recommended, and Jake also made short work of Cuscuta, 7b+,

… and Scilla, 7a. I might come back for the latter…

After a final beer and great food at the Colletta bar, we wished Jake and Leah safe travels (with advice to allow extra time to dodge the fallen trees and other storm damage).

Next day dawned sunny, and we decided to explore one of the crags in the next valley to the west – Rocce di Loreto in Valle Argentina, reckoning that the 50mins drive would allow extra time for things to dry out. We were a bit cheesed off to arrive at the crag coordinates generated by the (otherwise excellent) Vertical Life App in the bustling town square of Taggia, at the entrance to the valley, with the actual crag another winding 30km upstream. Even more disappointed to find the road closed due to storm damage, having already negotiated fallen pylons and mudslips, not to mention numerous reversing Cinquecentos! Of course the minor inconvenience was properly put into perspective by subsequent reports of lives lost just over the border in France and a hundred miles north in the Aosta Valley, where they’d had a year’s worth of rain in a day!

A quick zip back to Val Penneveire saw us geared up at Telematica by 2ish. 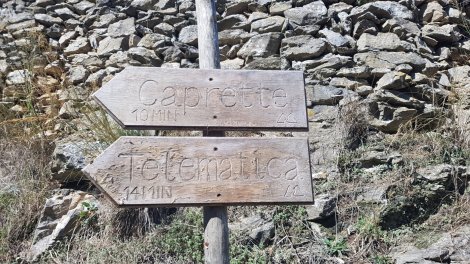 We weren’t the only ones reckoning on this being a fast-drying, short walk-in option. It was rammed!

The local “Sunday climbers” out in force made for a more jolly, less serious vibe than the usual midweek hardcore teams, and there was plenty of loud, excited Italian chatter as a soundtrack. We were pleased to salvage a more than decent return of half a dozen routes from our ill-fated start.

RAM and Excel are both fingery vertical 6a/+s, Download and MP3 are both good, long 6b+s with a bit of tufa action thrown in, 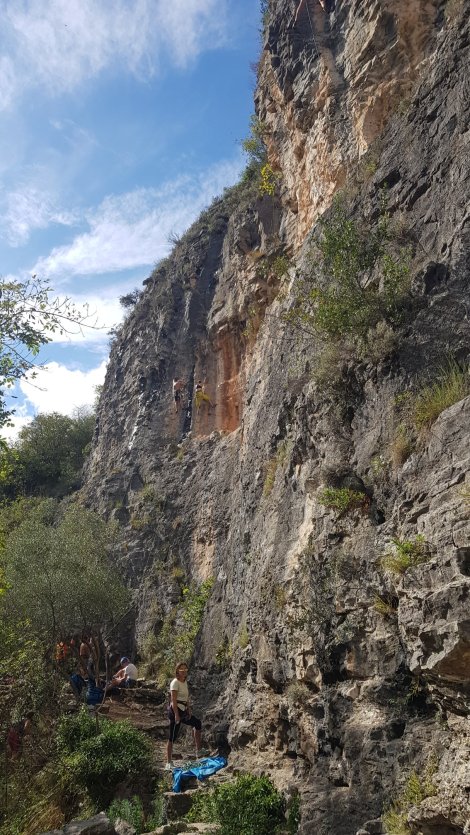 but perhaps the route of the crag is Kazaa, very stiff for 6a+, with a very crimpy start and a striking lay back crack as a finale.