We’d visited most of the major areas on the North Coast so it was time to venture around beyond Land’s End to sample the South. The charming parking spot at Porthgwarra is the start point for most of the crags hereabouts (note to future self – it was a good plan to demount the van and leave the “house” at the campsite as the lanes are pretty narrow!)
Carn Barra was first on our list – Jim and Dave had already got an ab set up above the Southern Platform (though you’ll have to look closely to spot them)

Weasel, VS, was a rude awakening, with slippery moves and a damp overhanging crack – it had me doubting my granite-climbing skills, but actually turned out to be the hardest-feeling route of the day, despite being the easiest grade.
The adjacent Sea Wolf, HVS, was more enjoyable, though you had to work for the gear on the lower wall 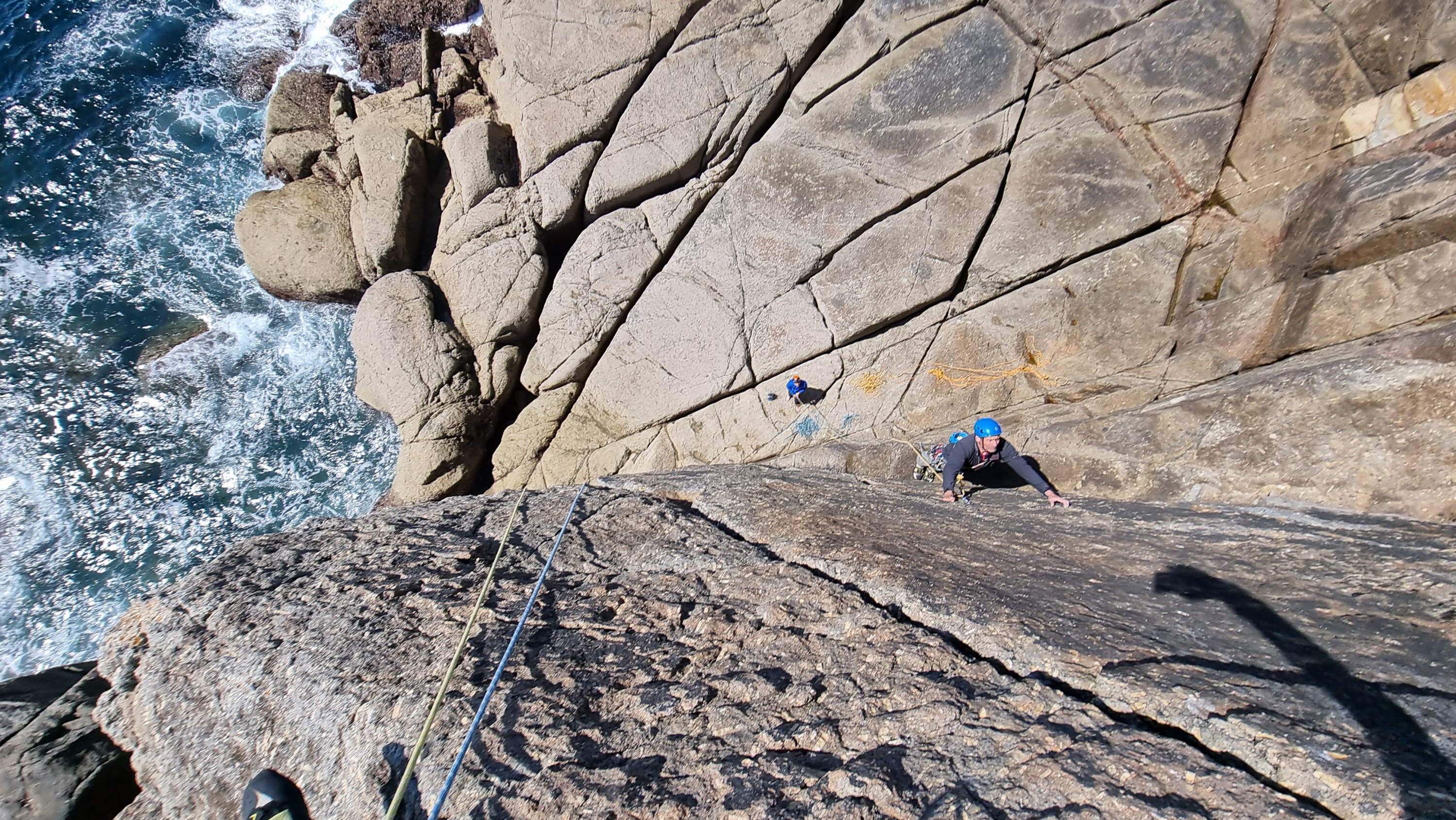 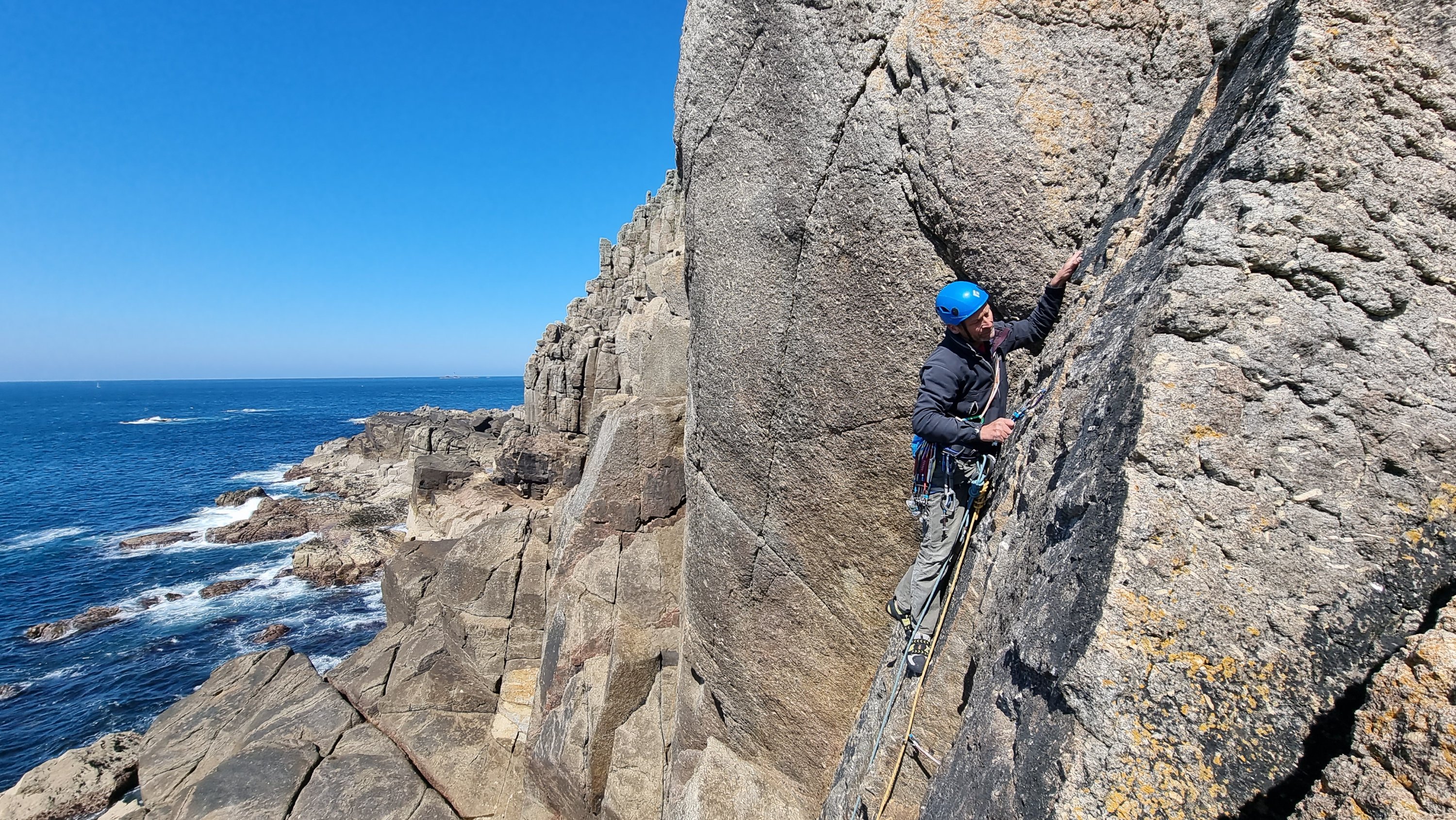 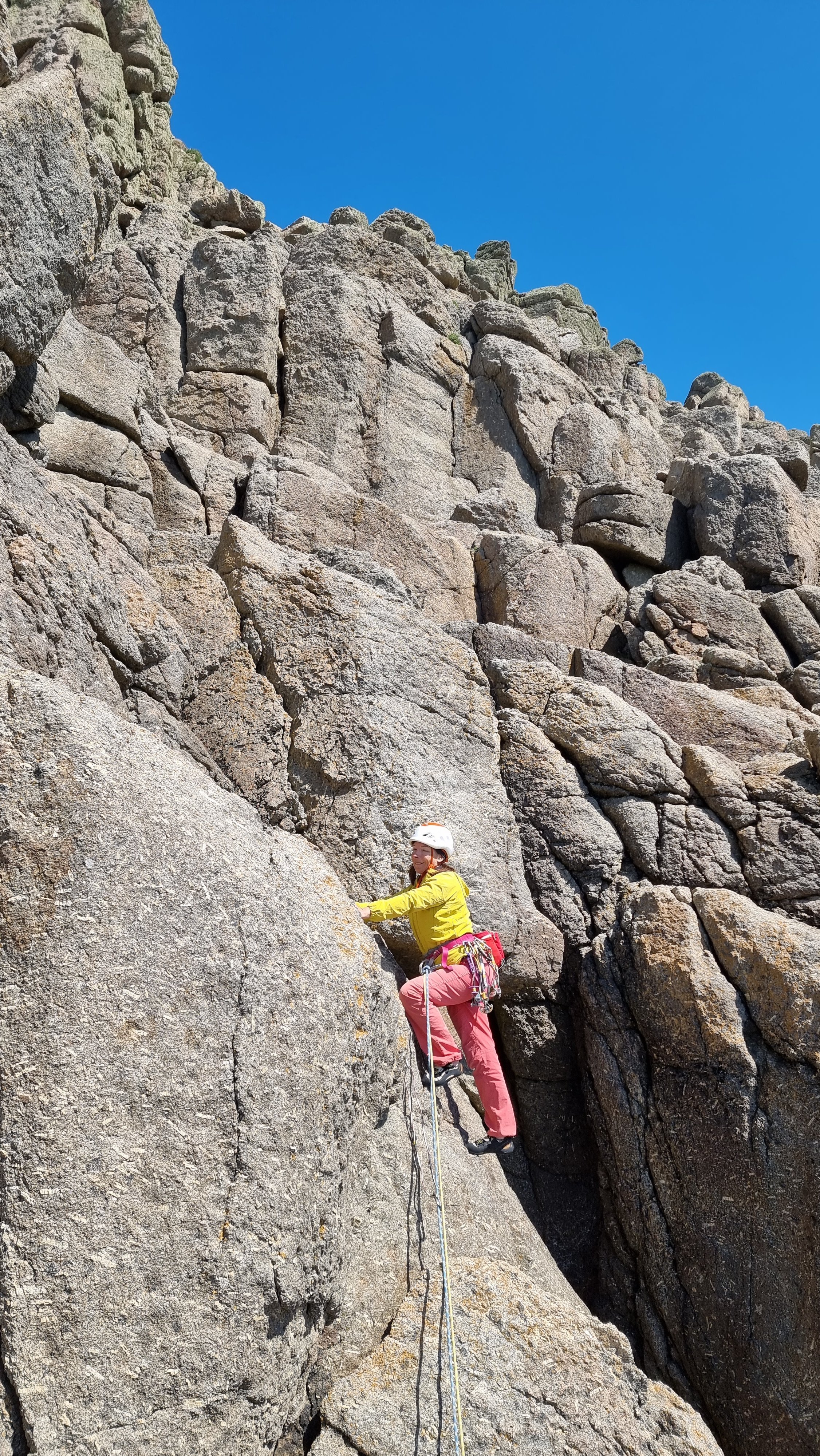 Moving along, the Central Wall was a huge improvement, and such a privilege to have the whole crag (indeed coastline!) to ourselves, apart from the ubiquitous inquisitive seal 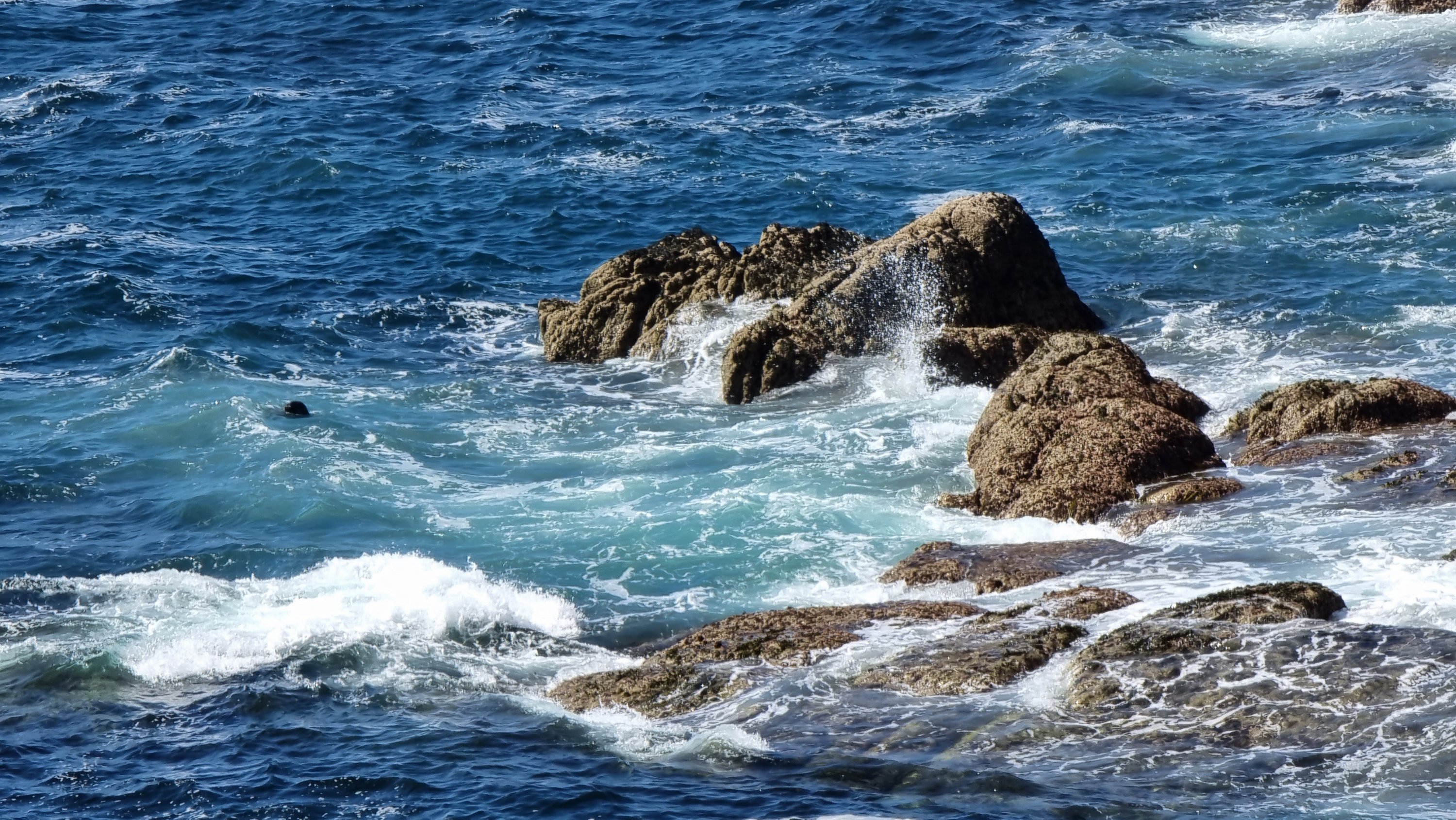 Axis, VS 5a, is remarkably amenable once you’ve passed the initial tricky couple of metres. Dialectic is an excellent HVS/E1, with just one tough move where the crack narrows 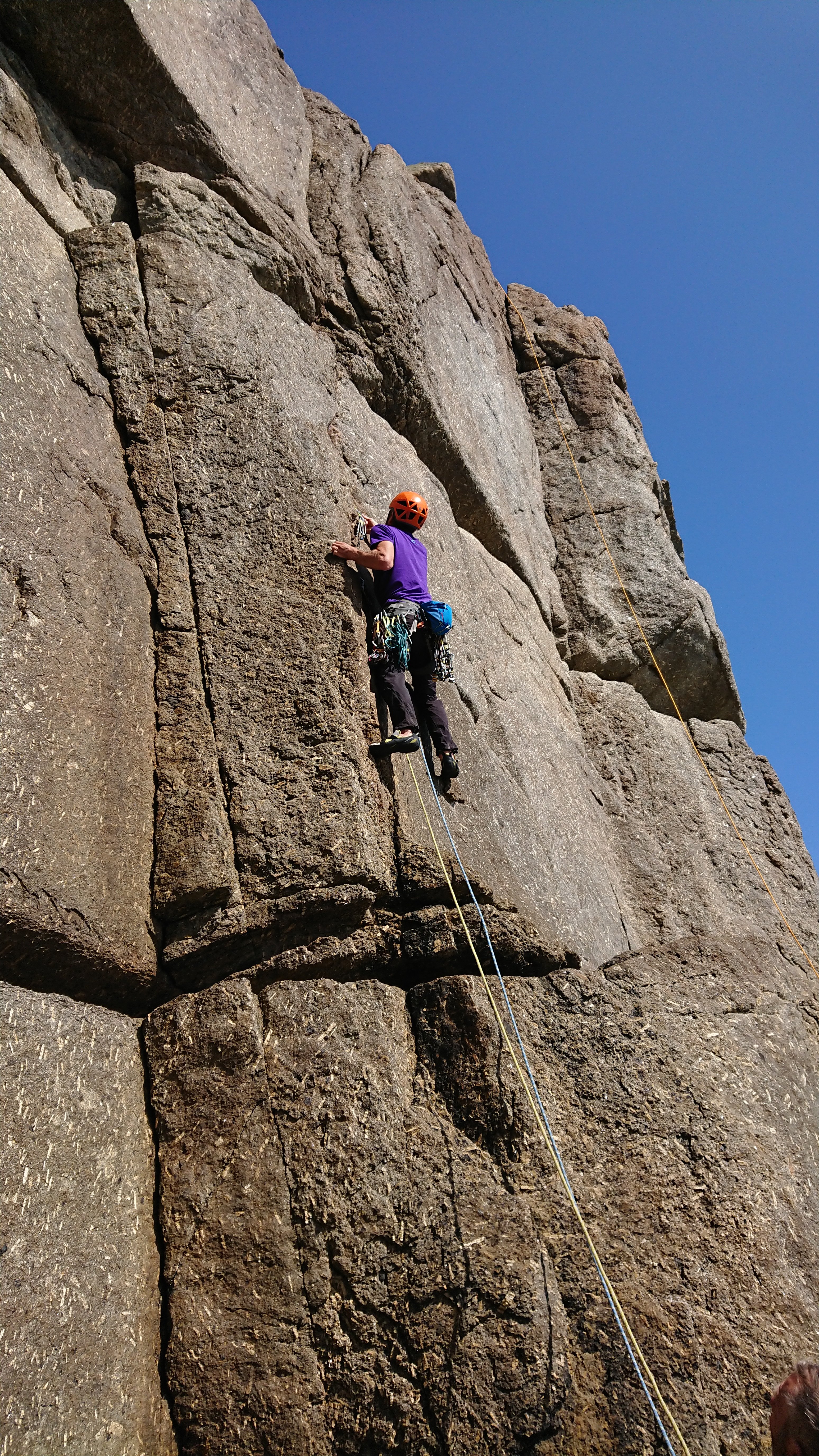 Followed by a juggy romp to the top 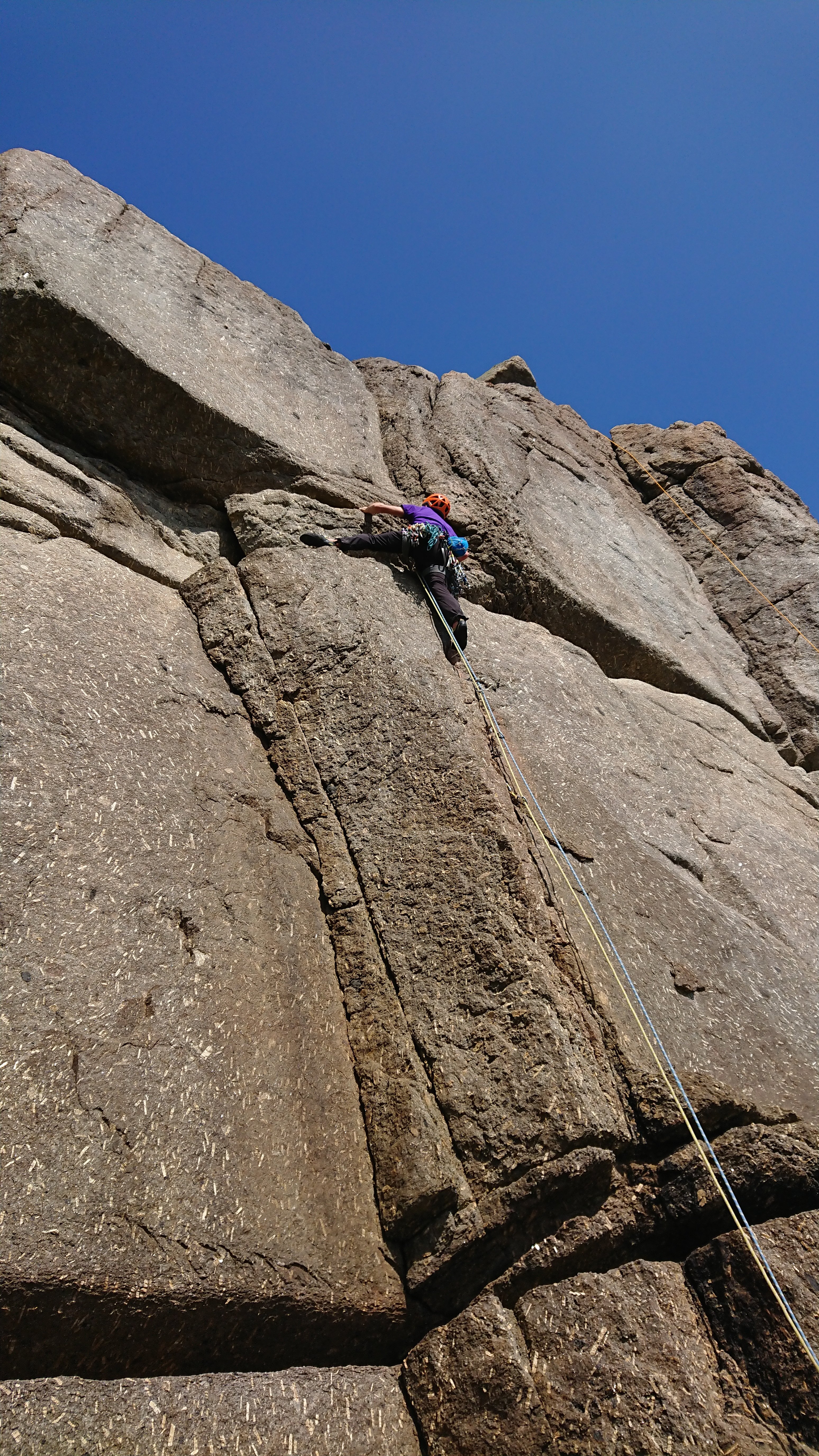 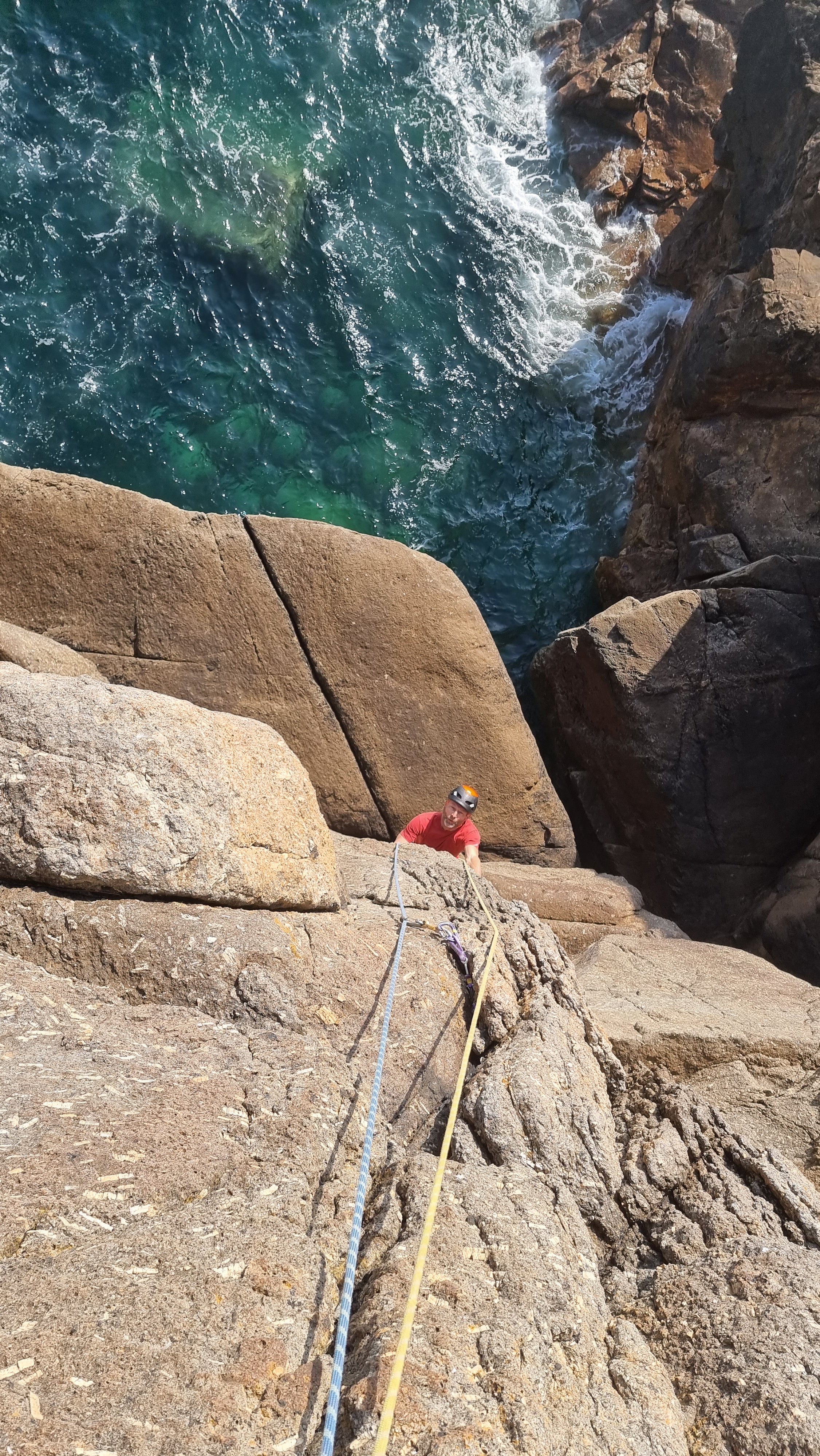 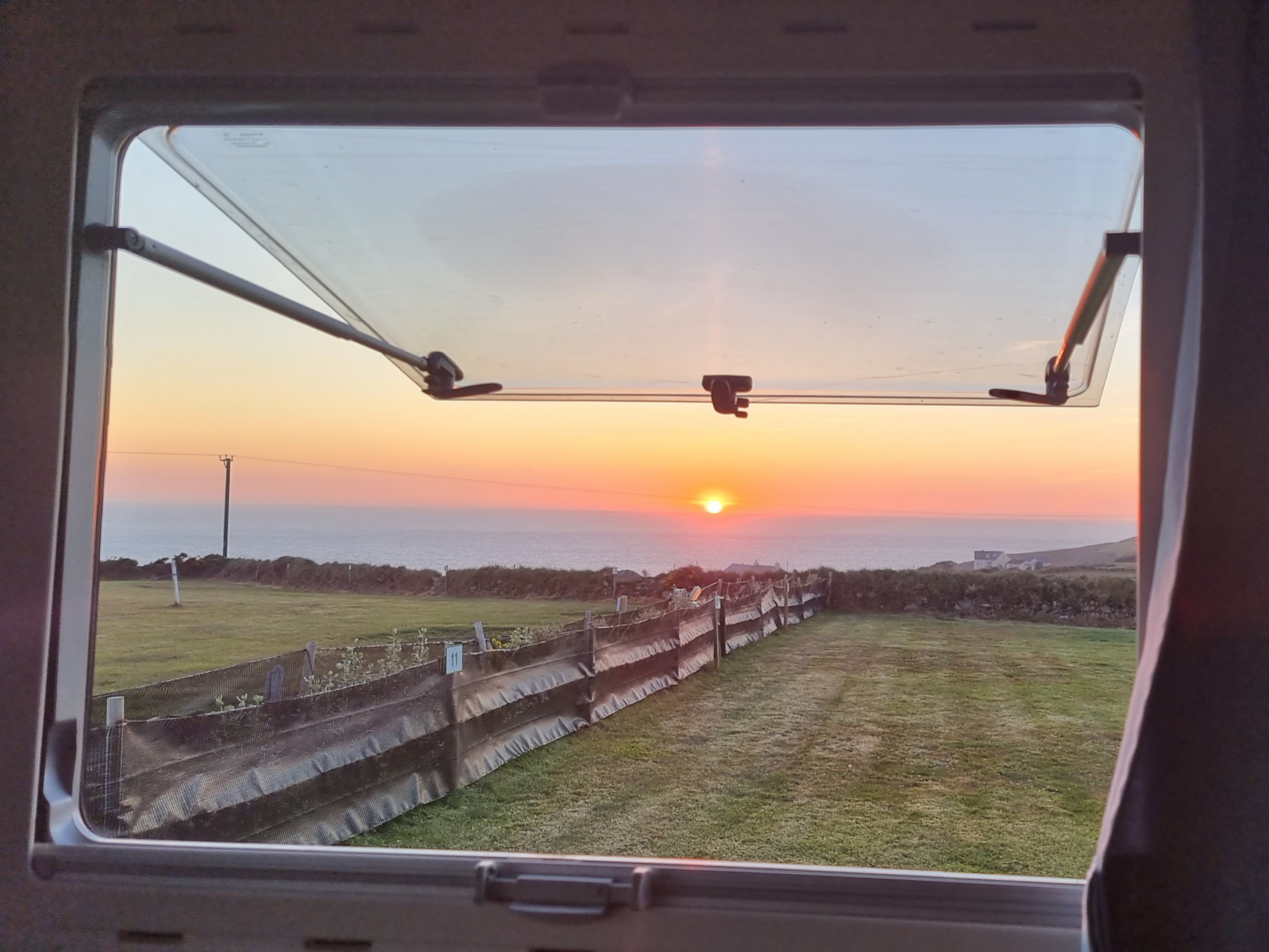 Back to Porthgwarra the next day to climb on Chair Ladder – South Face Direct is the classic VS and gets the Top 50 garland. Obvious approach down Ash Can Gully, beneath the coastguard Station (centre of the photo below) though probably a better idea is to ab the last 30m down East Gully which also allows for a high tide approach. 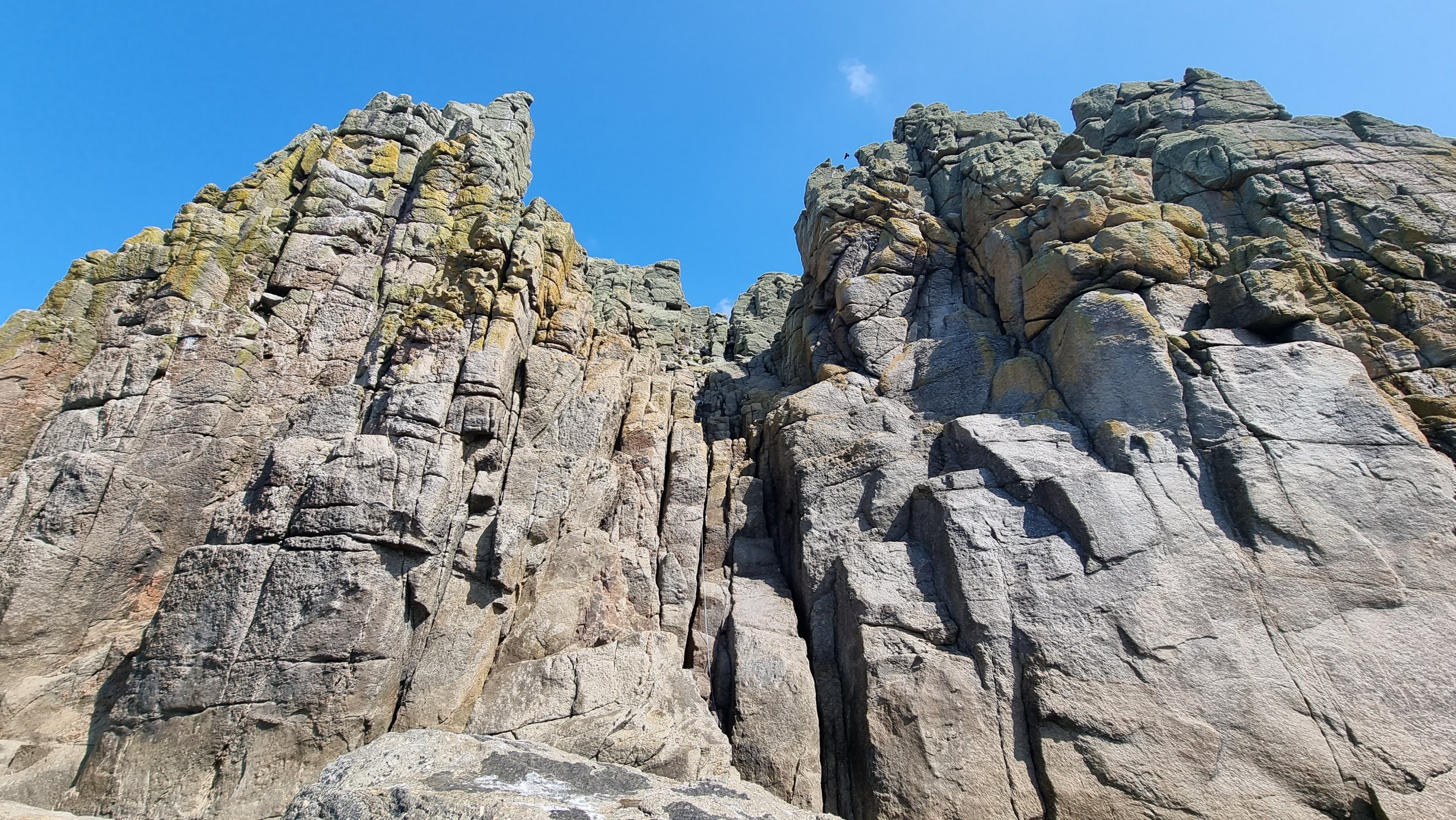 It’s straightforward to climb in two long pitches, rather than the 4 described in the guide. Both have some trickiness, with a thin steep section in the lower crack, and a balancy few moves above the “mushroom” flake on the upper wall. Here’s Helen approaching the mushroom. 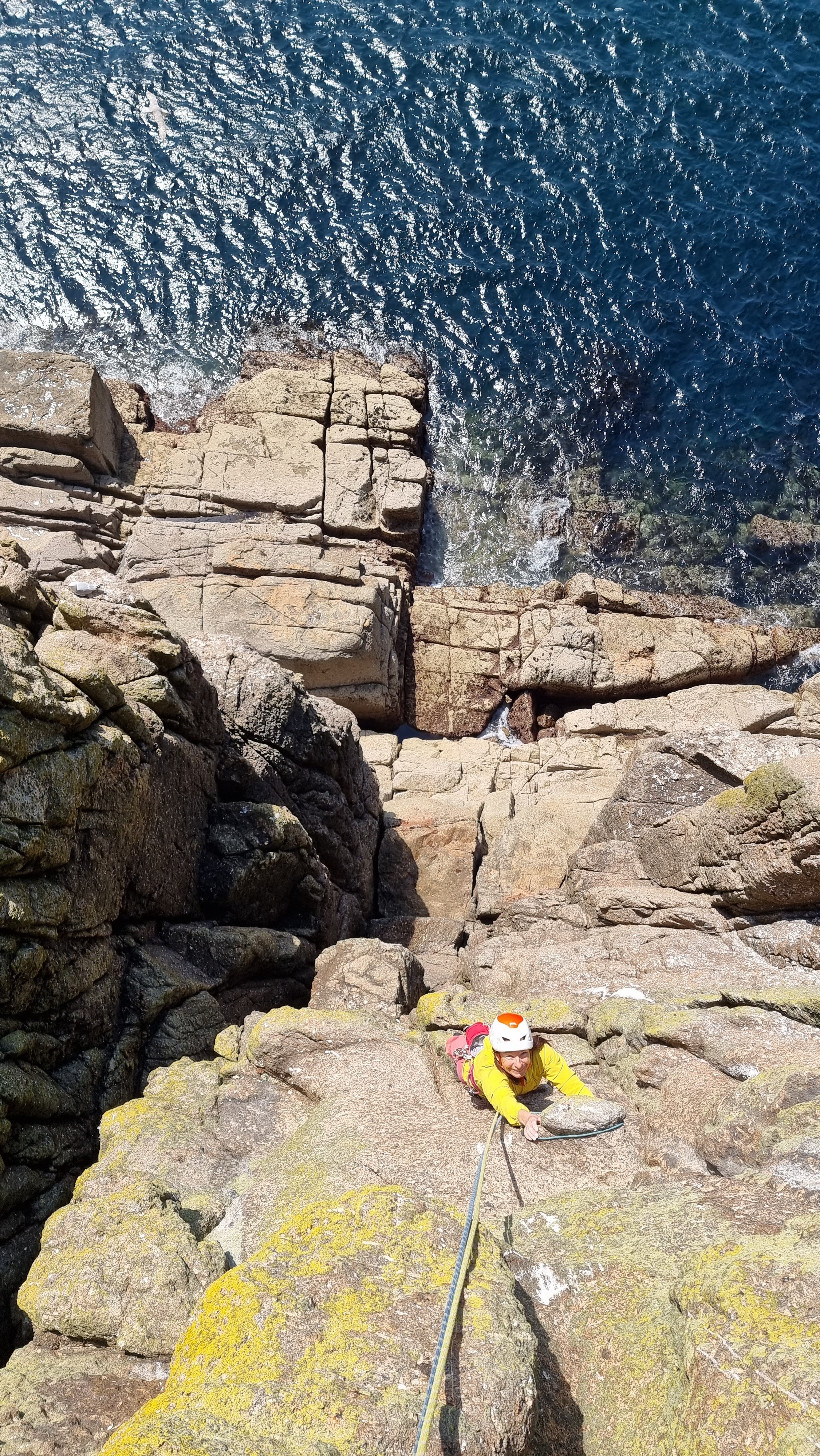 Plenty of gulls around at this time of year, but they seemed to have their minds on coupling rather than puking! 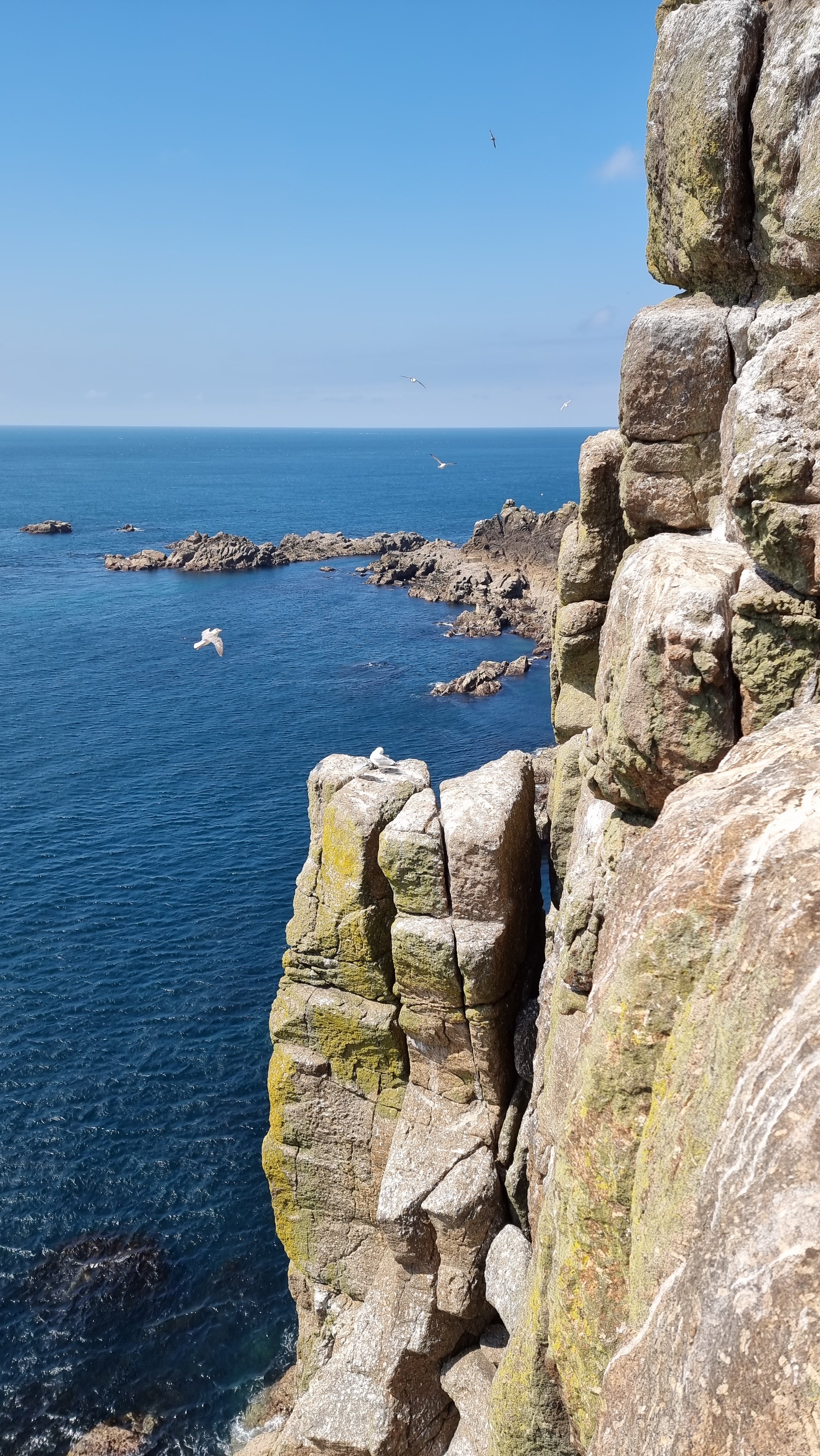 You top out on a pinnacle set away from the clifftop, so even then you’ve got a bit of down-climb faff and whiskery lichen to finish. 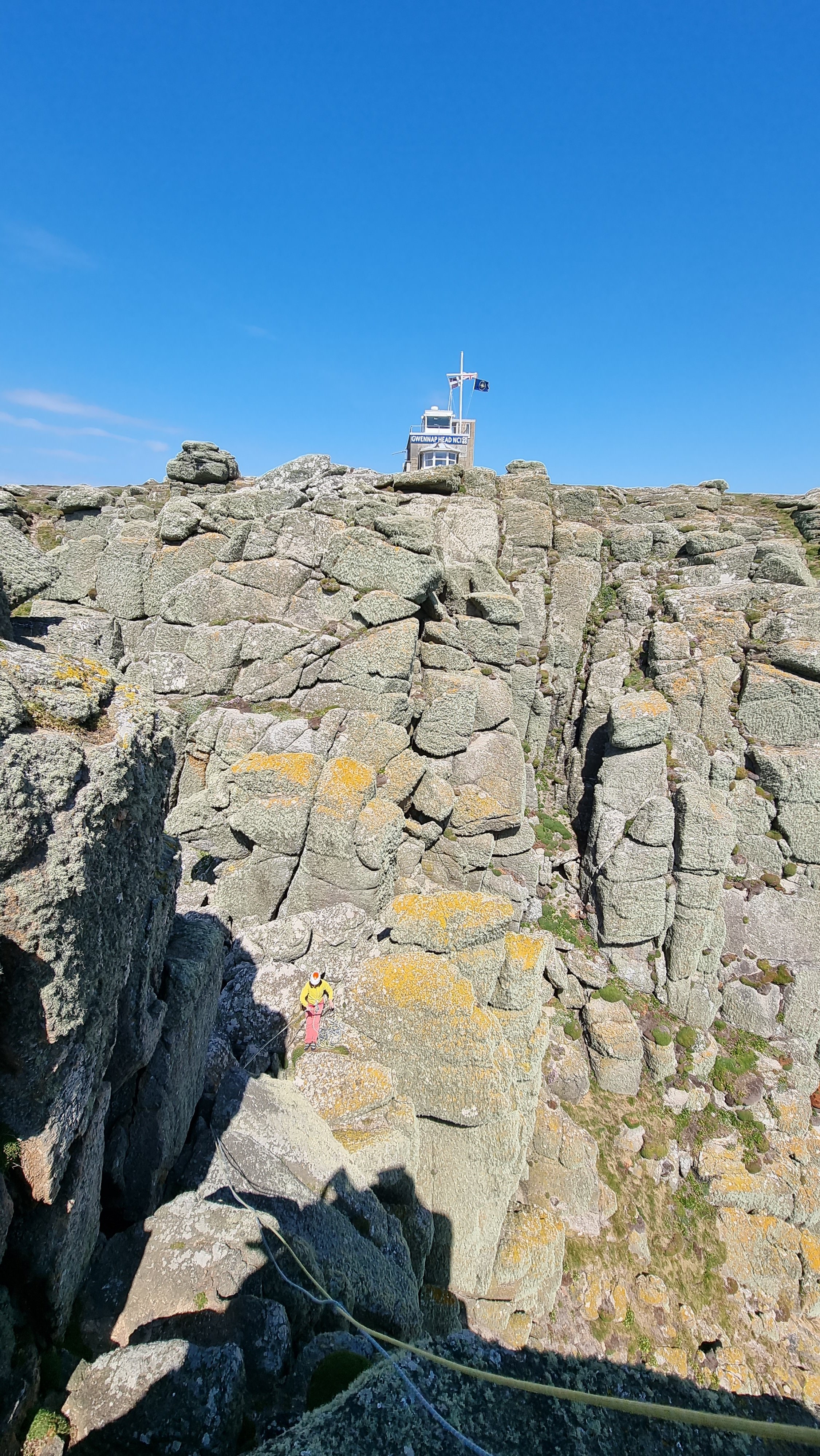 Great route! Further hindsight suggests that it would have been better to do this second (as you can access it towards high tide) whereas we were now cut off from getting on much else on Chair Ladder. Undeterred, we headed a few hundred metres along the coast path to Porthgwarra itself and did the enjoyable Shawangunk – the climbing bore no resemblance to The Gunks, but was fun all the same. 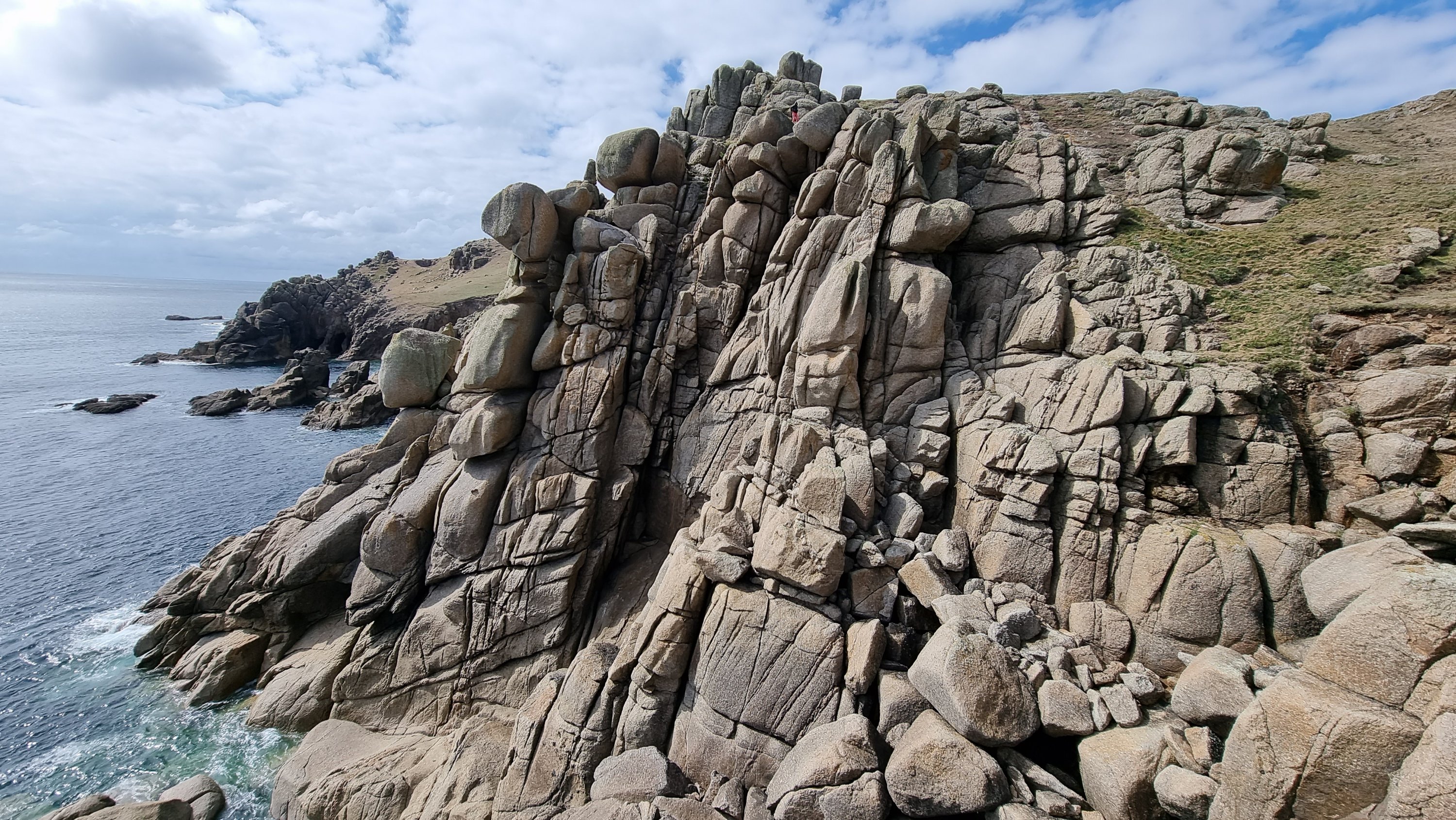 Then the idyllic stroll along the cliff top had us safely installed in the beer garden of The Logan Rock by 5.30. 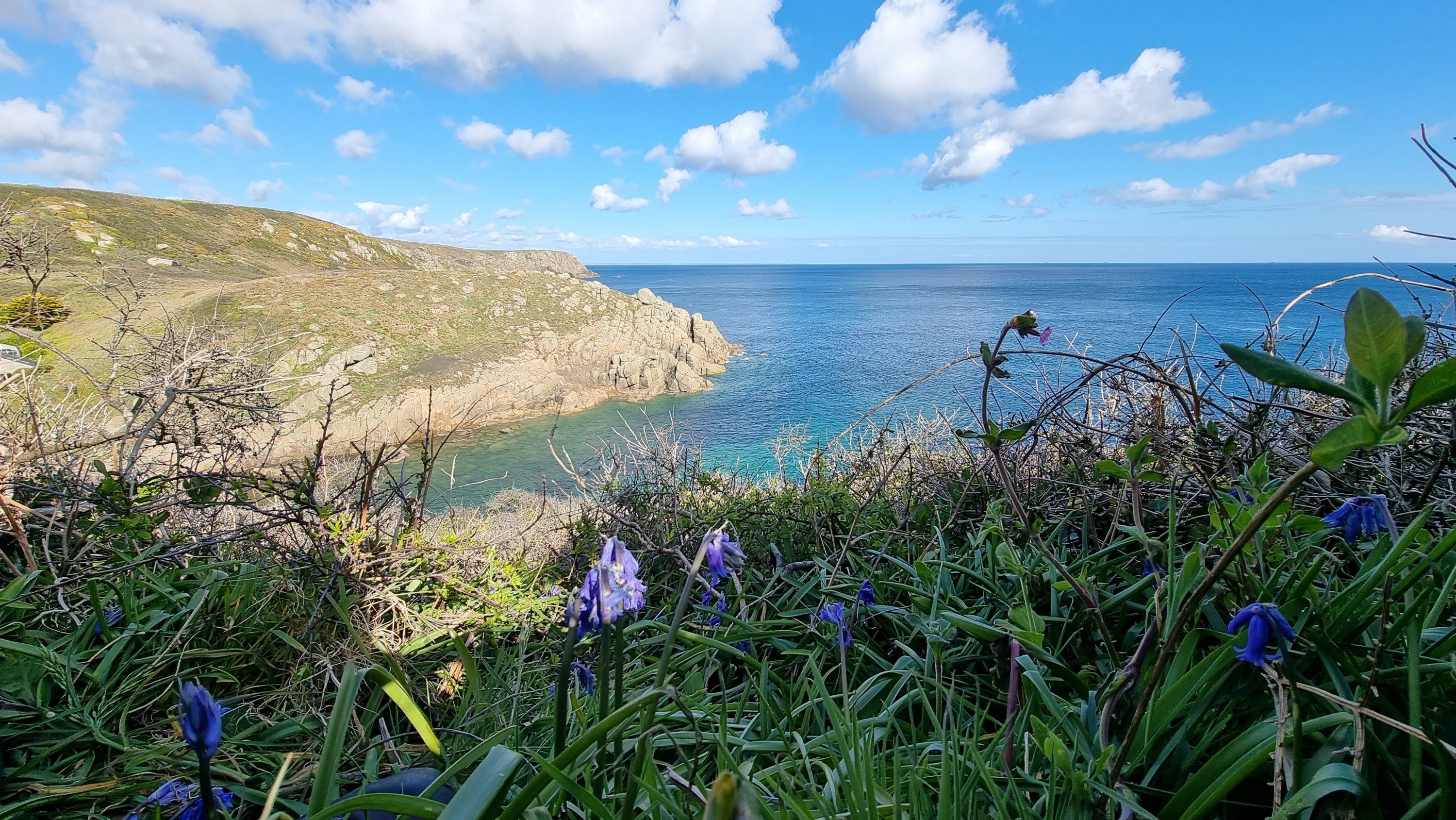 One response to “Carn Barra, Chair Ladder and Porthgwarra”