A late start and a breezy day, so we went for a look at these sea cliff routes. We’d visited a few years ago for the classic 6 pitch route from sea level, but not explored the upper tier.

The approach to the crag is surreal – through the Cumbre d’el Sol apartment complex – it’s more like a city, about 3km across! Popping out the end you reach a tiny strip of cliff top and then head down into another world. The contrast of steep cliffs dropping into the med, with sprawling ‘civilisation’ above is stark. Viewed from below, the development looks like a badly iced cake, with villas oozing off the top and dripping down the edges. 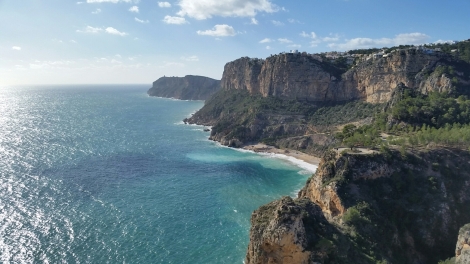 We arrived just as a Spanish lad was poised on the main arete of the crag – great position, and a stunning pitch that I did later. Tough for 6b+. 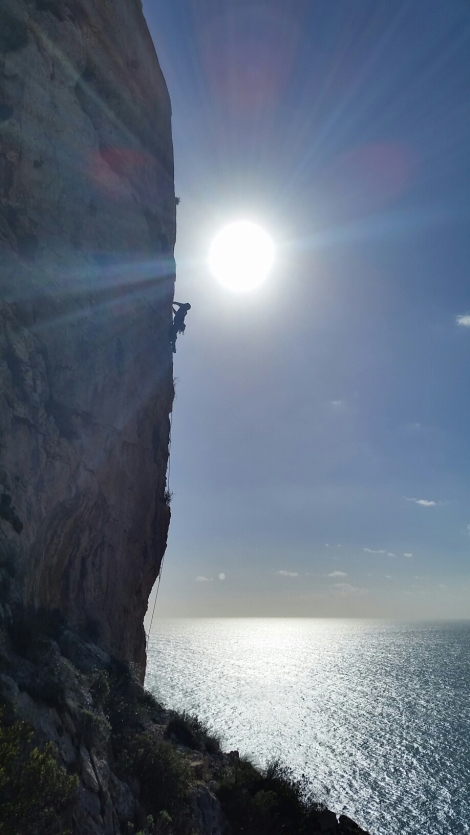 We also did a very sandbaggy 6a (my arse! ) on the lower tier – crappie route but photogenic

And a long 3* 5. Not the greatest crag – maybe pop back for the routes on the shady NW face on a hot day…