The weather perked up, and so did the spirits. Teams set off for all points of the climbing compass, with Helen leading the biggest party to Murla, a few car-loads going to Gandia and Guadalest, and others making exploratory forays elsewhere.

Hamish and I teamed up, with a couple of possible objectives in mind: A route on the Penyon or a trip down to the Pirates of the Caribbean Sea caves. With no coin to hand, we resolved our indecision by flipping a table mat instead, which came up ‘wine stain’ so we headed for the Penyon.

Nine pitches and about 300m of climbing, I was already beginning to question the wisdom of the casual start as we uncoiled ropes at 12.30 – especially as I’d agreed to cook for the multitudes that evening. No pressure there then!

There’s no chance to warm up – the first pitch is the crux, 35m of gently overhanging 7a+ up cracks and pockets,  slightly soapy from the sea fret. 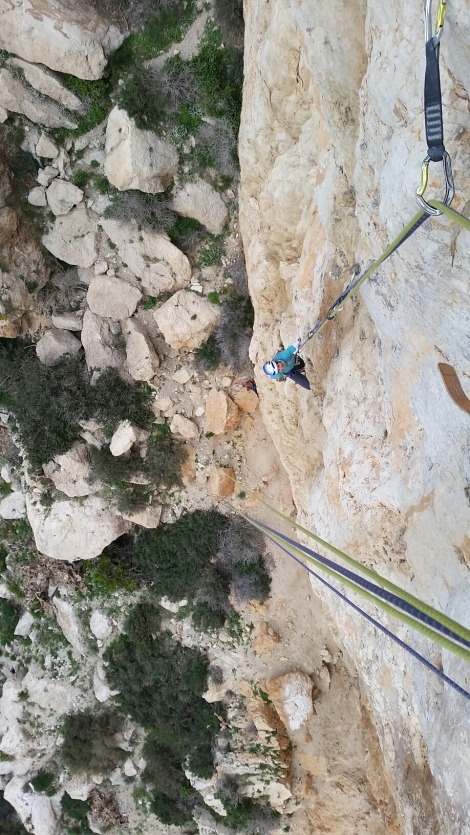 A bulging 6c+ pitch followed leading into a spectacular world of caves – a succession of house-sized hollows through which the pioneers had traced an unlikely series of pitches of 5+ to 6b+ on generally sound but outrageously steep rock! 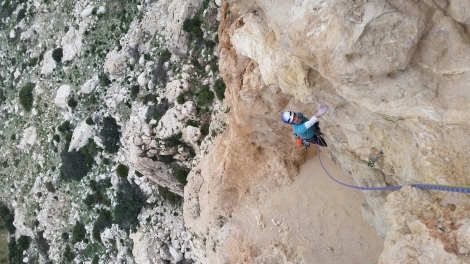 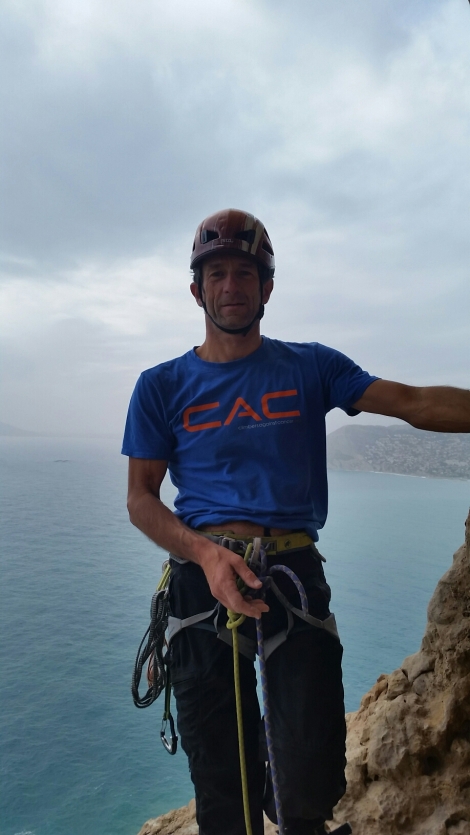 Conscious of the abuse I’d get if dinner wasn’t served promptly at 8pm, I was relieved to top out just after 5pm. After a jog down through the last remains of the tourist walkers and then a diversion back to the foot of the route to retrieve our gear, we were back and chopping veg by 7 🙂

With some careful juggling of tables we had 26 squeezed in for Fennel and Salami pasta. Smiles all round and tales of sunny cragging from everyone – the mood no doubt assisted by lashings of beer and wine.