Jaraba-Daba-Do! …as Fred Flintstone would say.

This crag was recommended to us by a couple from Zaragoza who we met at the Moraira sea cliffs, and gets 5 crabs in Donde Escalar – it had to be worth a look. The climbing is situated on either side of a deep gorge, formed by the collapse of an underground cave/river system. The river occasionally surfaces with thermal pools which provide Jaraba’s main claim to fame as a modest spa resort. 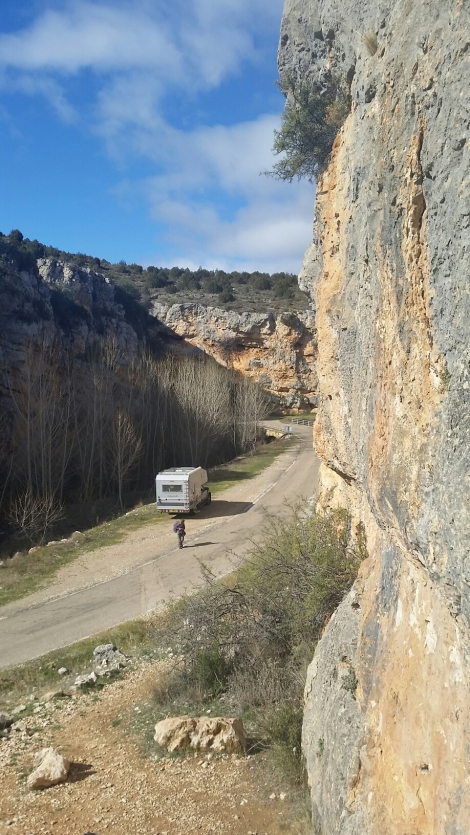 Don’t be fooled by the blue sky – air temperature was about 5C and there was a stiff breeze blowing, so we were climbing in belay jackets!

Fun routes, but stiff grades, especially on some of the older and therefore more polished lines.

We persevered, even after the sun disappeared behind afternoon clouds, but called it a day when it started to snow!