With Paul just back from France and term starting next week we had a narrow window for a catch up and a climb, which seemed to coincide with a dry forecast for The Lakes. Things were looking pretty glum as we drove through Ambleside in persistent heavy drizzle, but we pressed on to Borrowdale out of sheer bloody minded optimism. You’d have to be an optimist to head for the wettest place in England in search of dry rock… It didn’t look promising as we parked at the Bowderstone car park and headed up to Quayfoot Buttress 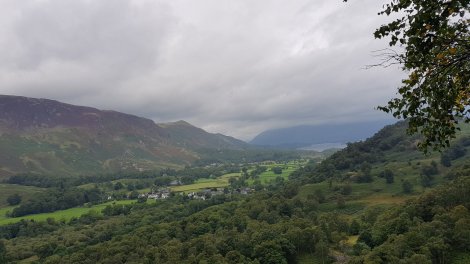 … But we geared up and did Mandrake, an excellent 3* HVS. Damp in places and with some light drizzle, but great holds and good gear allowed it to be enjoyed despite the conditions.

Paul decided to up the stakes and set off up Go Between, despite a few more drops of rain – an E2 with a couple of stiff moves and spaced gear on the slabby wall to the left. Impressive lead on the day, with one “smear and hope” move feeling particularly pokey.

We then wrapped up the 3* routes with Crypt Direct, a tricky E1 that takes a thin groove that also forms a natural drainage channel – not ideal and also a little scary!

The sun made an appearance as we left the crag

Despite being somewhat dirty in places and with a few water streaks, there were a few doable looking routes. Paul made a great job of Finger Flake Finish E2 and I just about managed Guillotine E3 – both outstanding on sharp positive holds through very steep ground, with the latter a bit more sustained but much better protected (if you can hang on long enough to place it) 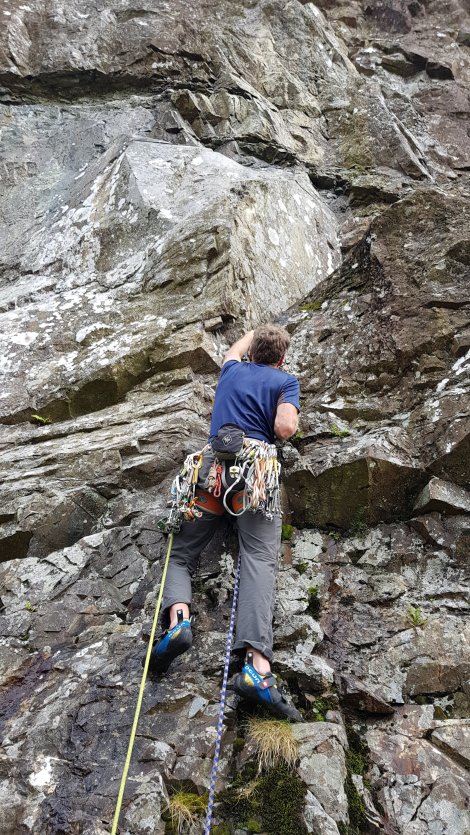 … and of course the sun arrived just as we were leaving. 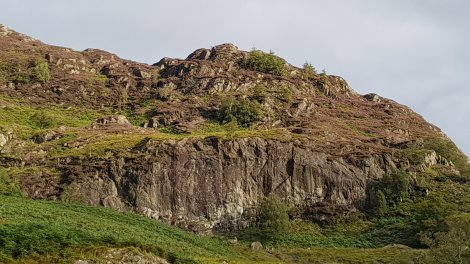 No complaints though, after a great day. 5 routes, 15 stars and 8 E points, not to mention some good craic 🙂