We’d tried to find Granada’s most traditional and spectacular climbing area on a trip about 23 years ago, and didn’t make it to the car park. Armed with GPS and a guidebook this time, we at least managed that (though it’s easy to see how we foundered at the village of Monachil last time!)

It’s an impressive spot, very much a tourist and walking destination as well as major crag, with hundreds of single and multi pitch routes on either side of a huge gorge. Much of the climbing is on the shady side, so we headed for the sunny sector Eras. 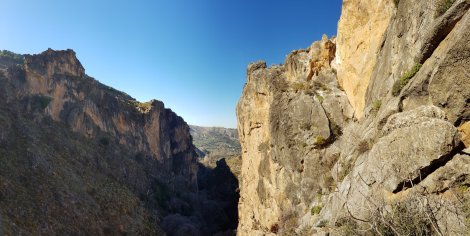 We’d been warned that the grading here is beyond “stiff” and actually operates to a completely different local system, about two letter grades above the norm. Just as well, as the couple of 6as we did (Placa Carlos and Piscis) both felt nails and pretty runout too (half a dozen bolts in about 25m).

Great climbing though, feeling more like Alpine granite than Spanish limestone, with jamming and laybacks being the name of the game.

That was quite enough for one day – a place to come back to though, either with more mojo for the bigger routes or on a really hot day to appreciate the shady side.

*Footnote: our two routes get 6b+ and 6a+ respectively in the updated version of the guide so a modicum of self respect is restored! 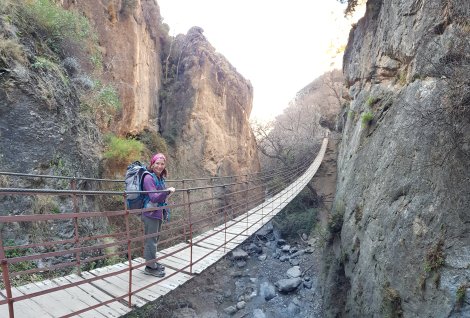 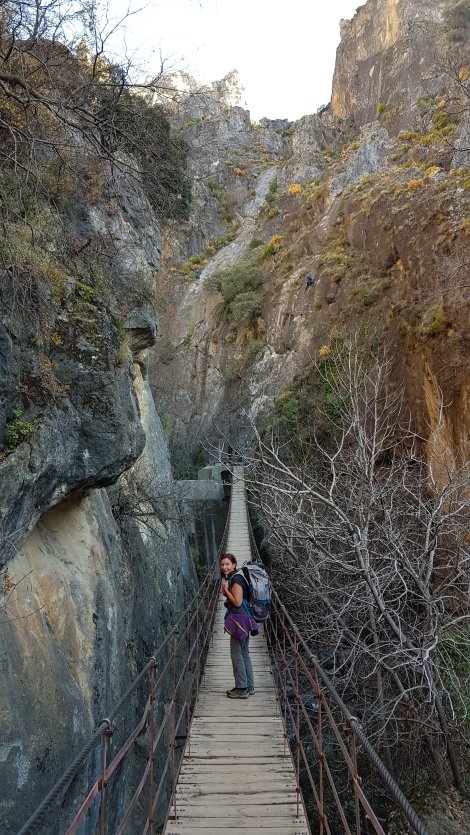