The forecasts had been promising a grim start to the final week of SunRock 2019, with various doom-laden projections including inches of rain and even snow. In fairness, the “official” Rucksack Club meet ended yesterday, so strictly speaking I’m off the hook. Nonetheless, it was a fairly gloomy bunch surveying a very gloomy outlook this morning (overcast and damp, but thankfully no snow!)

Happily, Jake injected a much needed dose of enthusiasm and we leafed through the guidebook reviewing options for climbing in the rain. There are plenty of caves in Leonidio, and almost a third of the 60+ sectors have an umbrella sign, meaning climbing may be possible in the rain. We settled on Elona as being close to the road as well as steep enough to keep the rain off. We’d visited on our last trip but seeking shade on that occasion https://rockaroundtheworld.co.uk/2017/10/19/elona/

It’s a magnificent crag in a stunning location, tucked behind the picture-postcard Elona Monastery and with views down to Skiadianiko.

The natural umbrella keeps the crag completely dry from the rain, but unfortunately the process that made the impressive curtain of tufas is still at work and there was a rivulet of water running down every one of them.

A little further up and right is an upper crag which features fewer tufas and easier routes, but still enough steepness for some rain shelter. Here’s Jake on the unlikely line of Last Chance for a Slow Dance, 6b+, which takes a preposterous hanging arête on surprisingly positive flakey holds. 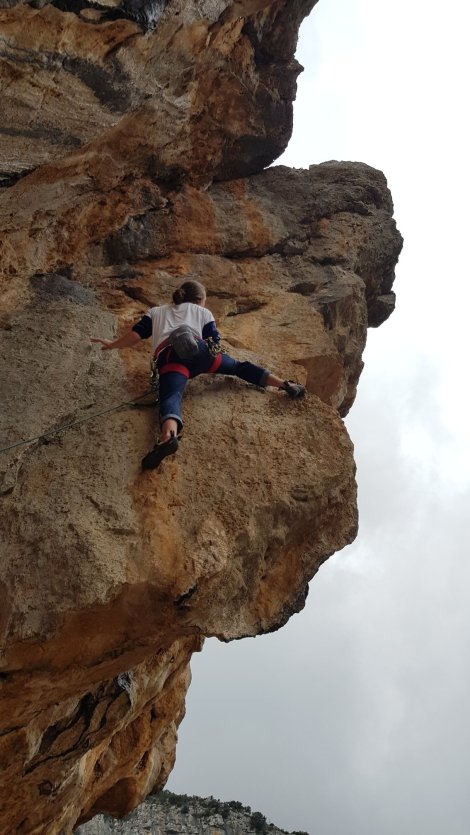 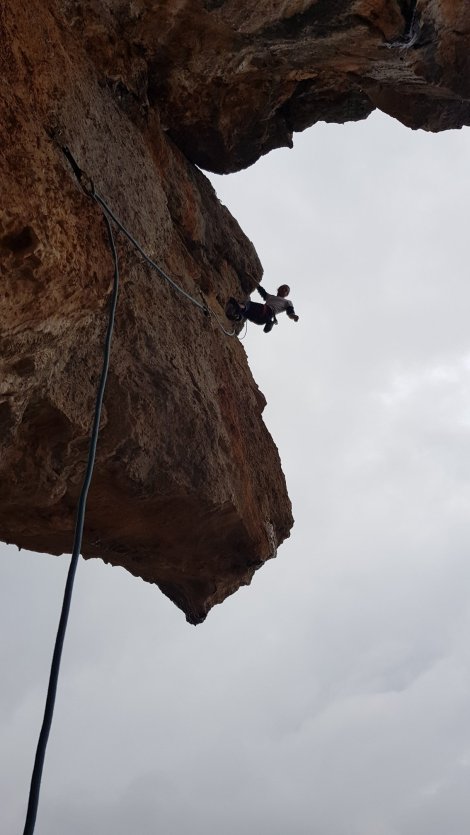 There’s even a very good 6a+ up the overhanging groove to its left, Bibo, that stays dry.

The more vertical section of rock to the left was also looking fairly dry, so Jake led Techno Berlin, 6c+

…before the heavens opened…

This forced a tactical retreat to the main wall and a survey of the least-wet tufa. Here’s Jake on Bert, 7b+

(no, the above picture isn’t rotated 90 degrees! Here’s a picture showing the actual angle) 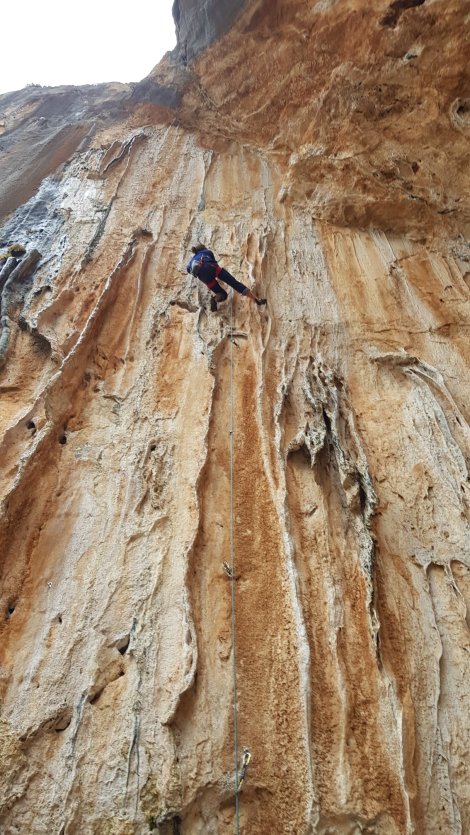 That prompted a change of venue and a revisit to Twin Caves (about 12C colder than yesterday) which is also ever-dry and has tufas that seep a lot less. We weren’t alone with this idea, and there was a multinational gathering of Swedes, Czechs and French which made for a good crag vibe. Here’s Jake on Bonobo, 7b+ 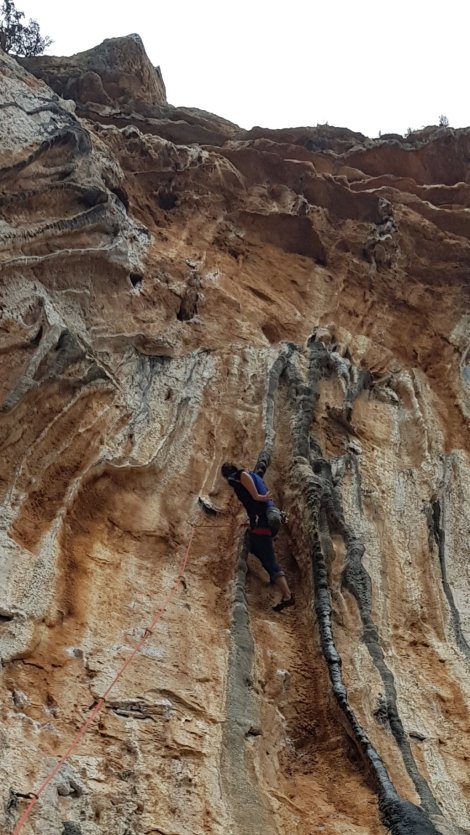 (here he is on the right making the most of a cunning rest), with a random strong Brit girl on Chipotle, 7c to the left.

That was a lot more climbing than we expected to wring from the day, so we quit whilst we were ahead and gave in to the siren calls for beers in Panjika…