With Saturday’s deluge behind us, it was still pretty chilly and some early drizzle had us wandering up to the crag around noon. Surprisingly, the whole of the Theos / Mad Wall area was pretty much bone dry, and we found Steve, James and Chris already ensconced on Theos Pillar. Here’s Steve on Omada, 6a 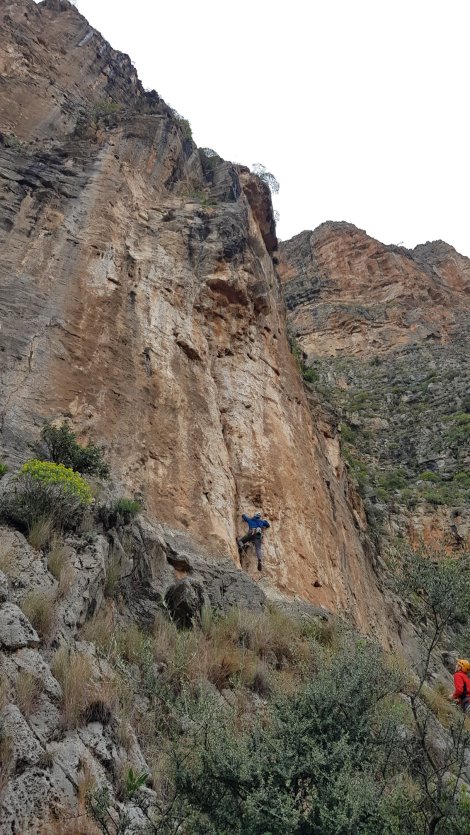 … and just about visible towards the top of the same route in the shot below, featuring a somewhat sombre sky in the background.

Jake and I pressed on to Theos Cave and were surprised to have it to ourselves – it must be the best cold/wet weather sector in the area; facing due south with a solar-concentrator bowl shape (not that there was any!) and built in umbrella.

We warmed up on Partouxa, 6b and very good 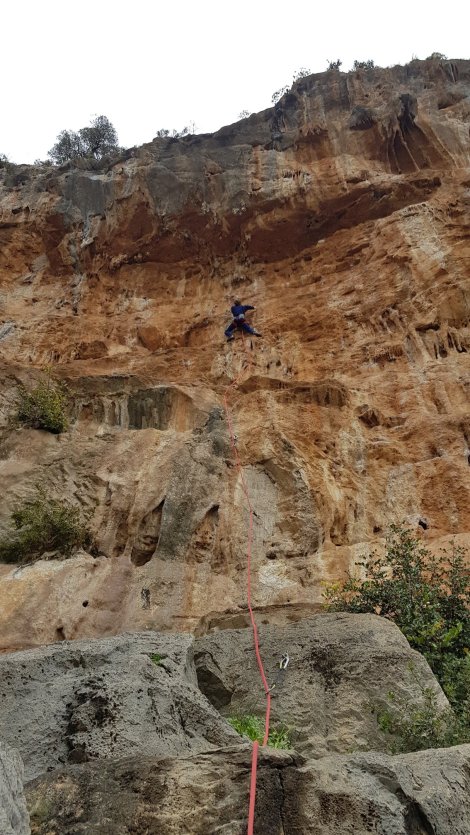 Then jumped on the classic Zeus, 7a (which had had a continuous stream of traffic the whole time we’d been here a week ago) 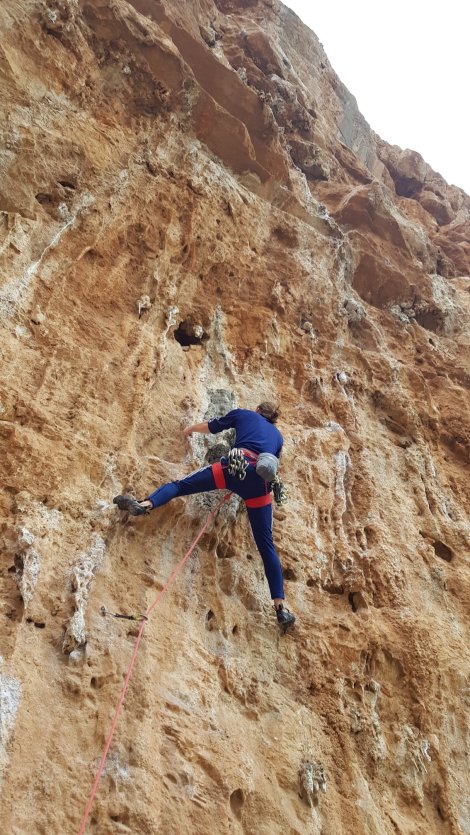 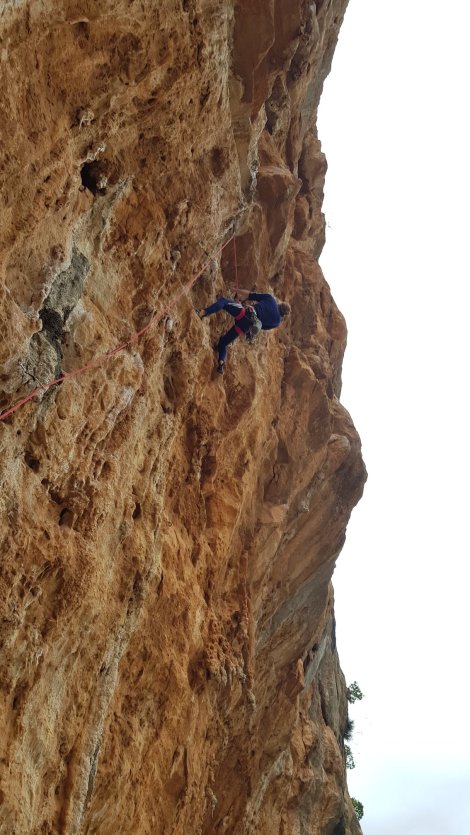 Jake made short work of the route and pressed on for the 7c extension – comfortably seeing off the bouldery moves above the belay and then hanging in for the duration on the crimpy steep upper wall. 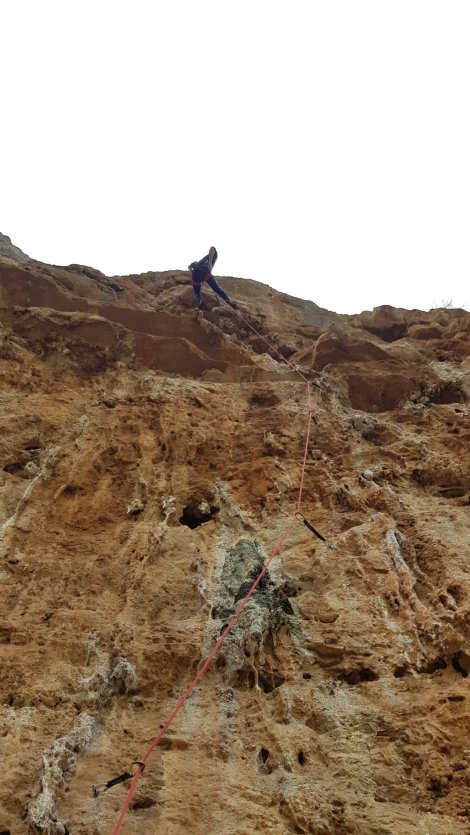 Next up was Psili Kamilopardali, 7a+, which was completely awesome – sustained steep climbing on tufas and other good features with a couple of good rests and no desperate moves. Just my cup of tea!

Meanwhile Dave, Cec and John all put in an appearance on Theos Pillar and Helen and Tash did a couple of routes (more than a YECTOYD!) on Picolo Muro before heading for hot chocolate and cake in the bar. Sensible, as the drizzle restarted just as Jake set off for a “warm down” on 51%

Not a bad team result from a very unpromising day!